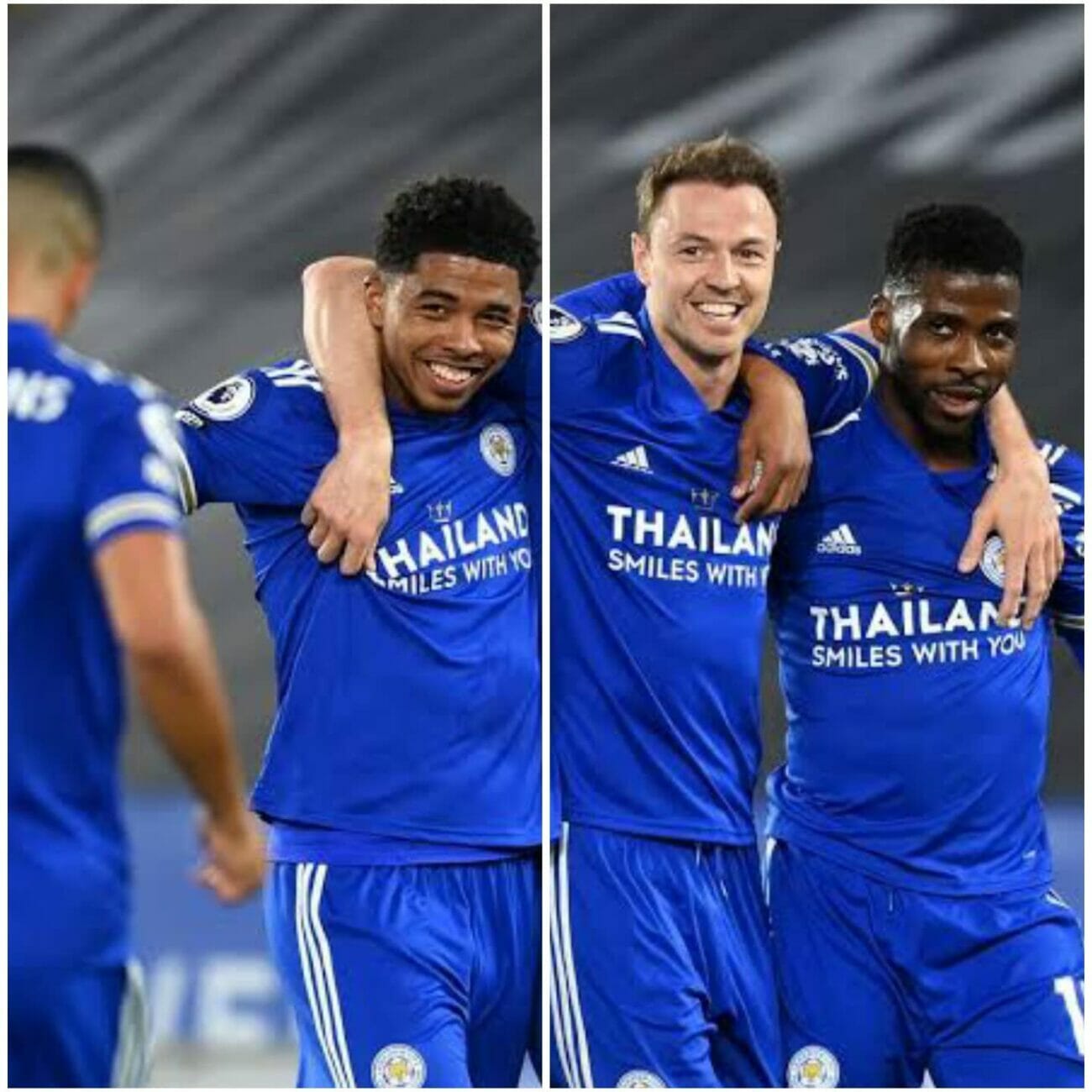 Super Eagles forward, Kelechi Iheanacho led the Foxes attack as Leicester City suffered a shocking 2-1 defeat to Rennes in the second-leg of their UEFA Europa Conference League round of 16 clash, at Roazhon Park stadium, Rennes city, France, on Thursday.

His compatriot, Wilfred Ndidi was also in the Brendan Rodgers’ squad, though he hobbled off after picking an injury.

Benjamin Bourigeaud gav Rennes the lead before Leicester’s Marc Albrighton pulled up and was subbed off.

Lookman came close to getting an equalizer for the Foxes in the 31st minute but his shot deflected wide.

Wesley Fofana finally brought the Foxes back to the game after scoring a brilliant game in the 51st minute.

However, Leicester City cruised into the quarter-finals of the competition on 2-3 aggregate.