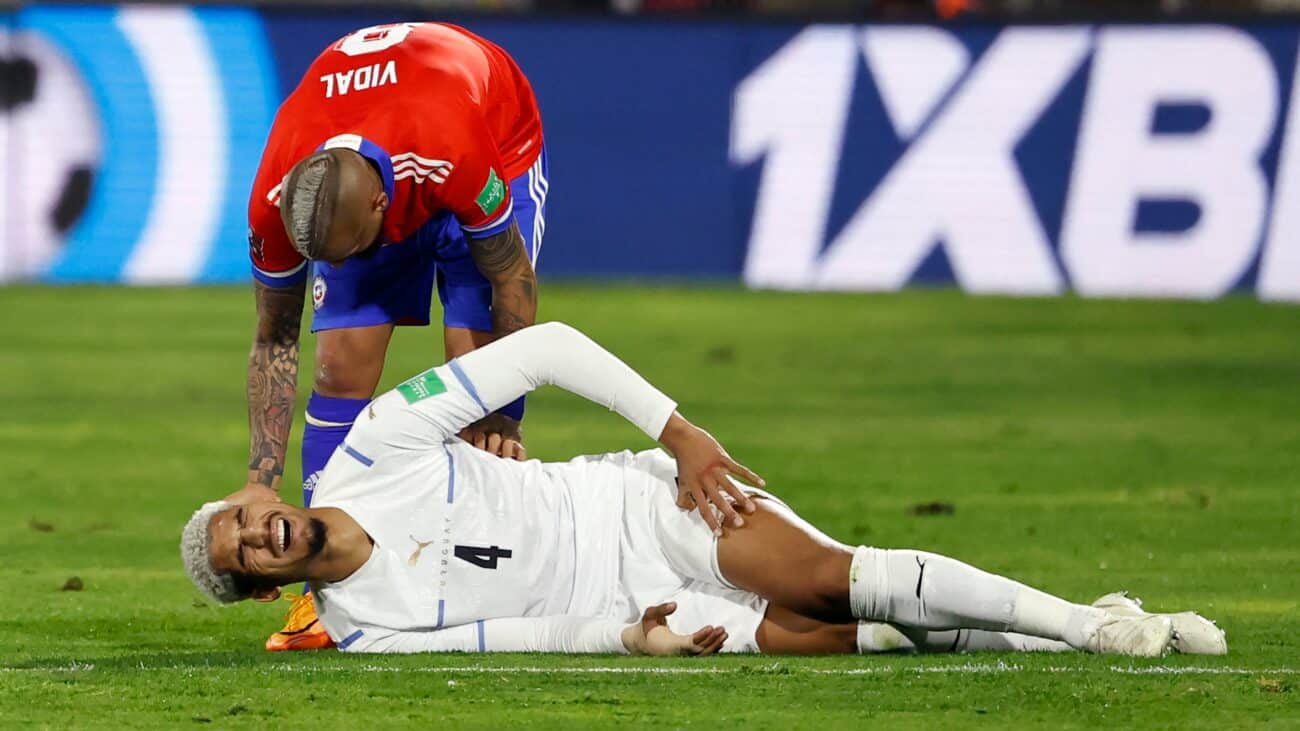 Ronald Araujo, a defender for Barcelona, will have surgery on his right thigh this week and might not play in the World Cup, according to sources who spoke with ESPN.

The Uruguayan player suffered an injury in the opening moments of his nation’s 1-0 friendly loss to Iran on Friday.

Tests performed after Araujo’s return to Barcelona revealed that his adductor longus tendon had been injured.

The 23-year-old was hesitant to have surgery because the World Cup is less than two months away, but after speaking with Barcelona coach Xavi Hernandez and club physician Ricardo Pruna on Monday morning, the player has decided to have the procedure.

A surgical procedure reduces the likelihood of relapse. However, recovery will be slower than if Araujo chose a conservative course of action.

Barcelona have not stated how long he will be sidelined, but it’s possible that he won’t be able to play for the team again until the end of the year.

Araujo will miss several games, including the Oct. 16 league Clasico against Real Madrid.

According to reports, Lasse Lempainen, a renowned surgeon who has previously operated on Ousmane Dembele and Sergi Roberto of Barcelona, will perform the surgery on Araujo in the coming days in Finland.

Barcelona and Araujo will have a better idea of the recovery period once the procedure is over. However, he will probably be out for 10 to 12 weeks.

The World Cup campaign for Uruguay gets underway against South Korea on November 24.