Monalisa Chinda, Uche Ogbodo, others applaud May Edochie for taking a stance against polygamy 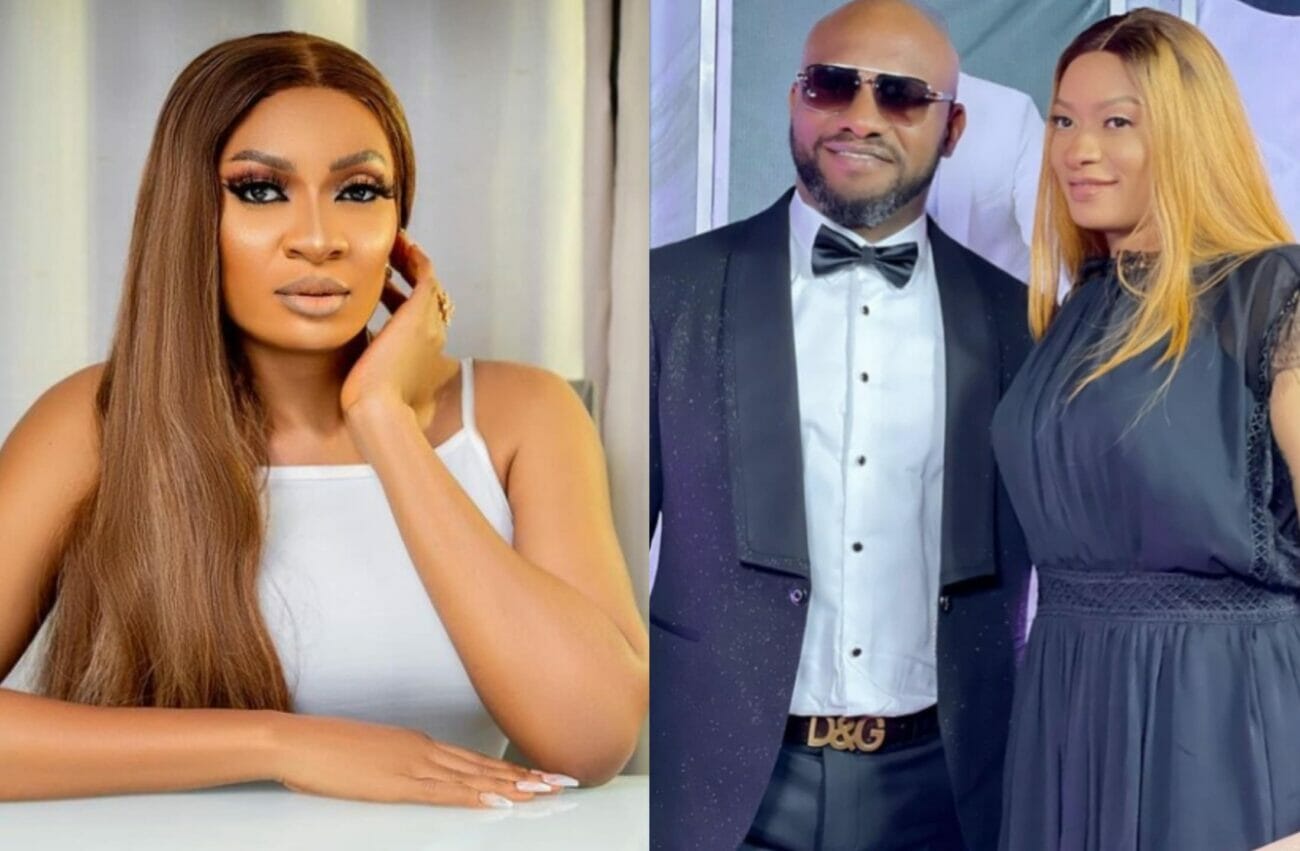 Nollywood actresses and fans of actor Yul Edochie’s wife, May Yul Edochie have drummed support for her as she navigates her marriage to the actor.

The mother of four took to her Instagram page hours ago to address her marital stance with the actor following a viral post where he stated that they were still married.

The couple’s marriage became strained following his marriage to his colleague, Judy Austin.

May Edochie revealed that she wouldn’t be numbered as a wife or cajoled to accept a practice that does not align with my faith and family values.

The mother of four in a lengthy post on her Instagram page revealed that they jointly own their house, hence, the reason she and the actor live together.

For her, polygamy is a life choice and no one should be compelled to accept it.

May hinted at forgiving her husband, Yul for his mistake as she noted how everyone deserved an opportunity to make things right when they stray.

“The ability to accept or tolerate challenges and problems in life is a virtue, and should not be misconstrued. There is no point making an already bad situation worse, hence the need to remain calm is crucial. I understand that we all have our weaknesses and limitations as humans, and I personally believe everyone deserves an opportunity to make things right when they stray… Forgiveness is divine.

Beyond all unnecessary facades, Polygamy is a life choice and no one should be compelled to accept it. It is something I think all parties involved should embrace willingly, and it’s okay for anyone for anyone who chooses it. Some regions/traditions allow polygamy and I have nothing against it. However, I am ABSOLUTELY against it. However, I am absolutely certain that I will not be NUMBERED as a wife or be cajoled to accept a practice that does not align with my faith and family values.

God blessed me with a happy, peaceful and lovely family in a beautiful and JOINTLY built ‘mansion’ that started from little or nothing….humble beginnings. What more could I have been asking for? I had a stable and loving home prior to the unprecedented events regarding my marriage ….”. Read more here.

May Edochie received lots of support from actresses and her fans as they hailed her for being strong-willed.

Tana Adelana wrote, “My darling May!

Uche Ogbodo wrote, “God is your strength May. Keep being strong & beautiful

On her comment section, many of her fans praised her for her decision.

Real beebee wrote, “She’s letting you all know they built the house together. No be Yum get house but both of them. Thank you May

Nne Amaka wrote, “Queen May has her head on her shoulders this particular kind did it for me “I will not be numbered as a wife or be cajoled to accept a practice that does not align with my faith and family values. Let them know

Peter Eyes wrote, “Life no balance sha if I get this kind wife j go dey loyal you are beautiful with character I love you God bless you

Dudes Damzels wrote, “Well said! Polygamy is against the Christian belief and if I wasn’t your choice or you were not preinformed before the extramarital affairs, then you must not be cajoled to accept it. May God continue to strengthen your. Amen

Elle Beautern wrote, “You are a voice to so many women that have taken bullshit from their spouse because they don’t have an outlet or choice to make due to the misogynistic and patriarchal society that subdue women. I love you. You cannot be numbered as a spouse Gbam.

Lilian Chuka wrote, “From the onset of events… She is still standing by what she said… No mixing..she won’t be cajoled to accepting what she doesn’t believe in. And she won’t be number as a wife! You are a queen. Keep winning nne.

Stacy White wrote, “I will not be numbered amongst wifes!!! This is it for me. Can’t be forced into what works against your faith…that’s number two. You’ve said it all. A queen and more”.