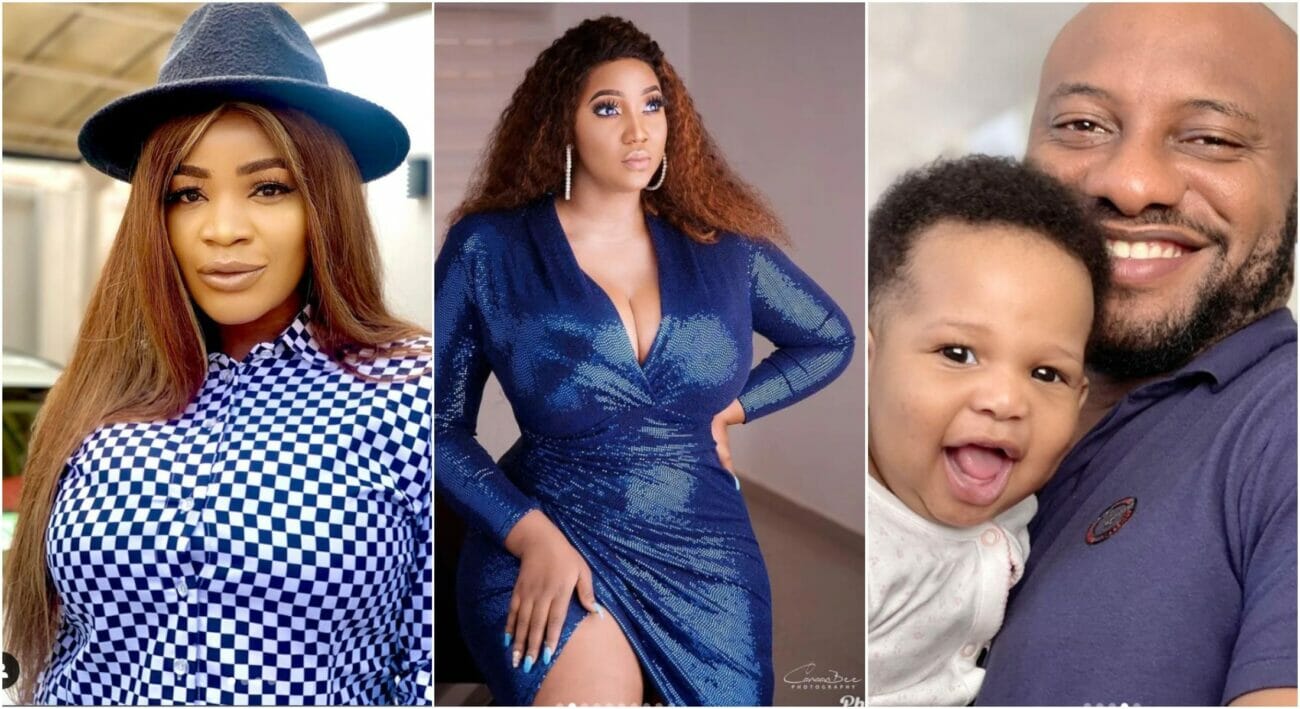 The actress who has been dragged mercilessly for pitching tent with both parties, took to a blog’s comment section to make the new revelation.

Uche was dragged for leaving a flattering comment on Judy Austin’s page and at the same time, encouraging May Yul Edochie as she navigates through her relationship.

Responding to the backlash, Uche Ogbodo dragged her colleagues as she spilled juicy details about their affair.

Uche stated that she isn’t an hypocrite for showing love to the two ladies. Exposing her colleagues, she called them the true chameleons for keeping mute during Yul and Judy Austin’s 6years relationship.

Uche Ogbodo clarified that her sympathy for May, wouldn’t allow her inherit enemies.

“On a second tot I recon I had to come back to this. First off I’m not a hypocrite but a true one man soldier who stands on truth regardless of any ones pain of displeasure! Y’all true chameleons are all those Nollywood people who knew that this relationship has been ongoing for the past 6 years but never mentioned it to May till it was too late now they are taking sides. Me I am true to myself and will remain so! In as much as I sympathize with May on her pain, I will not inherit enemies. Everyone created by God is Human and I have no power to judge anyone. I will continue to be friends with all the parties involved till they find a peaceful ground. Fuck y’all haters! God bless the Edochies”.

This isn’t the first time, Uche is defending her public stance for Judy Austin.

Uche Ogbodo had opined that nobody can bring her down no matter how hard they attempt to act otherwise.

This came amidst the backslash Uche Ogbodo had received for congratulating Yul Edochie on his new marriage to alleged homewrecker Judy Austin.

In a post shared on her Instagram page, Uche Ogbodo expressed appreciation to God, family and supportive fans stating she was highly favoured, and no weapon formed against her will ever prosper.

Uche Ogbodo said nobody can bring her down because she was a good person and always stand on the side of the truth.

The actress added she would continue to live her life in line with God’s teachings and her parents’ directions, who birthed her.