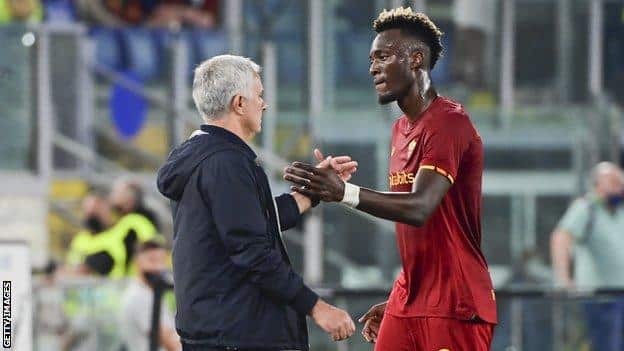 Tammy Abraham is not surprised that Jose Mourinho, the coach of Roma, is being pursued by both Portugal and Brazil, as he regards Mourinho as a “uncle” figure.

The Giallorossi manager has been linked with a departure, though, as both Portugal and Brazil are looking for a new coach after losing in the quarterfinals of the World Cup in Qatar.

Roma striker Abraham told La Gazzetta dello Sport that any team would be lucky to have Mourinho, and he gave the 59-year-old coach credit for his own growth.

“Jose is a great coach, everyone wants him,” Abraham said. “It’s also an honour that an important national team like Portugal is looking for him, but I’m sure the coach is focused on the team.

“We’ve read the news on social media, but we haven’t discussed it. We’re all focused on Roma.

“He’s a point of reference, I consider him to be like my uncle in Rome. He wants the best for me, when I don’t express myself at my best, he pushes me.

“Even when I play well, he’s never satisfied and that’s what I need. I’m not the type for pats on the back, but I need that trust he shows in me every day.”