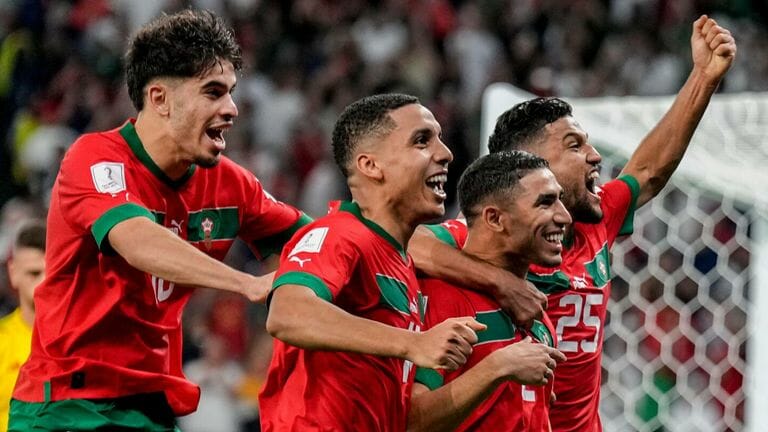 Following a scoreless draw with Morocco, Spain’s terrible set of penalties sent them home from the World Cup.

Although Luis Enrique threatened to remove his players from the team if they didn’t practise their penalties, they failed all three of their attempts.

Spain made an early attempt to establish its dominance. They quickly adopted their tiki-taka style in an effort to starve and exhaust the north African side of the ball.

Although it was Spain’s to own it, Morocco was the owner of any glitz.

They established a strong defensive position in their own zone and actively sought out opportunities to quickly exit; this strategy was fruitful.

the energizer There weren’t many opportunities for Sofiane Boufal to humiliate Marcos Llorente despite her twinkle-toes down the left. The best of the half-chances were wasted by Nayef Aguerd, who failed to perform better than he might have anticipated.

Spain, on the other hand, was not exactly getting their way. Yassine Bounou, the goalkeeper for Morocco, who was intent on playing out from the back when he really shouldn’t have been, actually seemed to be their most inventive outlet.

Fortunately, the offside flag was raised when he was finally exposed, saving both teams from embarrassment and preventing Spain from somehow forcing the ball into the goal.

The second half was so monotonous that the first had been uneventful. When it broke down, Morocco continued to block, pounce, and retreat as Spain continued to pass. But as the half went on, Morocco’s threat diminished.

Alvaro Morata, who Spain would have preferred, was the recipient of their best opportunity of the second half. When unmarked in injury time, he could only head high and wide. To force overtime, Bounou was then required to block an in-swinging free kick from Olmo.

Extra time had a similar structure. Ansu Fati and Alex Balde were introduced by Spain to shake things up, and Morocco occasionally had to use last-ditch defending to keep the scores level.

However, Morocco received the big opportunity. Walid Cheddira created space for himself in the box and should have scored, but Unai Simon stopped his feeble effort.

Spain had one final opportunity to win without using the penalty shootout, but Pablo Sarabia nearly ended extra time by hitting the post with the last kick.

Sarabia, Carlos Soler, and Sergio Busquets all narrowly missed in the shootout, allowing Madrid-born Achraf Hakimi to win it and advance Morocco to the World Cup’s round of eight. They would be made to pay for that as well.