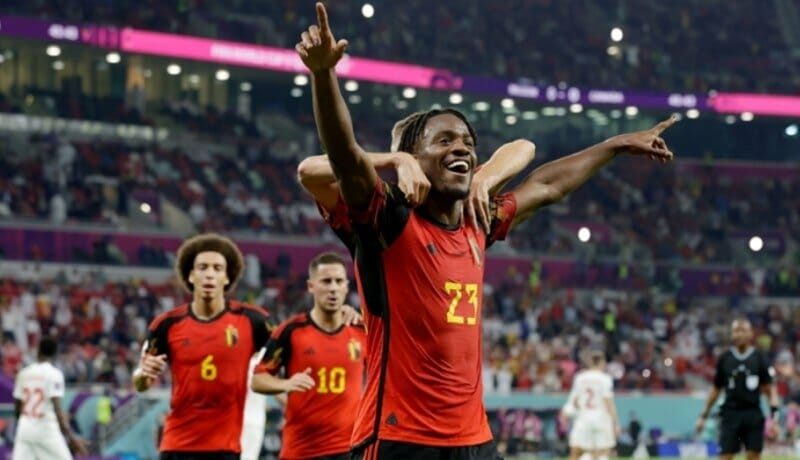 Belgium defeated a spirited Canada 1-0 in their 2022 World Cup opening at the Ahmed Bin Ali Stadium, thanks to a goal from Michy Batshuayi.

Batshuayi’s 44th-minute strike was enough to settle a tense Group F clash in the Red’s favor in the absence of Romelu Lukaku.

Thibaut Courtois saved an early Alphonso Davies penalty as Roberto Martinez’s side toiled against the nation ending their 36-year hiatus from the finals.

Nonetheless, Belgium extended their group-stage winning streak to eight games, the most in the competition’s history (level with Brazil).

Belgium had a rocky start against the Canucks, who were awarded a penalty when VAR deemed Yannick Carrasco had touched Tajanan Buchanan’s attempt in the box, but Courtois guessed perfectly by diving to his right to keep away Davies’ weak spot-kick.

John Herdman, the first coach to lead a country to both the men’s and women’s World Cups, saw his team maintain the bigger attacking threat.

But, shortly before halftime, Belgium took the lead against the flow of play, with Batshuayi latching onto Toby Alderweireld’s long ball and blasting past Milan Borjan.

Despite having the advantage in possession, Belgium continued to seem off their game, with only one shot on target after the break.

Canada attempted to capitalize by bringing on top scorer Cyle Larin, whose header forced Courtois to make a save with 10 minutes remaining, but they were unable to equalize as their opponents held on for a narrow victory.