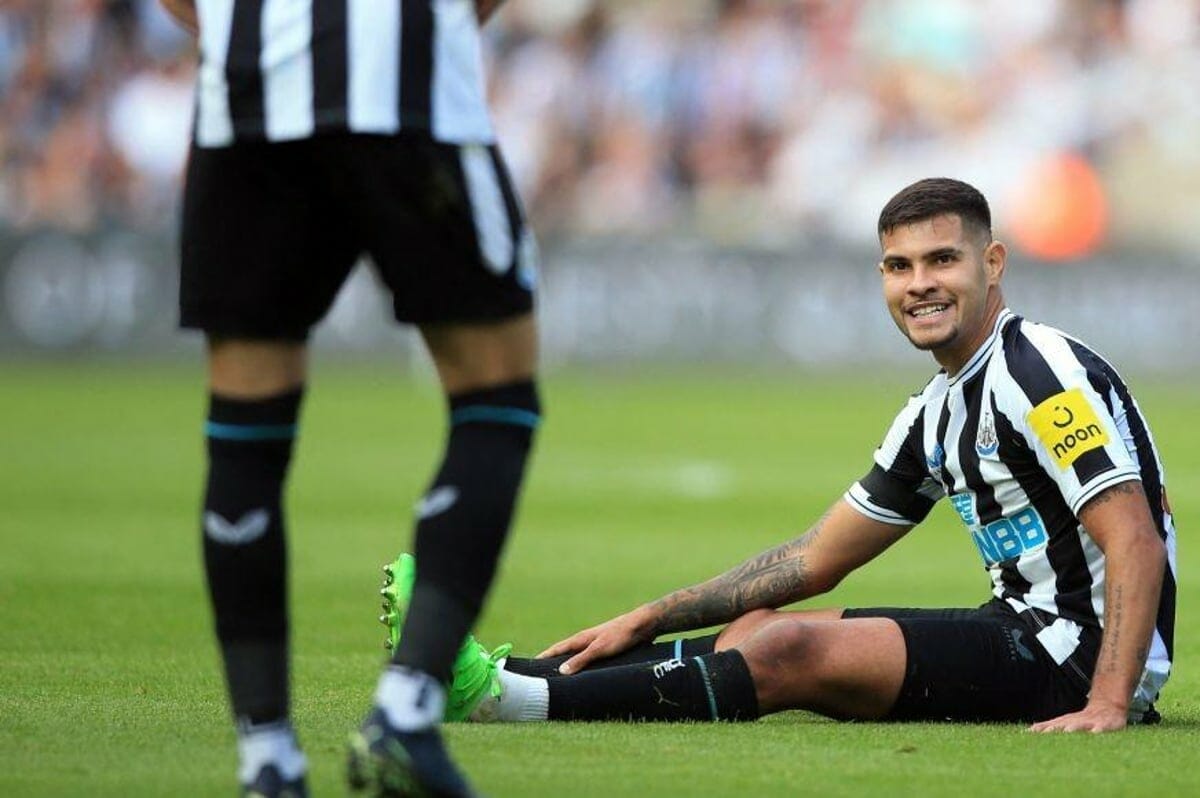 Newcastle United have been handed a double blow with injuries to Bruno Guimaraes and Alexander Isak while on international duty.

Prior to Brazil’s 3-0 triumph over Ghana last Friday, midfielder Guimaraes strained his thigh during training. He was unable to participate in the friendly.

The former Lyon player withdrew from the squad and returned to Tyneside in order to be fit for the weekend’s match against Fulham.

The Brazilian suffered a hamstring injury in the League Cup victory against Tranmere last month, forcing him to miss three weeks of action. The setback occurred just one week after his return.

Club-record signing Isak also jetted back to the north east after suffering a calf injury whilst away Sweden.

The £60 million player is anticipated to miss up to three weeks, leaving Eddie Howe with limited offensive options.

While backup striker Chris Wood is battling a rib injury and is questionable for Saturday’s trip to Fulham, winger Allan Saint-Maximin is working his way back to full fitness following a hamstring strain.

However, Callum Wilson’s return to practise after missing the previous seven games with a hamstring injury may help save Howe’s face.

Since beating Nottingham Forest 2-0 on the opening day of the season, Newcastle has gone winless in six straight Premier League games.

The Magpies are now tenth in the standings, however since beating Steve Cooper’s team, they have lost once, drawn five games, and lost five.

Howe is aware that his team must swiftly convert draws into victories in order to save his team from falling into the bottom three, since there are only four points separating 10th and 18th place.