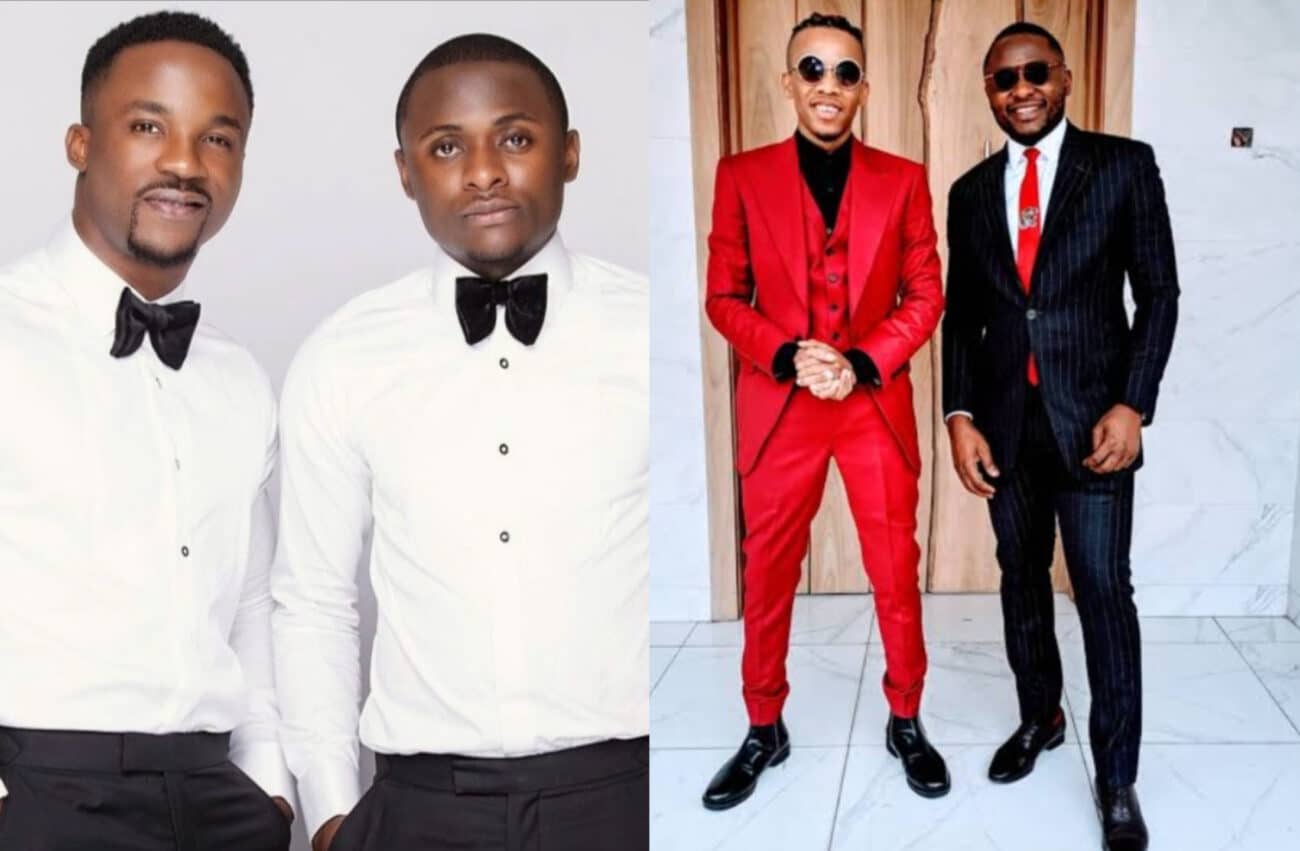 Media executive and talent manager Ubi Franklin has recounted how his world fell apart following the loss of his singers, Tekno and Iyanya.

Recounting the experience, Ubi revealed he lost confidence when the top singers left and though, he tried to build the label up, his efforts were in vain.

However, he now has them back and has more artistes signed to his label.

Ubi Franklin further bragged about how he has over 30 HIT records and over 230 songs under his label.

“For people who do not know, I have more than 30 HIT records under my record label, @mademenmusicmg from @iyanya x @teknomiles. Everything was going fine and in 2016 lost Iyanya left and Tekno stayed back till 2018 December and I had to build back again, I lost confidence, I thought I couldn’t do it again, but I pushed forward, today I have them back and more Big Artiste I manage. From 2009 till date I have released more than 230 songs under my company. We keep pushing, more to come.

Made money and I have lost a lot of money, I just wana write a book, been through good and bad times and God keep us going. Only God can keep you going, Always trust God”.

This isn’t the first time, Ubi Franklin is opening up on the loss.

Ubi Franklin speaks out on fallout with Iyanya

Ubi Franklin had stated that he almost killed himself when singer Iyanya left his Made Men Music record label.

The twl engaged in a war of words concerning their past business relationship which turned soar when the singer left the record label at a time when he was one of the top selling musicians in Africa.

Speaking about how he felt when Iyanya left, Ubi Franklin said:

“I didn’t want him to go, I wanted us to fix whatever were the issues. I didn’t know he had made up his mind. Bro, do you know Iyanya left on the same week my wife left?
So I nearly killed myself. I attempted suicide several times because I felt my world was down.”

“I went asking people for help, to see how they can help me talk to him to not leave me. But he didn’t listen, his mind was made up because Temple was calling him, Mavins were calling him as well. Which I don’t blame them because of what he told them. Me, I have proof of everything. I’m a documented guy.”

Iyanya tells his side

On his part, Kukere singer, Iyanya, had claimed that Ubi cheated him while they were establishing the label, Made Men Music Group. According to Iyanya, though he signed all relevant documents, he was shocked to find out that his name was not on the documents submitted at the Corporate Affairs Commission. Shortly after, Ubi released some documents that actually contained Iyanya’s name.