ASUU Strike: Uche Maduagwu reveals he was arrested for protesting on bra in Lekki 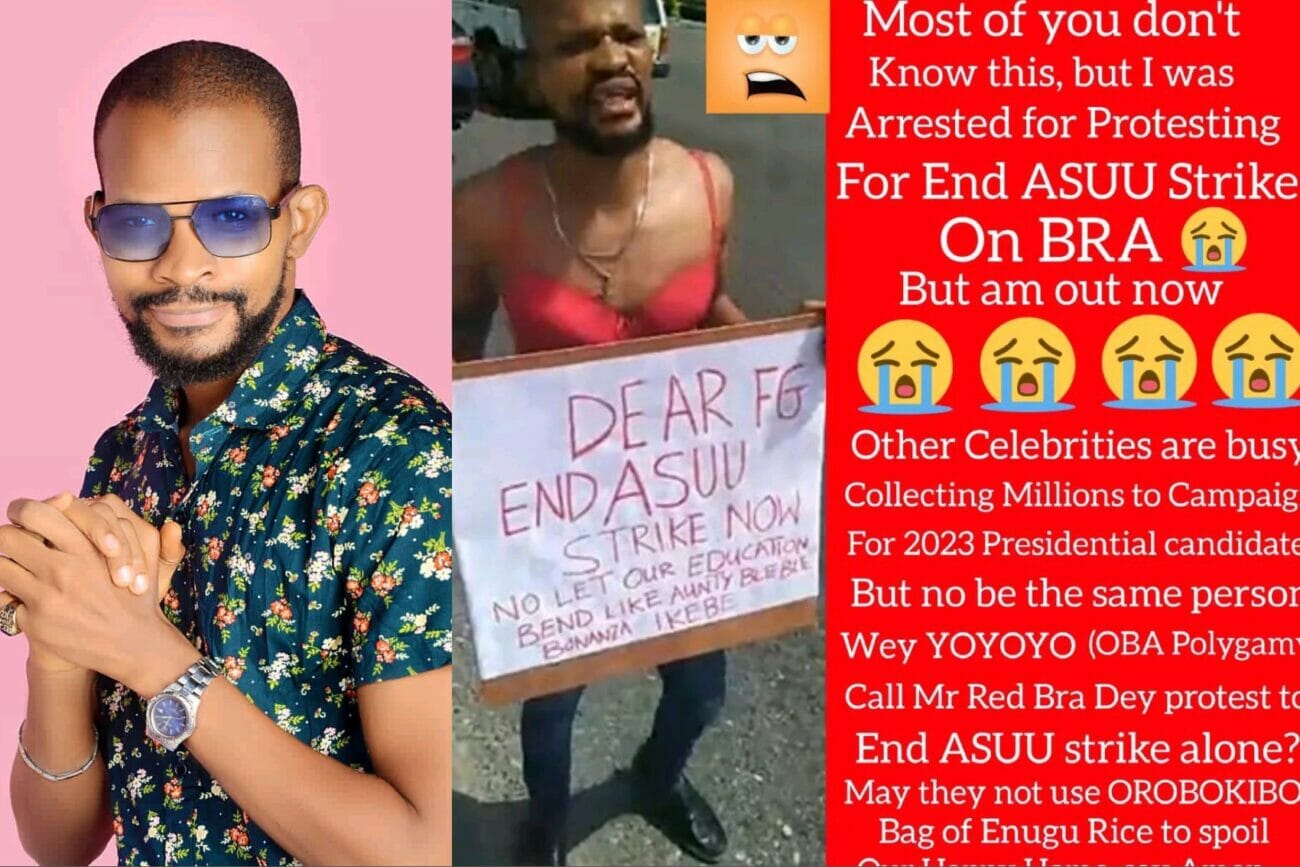 Controversial actor and brand influencer, Uche Maduagwu has revealed he was arrested in Lekki on Tuesday, 3rd October, for his solitary protest against the Academic Staff Union of Universities strike.

Kemi Filani news reported that Maduagwu
shared a video on his Instagram page when he staged the solitary protest. However, he dressed unconventionally as a man – he wore a red brassiere, and trousers and held on to a placard that read;

In a new development, Maduagwu said he was arrested for protesting and wearing a red brassiere. He further noted that other celebrities are allegedly collecting millions to campaign while he campaigned alone.

“Most of you don’t Know this, but I was Arrested for Protesting For End ASUU Strike On BRA But am out now.

“May they not use OROBOKIBO Bag of Enugu Rice to spoil Our Happy Home, say Amen”.