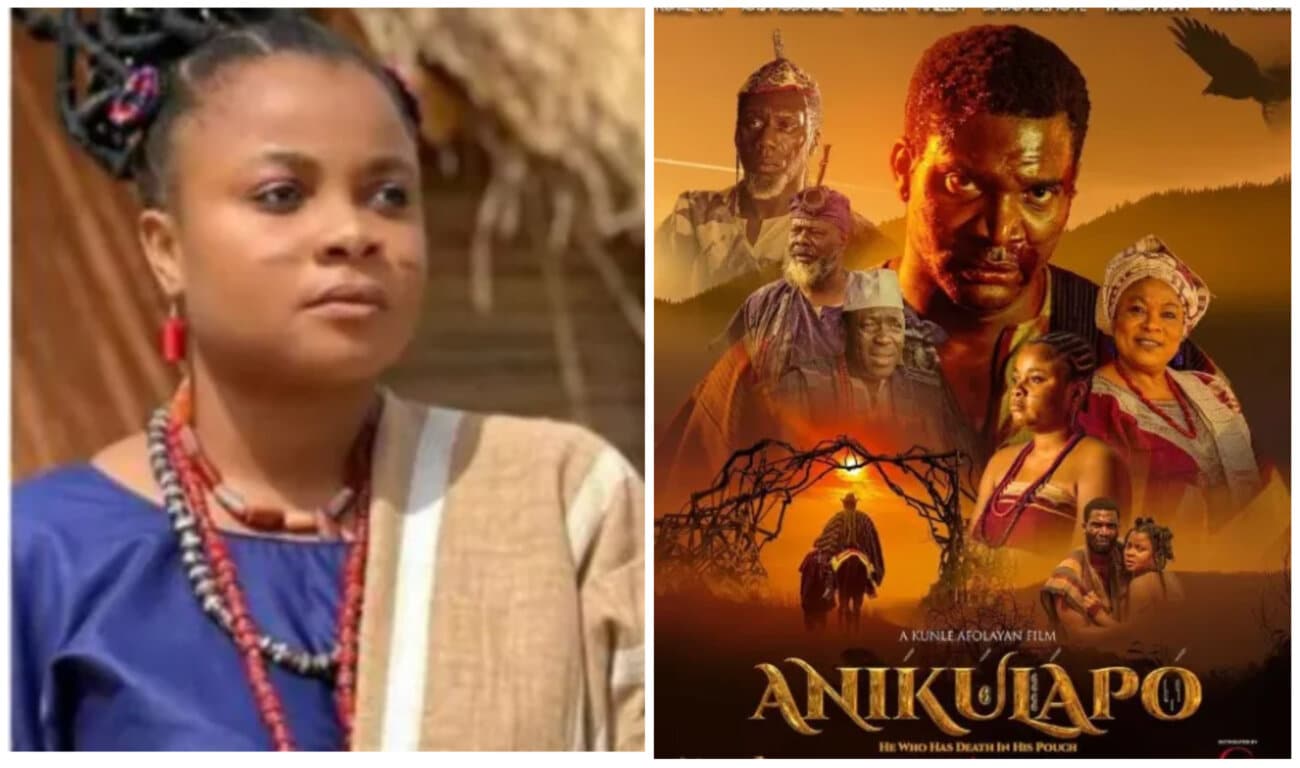 Kemi Filani recalls that in one of the love scenes, the king’s wife played by Bimbo Ademoye, removed her clothes, revealing her breasts before having sex with Saro.

While some viewers commended Bimbo Ademoye for going n*de to make the scene believable, others criticized her for showing off what they believed to be her breasts.

Apparently, the exposed b**bs in the Anikulapo movie which has got many talking, have now been confirmed as fake.

Clearing the air in a recent Facebook post, Hakeem pointed out that the boobs were prosthetic, adding that it took his team hours to get the job done.

Sharing a photo of the boobs, he wrote: “Took me and my team hours to get this done. Hakeem Effect our slogan is stretching your imagination.”

After clearing the air, fans who had questions and doubts about the love scene hailed the make-up artiste for his talent.

Lekan Wasiudeen wrote: “That Boobs you saw in ANIKULAPO, its prosthetic made by the best Special Effect person in Africa Onilogbo Hakeem Effect he also made the tribal marks. He’s very good at what he does. Movie is make-believe business, illusion and how best it’s stretched.”

Nnedimma Stephanie added: “See what I just saw o. Since I saw Anikulapo, I kept wondering how much they paid Bimbo Ademoye to showcase breasts like that only to scroll through my feed and see a post from Onilogbo Hakeem Effect, the baddest (sic) in prosthetics They were fake after all! Hakeem never disappoints, the best in prosthetics I tell you.”