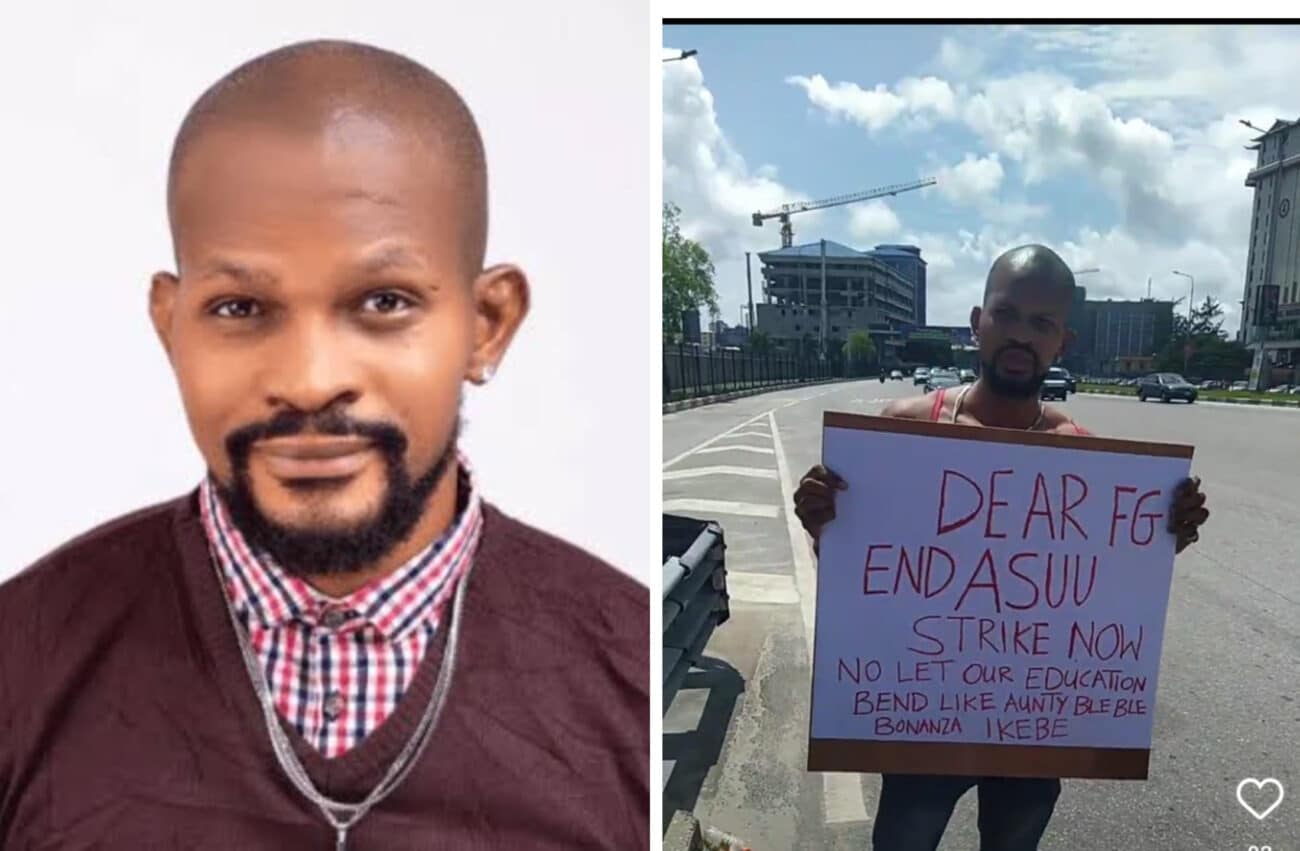 IIn a video shared via his social media platform,The actor, wore a red brassiere, holding a placard to decry the end of the ASSU strike.

He stated that the ongoing strike has become annoying and he urges the federal government to end the strike in order not to degrade educational system.

Recalling that National Industrial Court on Wednesday, ordered the Academic Staff Union of Universities (ASUU) to call off its ongoing strike.

ASUU declared the strike on February 14 this year and it has lasted for seven months.

The Court in its ruling, invoked section 18 of the Trade Dispute Act and national interest of the Nigerian students to grant the request of the Federal Government for an order of injunction against the lecturers.

Justice Polycap Hamman therefore issued the order for suspension of the strike while ruling in an application filed by the Federal Government asking that the University teachers be compelled to go back to work pending the resolution of their demands for better working conditions.