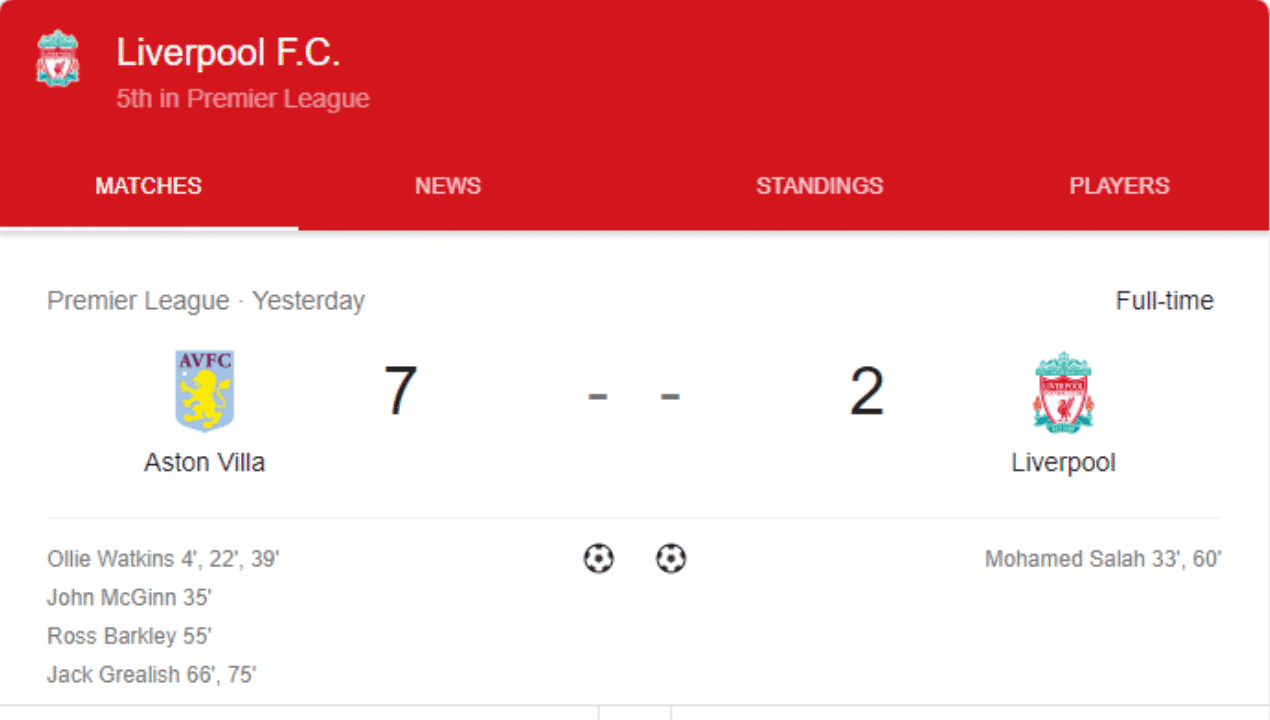 Liverpool football club has made history by becoming the first defending champion to concede 7 goals in a Premier League game.

The club was left with more than just red faces after Aston Villa flogged them 7-2, as Jurgen Klopp’s side notched up a clutch of unwanted records for both the club and the Premier League in the process.

Perhaps the most ignominious stat to arise from defeat was that they became the first incumbent titleholder in the English top-flight to ship more than half-a-dozen goals at the back for almost 70 years, with Arsenal the last side to do so in September 1953, when they lost 7-1 to Sunderland (when it was called League Division One) – thereby making Liverpool the heaviest defeat by a current Premier League champion to date.