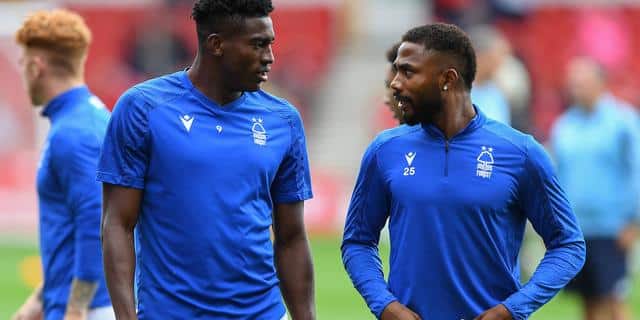 Ifeanyi Udeze, a former Nigerian international, believes that Emmanuel Dennis and Taiwo Awoniyi should have second-guessed their decision to sign with struggling Nottingham Forest in the summer.

Since their promotion to the Premier League last season, Dennis, Awoniyi, and their Forest teammates have had a difficult time adjusting to life in the top division.

In the first eight league games of this season, manager Steve Cooper’s team has only won one of them.

Awoniyi and Dennis both participated in play for Forest, but they were unable to prevent the humiliating loss for their team.

Speaking on Brila FM, Forest Udeze responded to the most recent setback for Forest by saying: ”Taiwo Awoniyi and Emmanuel Dennis should be thinking about their move to Nottingham Forest. Dennis most especially would be thinking about the move after joining from relegated Watford. He would feel wouldn’t it be better to stay back in the Championship than get relegated again.”