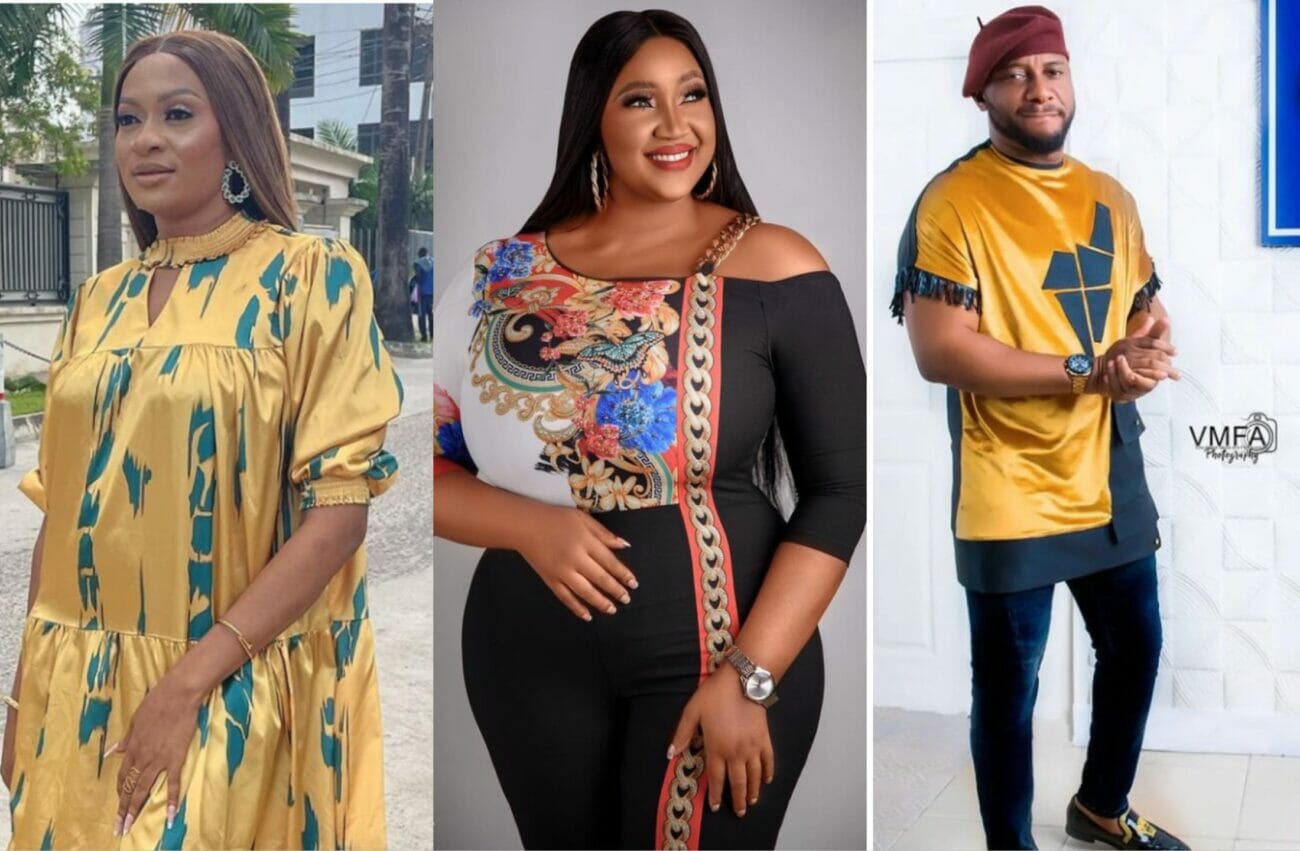 It is a known fact that the second marriage of Nollywood actor, Yul Edochie to his colleague, Judy Austin will continue to generate controversies.

This, as Netizens exchanged words under the comments section of Judy Austin over her senior wife, May Edochie.

Trouble started when Judy Austin posted behind the scenes pictures of a movie she is working on with her husband.
She tagged Yul as the director and other casts.

In the comments section, a follower slammed Judy Austin saying if a say passes without posting about Yul, her heart won’t be at peace. She also said Yul keeps humiliating Judy because he is busy chasing his first wife.

This angered another follower who advised May to file for divorce from Yul and move on to another man.

Read the exchange of words below,

@cindy40628 wrote: if a day passes without you posting Yul, your heart will not be at peace. Hope he did the same for you. He is busy chasing May who keeps humiliating him. Poor you!

@simoneycash replied @cindy40628: who is May, May is nobody,stop feeding your ego with lies, Yul is doing his work, May should go and file for divorce and probably look for another man, Yul have move on by marrying Judy, we expect May to do the same.

@andisiwehlanganise replied @simoneycash: you think filling for divorce is easy for celebrities ??

@cindy40628 replied @simoneycash: May is a god to Yul. A woman of integrity Yul can afford to lose. A woman who stood by a useless man when he had nothing and had her 4 beautiful kids under one roof. A woman who dumped an ingrate who thought her loyalty was because she had no way to go to. A woman who refused to be bully and takes what rightfully belongs to her. A woman who knows the laws and plays with words. She doesn’t need to present a man to the world to prove that she has moved on. Her action speaks. You can never see her posting Yul. Yul keeps posting her. Finally, who has moved on?

@simoneycash replied @cindy40628: if she has moved on, she should file for divorce, until then she’s still dreaming, people move on when they file for divorce and pack out of her the husband house. That’s moving on.

@simoneycash replied @andisiwehlanganise: there’s nothing difficult, so many people are divorce, let her go.