“We have a huge history together” Yul Edochie vows to share secrets as he pays tribute to his elder brother, Leo Edochie 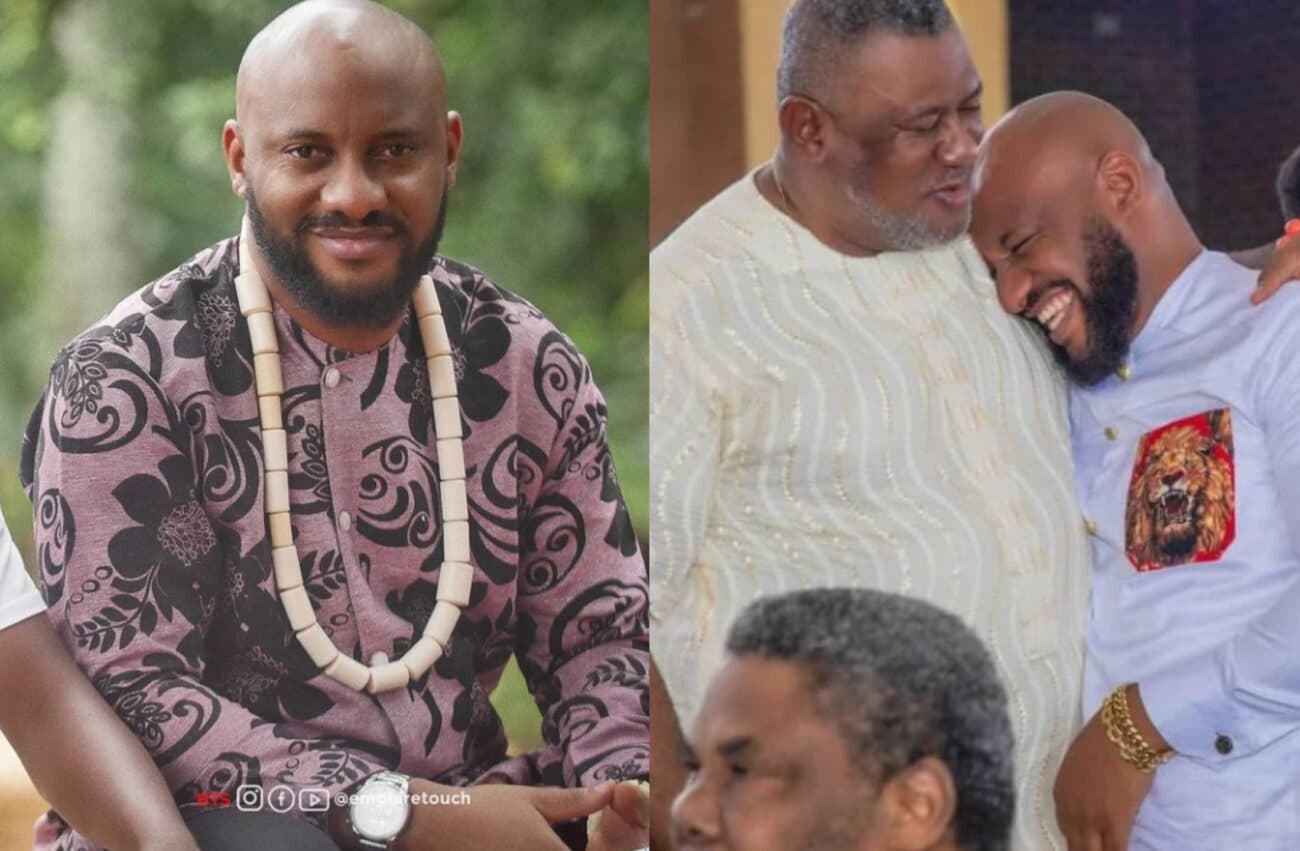 Leo Edochie is the first son of veteran actor Pete Edochie and his wife, Barrister Mrs Josephine Edochie. The couple also have 4 boys and a girl, and actor Yul Edochie happens to be the last son.

Yul Edochie shared a rare photo of him and his brother, Leo Edochie at their parents’ 53yeras wedding anniversary.

Yul revealed that he and his brother have a huge history together from way back.

Promising to give his fans the necessary information on their relationship, Yul penned an appreciation post to him.

He expressed gratitude to God for the life of his parents and every member of his family, as well as lovers of their family.

“First son and last son. With the Legendary father looking on. Blessed family. I love this man, my brother Leo Edochie. I call him big Leo. We have a huge history together from way way back. I’ll bring the gist later. For today I just want to say thank you to God Almighty for the Life of my parents and every member of our family. And to every lover of the Edochie family, thank you”.

Recall that Yul Edochie had a disagreement with his brothers following his marriage to Judy Austin. According to reports which made rounds, his brothers weren’t happy with his decision to take a second wife.

However, as the saying goes, “Blood is thicker than water”, the brothers reconciled and patched things up.

The actor had stormed his eldest brother’s Chieftaincy event with his elder brothers.

Leo Edochie was given a chieftaincy title in Port Harcourt, and his 4 brothers were all there to support him.

The actor who was seen in a video with his brothers, hinted that it had been long the 5 Pete Edochie’s 5 sons were spotted together.

“With my four brothers. The last time we came together like this was a long time ago,” he wrote.

“On Saturday our oldest brother was given a chieftaincy title in Port Harcourt and we were all there to support him as brothers.
It was such a memorable moment.
Chief Leo Edochie.
We call him The Godfather”.

celebrity news gossip news today Leo Edochie Naija news today Yul Edochie
Previous Article“Davido and his siblings are a blessing to their parents” Netizens gush over the Adelekes
Next Article Transfer: Xavi opens up on Lionel Messi’s return to Barcelona