Actress Mama No Network involved in a ghastly motor accident 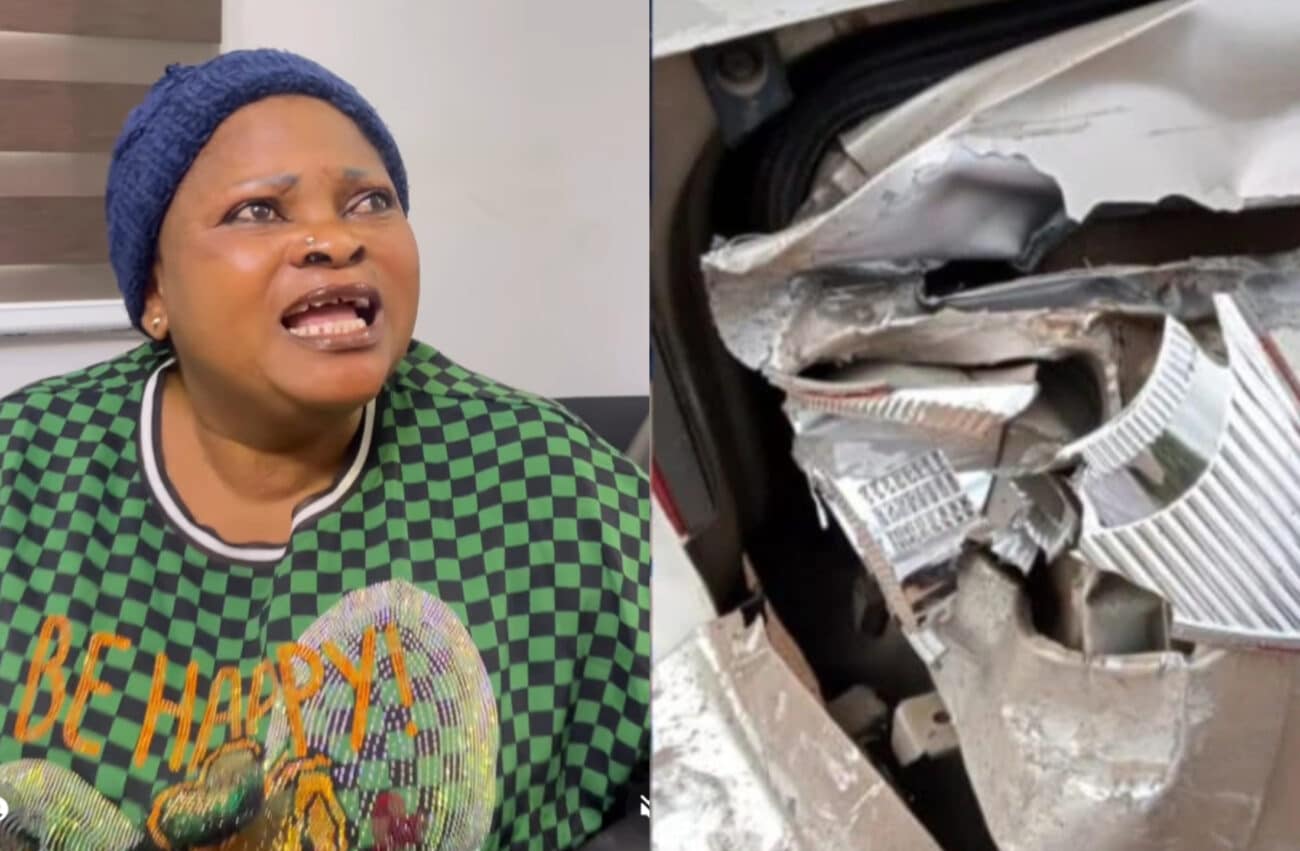 The comic actress called on her fans to help her thank God for saving her life. According to Mama No Network, God was faithful to her and her crew members.

The Yoruba actress revealed this via her Instagram page, while sharing a photo of a damaged car.

“Help me thank God for his countless faithfulness over me and my crew yesterday”.

In similar news, actor Lekan Olatunji left some of his fans worried and troubled over a disturbing video that surfaced online.

The actor was seen on what appeared to be a hospital bed with bandages on his head and arms.

Many thought it was a scene from a movie set, but those who knew him stated that he was involved in a fatal accident.

According to a source identified as iamoppy2021, the actor had an accident.

KFN also confirmed it, that the actor was involved in a ghastly accident, which almost claimed his life.

Also, popular gospel singer Dunsin Oyekan got involved in the accident on Saturday morning, September 4th while making his way to Ibadan from Lagos.

According to reports, there was no loss of life, only a slight injury from a crew member.

Tim Godfrey shared the news of his accident on his Instagram page.

The singer who also survived death appreciated God for the life of his friend.