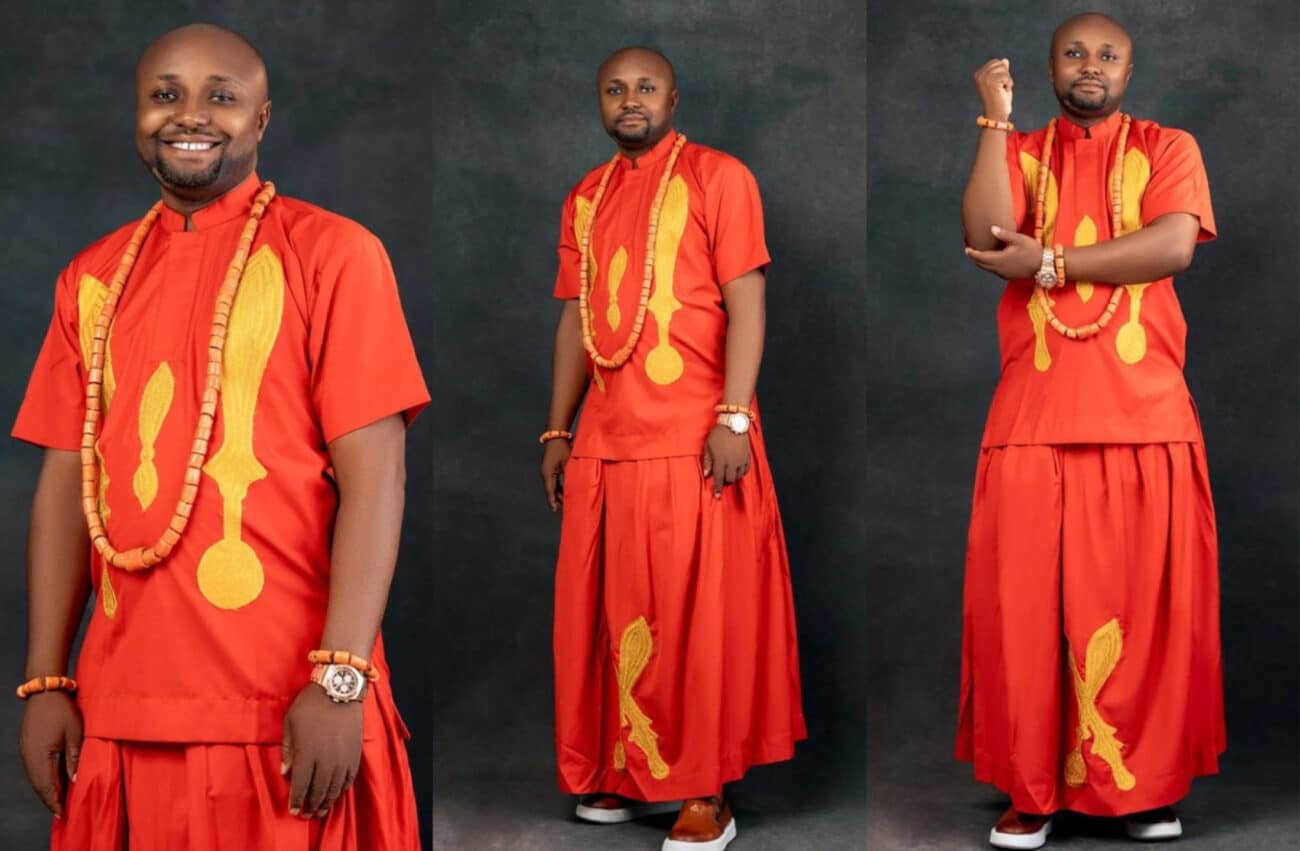 Taking to Instagram, Isreal DMW delighted fans with new photos of him dressed in Edo regalia.

Isreal expressed his gratitude to his creator for the gift of life as he wished himself a happy birthday.

“Happy birthday to me baba God, thank you”.

This month is no doubt a special one for him as aside celebrating his birthday, Isreal is tying the knot.

Kemi Filani news reported in April that Israel DMW proposed to his girlfriend at the exclusive Protea Hotel in Benin City, Edo State in April.

The announcement stirred some reactions from Davido’s fans who insinuated Israel’s girl agreed to his proposal because of the music star.

In June 4, the couple took the first step to forever with their wedding introduction.

Isreal DMW was spotted at his fiancee’s family home in Benin City where they held their wedding introduction.

Ever the comic man, Isreal surprised many as he pleaded with Nigerians to support his wedding. Taking a swipe at Davido, he stated that his own donations wouldn’t be given out to charity.

The singer, who is highly anticipating their wedding, revealed that he was counting down to the date.

There is no doubt that Davido would shut down Benin City for the duo.