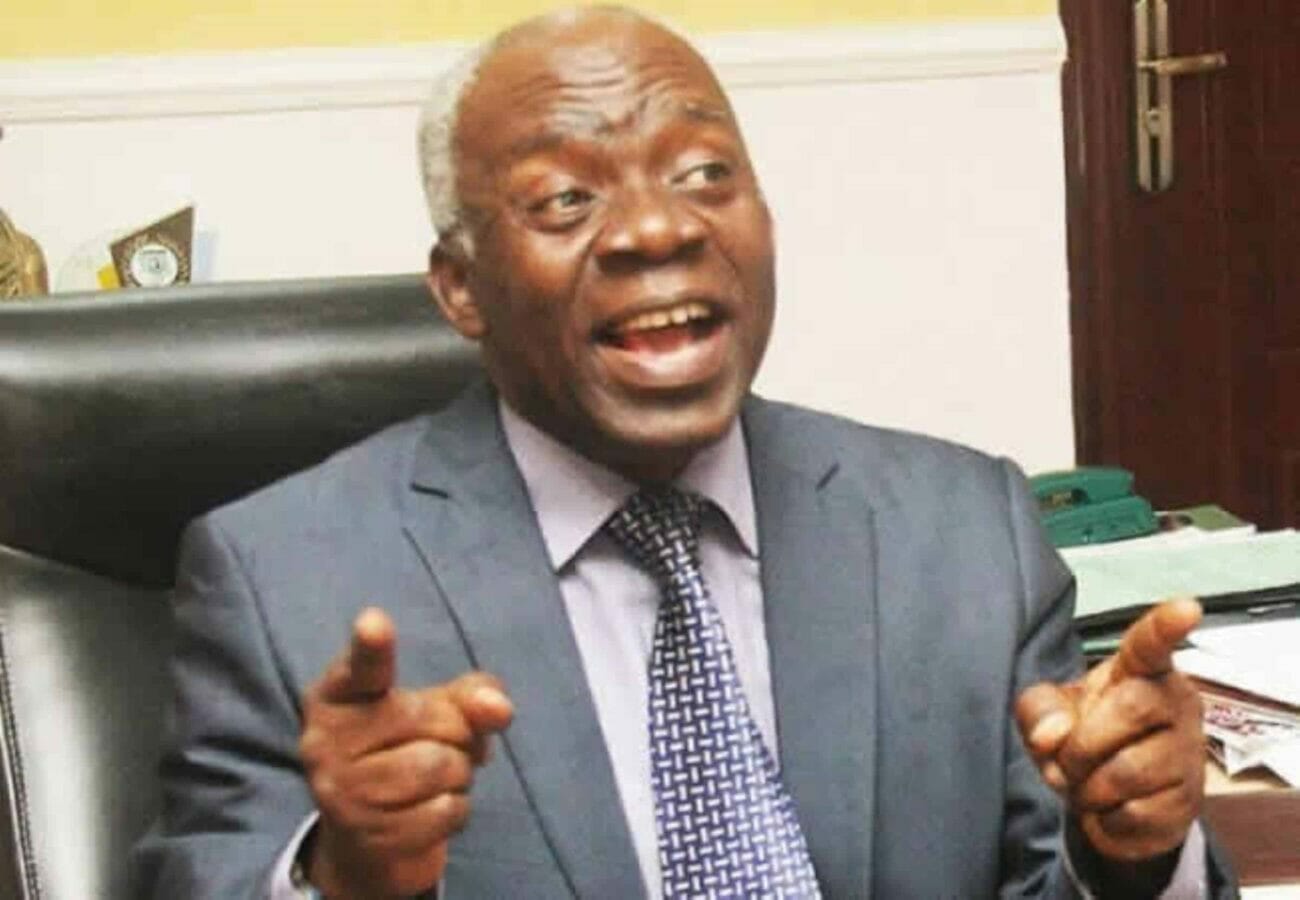 Human rights lawyer, Femi Falana, has told the federal government to “stop chasing shadows and insisted the Academic Staff Union of Universities (ASUU) did not engage in contempt of court on the recent verdict of the national industrial court.

The industrial court, on September 21, ordered ASUU to call off its ongoing nationwide strike.

Polycarp Hamman, the judge, granted the federal government’s application for an interlocutory injunction to restrain ASUU from continuing with the strike.

Subsequently, the union filed an appeal seeking a stay of execution of the judgment.

ASUU has been on strike since February 14 to press home the demand for improved funding for universities, review of salaries for lecturers, among other issues.

Over the weekend, Chris Ngige, minister of labour and productivity, warned ASUU against the consequences of contempt of court.

Reacting to Ngige’s comments, Falana, counsel to ASUU, in a statement on Monday, said the application for the leave of the court of appeal against the injunction is the same as an appeal under the rules of the court.

The human rights lawyer said ASUU cannot be accused of contempt of court because the union is seeking to appeal and stay the execution of the judgment.

“The minister is unaware that the national industrial court lacks the jurisdictional competence to intervene in the resolution of a trade dispute that has not been determined by the industrial arbitration panel,” Falana said.

“Having exercised their constitutional right of appeal and prayed the court of appeal to stay the execution of the interlocutory order of the national industrial court pending the determination of the appeal, the members of ASUU cannot be said to have engaged in any form of contempt.

“However, instead of chasing the shadow by threatening the ASUU with contempt of court and proscription, the federal government should adopt urgent measures to end the strike that has paralysed academic activities in public universities for the past seven months.

“In particular, the federal government should take advantage of the intervention of the leadership of the house of representatives to resolve all outstanding issues and end the strike as soon as possible.”