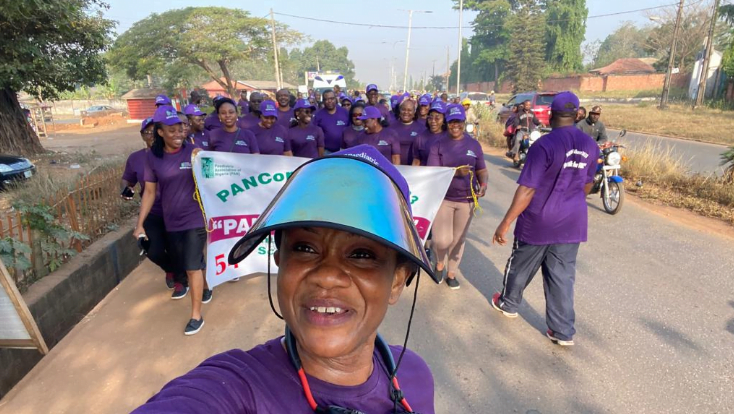 The Paediatric Association of Nigeria (PAN) held an awareness walk on how to save premature and underweight babies on Tuesday in Akure.

Dr Olufemi Ogunrinde, President of PAN, told the News Agency of Nigeria (NAN) during the walk that the purpose of the walk was to raise awareness about what could be done to save premature babies weighing 2.5 kg or less.

Ogunrinde explained that a prematurely born baby would require heat, which could be provided by placing the infant on the chest of a mother or carer.

“It is a walk to create awareness on Immediate Kangaroo Mother Care.

“That is what kangaroos do when they have babies, and it has been shown to work, that is what they do in many teaching hospitals, and we want people to know that anybody can do it,” he said.

The PAN President stated that the walk was a prelude to the organisation’s annual conference, which would hold on Wednesday in Akure.

He said that the conference would also deliberate on improved children’s health in Nigeria.

Also speaking, Dr Muyiwa Alonge, Chairman of the Local Organising Committee of PAN Conference 2023, said that apart from ensuring body fitness, the walk was to sensitise stakeholders on vulnerable babies, especially the ones with 2.5 Kg weight and below.

Alonge stated that babies within such weight were at the risk of early mortality.

He said that IKMC encouraged keeping such babies glued to the mother’s chest.

`It is a skin to skin contact. In that contact, there will be transfer of heat from mother to the baby, and it will keep the baby warm, the baby can be there for hours.

“This is found to be more effective than regular incubators that we use in the hospital.

“This mostly affects babies that weigh 2.5 kg or less. They tend to catch cold more easily, and that could be fatal, because the average weight should be 3 kg and above,” Alonge said.

According to him, the 2023 conference of the organisation will look at optimising child health, in spite of the socio-economic challenges in the health sector, and the country at large.

Prof. Ebunoluwa Adejuyigbe, a consultant at the Obafemi Awolowo University, Ile Ife, said that mothers practicing the IKMC method must ensure that the babies were placed in the position that they would breathe properly.

According to Adejuyigbe, the initiative reduces cost and infection transmission.

“It also reduces cold, which is one of the conditions that cause infant mortality, particularly for the underweight babies.

“And it is not only the mothers that can do this, the fathers can also do it, even the grandmothers, as well as the older siblings.

“This also creates a greater bond because one cannot place a baby on the chest for such a long period and not love the child. That kind of child cannot be abandoned,” she said.

The consultant maintained that such babies also had higher chances of survival than those placed in incubators.

According to her, the World Health Organisation has carried out a study on the initiative in many countries of the world, and found it functional. (NAN)