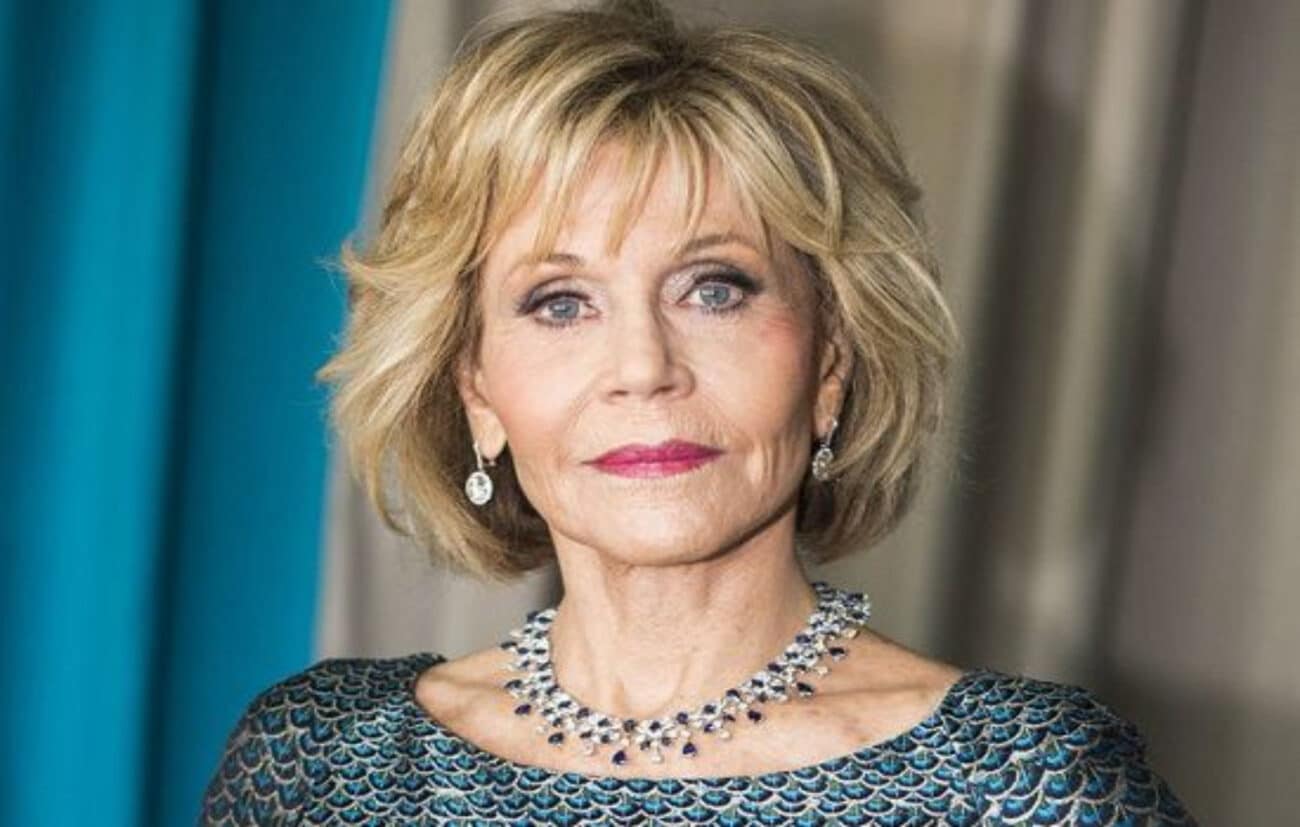 Jane Seymore Fonda was born in New York City on December 21, 1937. Her mother’s name was Frances Seymore, a socialite and her father were Henry Fonda, an award-winning actor. When the actress was twelve years old, her mother committed suicide. Jane was impressed by her father’s acting ad she wanted to follow in the same direction.

She worked as a model while still studying acting in New York City. She started acting alongside her dad in charity performances.  Lee Strasberg saw her talent, and this lifted the spirits of the insecure young girl. She studied at Vassar but dropped out to study art in Paris. She worked progressively as an actress on the stage and eventually on film.

Jane was very close to her brother Henry who was a successful actor. She also has two stepsisters, Amy Fishman and Frances de Villers Brokaw. Jane has married and has been divorced three times. Her first husband’s name was Roger Vadim, who was the director of “Barbarella.” They got married in 1965 and divorced in 1973. Together they had a daughter, Vanessa. Soon after the divorce was finalized, Jane married Tom Hayden an activist and had a son named Troy.

In 1982 they adopted Mary Luana Williams, an African American teenager. Fonda met Lulu at Laural Springs Children’s Camp. Coming from an abusive family, Fonda took her in and adopted her. Tom Hayden and Jane Fonda divorced in 1990. In 1991 Fonda married Ted Turner, the mogul of Cable TV and the founder of CNN.  That’s when Fonda briefly retired from acting. Ted and Jane divorced in 2001. Fonda received $100 million in stocks and a 2,500-acre ranch in the divorce decree.

Fonda’s career took off in 1960 when she made her film debut in Tall Story. She was recognized by getting a Tony Award nomination for There Was a Little Girl. In 1962 Fonda starred in the romantic comedy The Chapman.

In the late 1960s, Fonda recreated herself as a type of sex kitten under the direction of her husband, Roger Vadim. This new look was most evident in the 1968 science fiction tale Barbarella. She then took up more serious dramatic roles. She scored her first Academy Award nomination in 1969’s. After two years, Fonda took home her first Academy Award for her role in Alan J. Pakula’s thriller Klute. Fonda continued to convey her strong performances. So in 1977, she starred as playwright Lillian Hellman in Julia. In 1978 she won her second Academy Award for the Vietnam War drama Coming Home. In 1979 she also starred in the hit thriller The China Syndrome.

In 1982 in a rare moment got Fonda and her father Henry co-starred in Golden pond. The film allowed her father to win his first and only Academy Award for Best Actor. In the same year, Fonda also spearheaded a national health craze. She launched a successful series of aerobic-exercise videos. 2005 was the year Fonda made a historic return to her career. She appeared in her first film in almost 15 years with Monster-in-Law. In that same year, she published an autobiography, My Life So Far.

More film roles followed, including playing the title character in the 2007 film Georgia Rule. Working on the small screen, Fonda landed a recurring role in the media-focused dramatic series The Newsroom in 2012. She also played the former First Lady in the 2013 film The Butler. The following year, Fonda played the matriarch in the dramatic family comedy This Is Where I Leave You with you.

In 2015, Fonda starred in the series Grace and Frankie. That year Fonda also delivered a standout performance earning a Golden Globe nomination for Supporting Actress. She was a part of many more successful movies: California Suite, On Golden Pond, The Morning After, The Butler, Old Gringo, and many more.

Jane has been an icon in the entertainment world. She has several nominations and awards on her docket. She has received various accolades, including two Academy Awards, two BAFTA Awards, four Golden Globe Awards, a Primetime Emmy Award, the AFI Life Achievement Award, and the Honorary Golden Lion. In 1978 she appeared in the drama film ‘Coming Home.’ The movie was critically acclaimed and won several awards.

Over the course of her career, she has been known to succeed in whatever venture she undertook; Jane Fonda has achieved a net worth of $220 million as of January 2022.