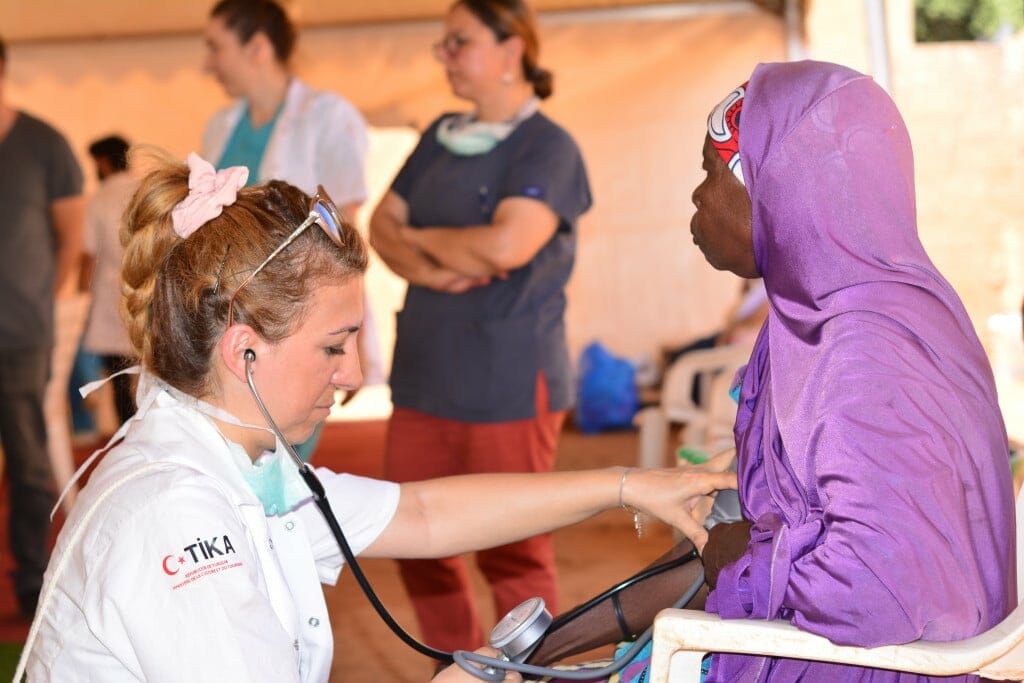 Medical screening for internal migrants who are victims of terrorism and natural disasters was provided in collaboration with the Turkish Cooperation and Coordination Agency (TKA) and the Niger-Türkiye Friendship Hospital.

TKA continues to tend to the wounds of internally displaced Nigerien citizens who have been impacted by terrorism and natural disasters.

More than 2.000 patients were examined during the medical screening on the outskirts of Niamey, and nearly 6,000 medications were given out. With the assistance of the Turkish Maarif Foundation, more than 100 of the examined patients were transferred to the Niger-Türkiye Friendship Hospital for additional treatment and intervention. A total of 50 patients underwent surgical intervention.

The two-day programme was attended by Turkish missions in Niger, international organisations, and national media representatives. Mahir Saruhan, Charge d’Affaires at the Turkish Embassy in Niamey, paid a visit to the organisation and said that the Turkish Embassy believes that the fate of the two countries is identical and that it will continue to support bilateral cooperation between Niger and Turkey in all areas.

Mor Djaw from the World Health Organization and Natsuko Sawaya and Charlotte van Heesevijk from the International Organization for Migration all paid a visit to the organisation and offered their support and congratulations.

The patients thanked the Turkish people and Türkiye for providing them with free examination, medicine, treatment, and operation opportunities because they were unable to afford the high cost of healthcare services.

TKA continues to gain respect from the people of Niger with the humanitarian and social aid activities carried out for the benefit of the oppressed groups. TKA contributes to the infrastructure development work in Niger in several fields, from health to education, from agriculture and livestock to media.

In Niger, where nearly half of the population lives below the poverty line, recent terrorism and natural disasters have caused internal population movements, according to data from the United Nations.

Numerous thousands of terror and disaster victims are battling diseases, hunger, and poverty brought on by the lack of a regular source of income while living in appalling conditions in registered camps set up by the Niger government as well as in neighbourhoods randomly formed by straw and tents.

Malnutrition deaths, along with those from cholera, typhoid, and malaria, are a common occurrence, especially in children and the elderly.

In a nation with inadequate social welfare programmes and mandatory health insurance systems, a sizeable portion of the population cannot access healthcare opportunities and struggles to obtain medications.

The best mother-child hospital in the nation, however, is the Niger-Türkiye Friendship Hospital, which TKA built in 2019 in collaboration with the health ministries of Turkey and Niger. By not turning away the underprivileged Nigerien citizens with insufficient financial resources, the hospital that provides high-quality examination, treatment, and operation opportunities engages in social support activities. 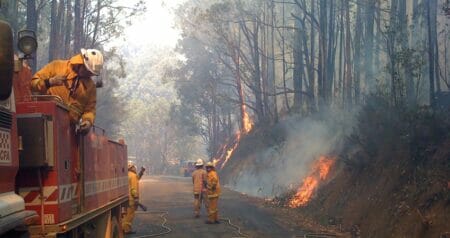 80% of Australians affected by natural disasters since 2019 – Report