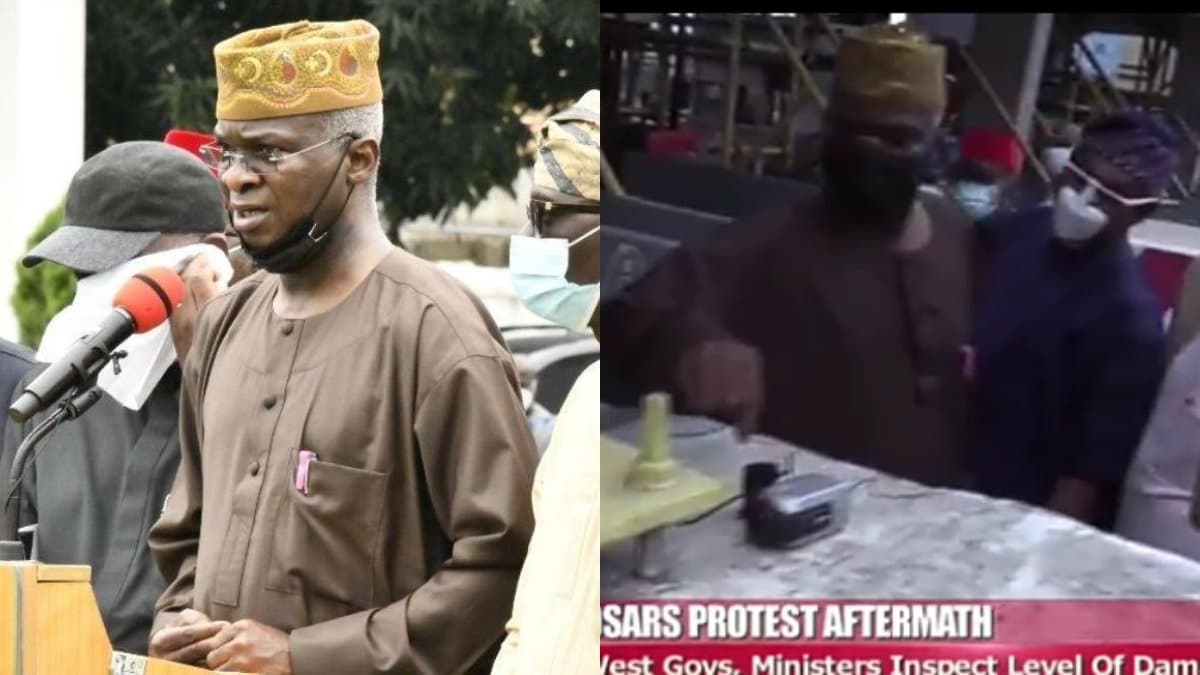 Kemi Filani recalls that the minister discovered the camcorder while on tour on Sunday to the Lekki toll gate where #EndSARS protesters were shot bu unknown military men on the 20th of October, 2020.

Some Nigerians who feel like the camcorder was planted there by the government to deceive its people took to twitter to express their thoughts.

@UnclePamilerin wrote “I love Fashola ooo.. next time, daddy should look at the script very well before he acts. That’s a terrible acting. So no one saw that camera for days, not even lawma. Omo, they no rate us true true.”

@Iceprincezamani wrote “Somebody pls tell me the Minister, Fashola and his guys running into a random camcorder at Lekki toll gate yesterday was a joke !!! Pls I’m begging anyone… Just say it’s a joke, Thot lawma just cleaned the whole place up and Jide already did a tour !?”

@boy_director wrote “That Fashola video shows why Dey can comfortably tell us snake swallowed millions! This people no rate us Atall!”

@AyoBankole wrote “Fashola’s behaviour mirrors/amplifies the behaviour of many Buharists on this platform who prior to 2015 appeared to be the most logical, analytical and smartest of the pack, then suddenly started dancing naked in stupidity in desperate attempts to defend their stomach. #EndSARS”

@SteveCypha wrote “Fashola was even using cloth to pick the camera not to contaminate the evidence. And na person papa be this

@Nedunaija wrote “The Nigerian state is totally ridiculous in its modus operandi….Fashola finished making a comment that resonated with me, and then stepped out to go discover hidden camera at the scene of major crime. ..The confidence these people have in our presumed stupidity baffles me.

@Alan_yournextbf wrote “The way this government underrates us is absurd, you blocked our accounts for donations we outsmarted you and used bitcoin, you tell lies with local stations but we still get foreign stations to see the truth.
This generation is smarter than all this fashola film trick. Try again”

@Omoissydeyhere wrote “Since Agent Fashola Reddington discovered the mysterious CCTV camera at Lekki Toll Gate, he should be deployed to Sambisa to uncover the perpetrators. A National Hero!Raising hands”

@Olumuyiwa__ wrote “Fashola and Osinbajo are about the same thing. Generally believed to be brilliant men with no moral fibre.
They’ll always be cast as people who are helpless while their higher ups use them. But the reality is that no one can spend that long being Tinubu’s boy and still have sense” 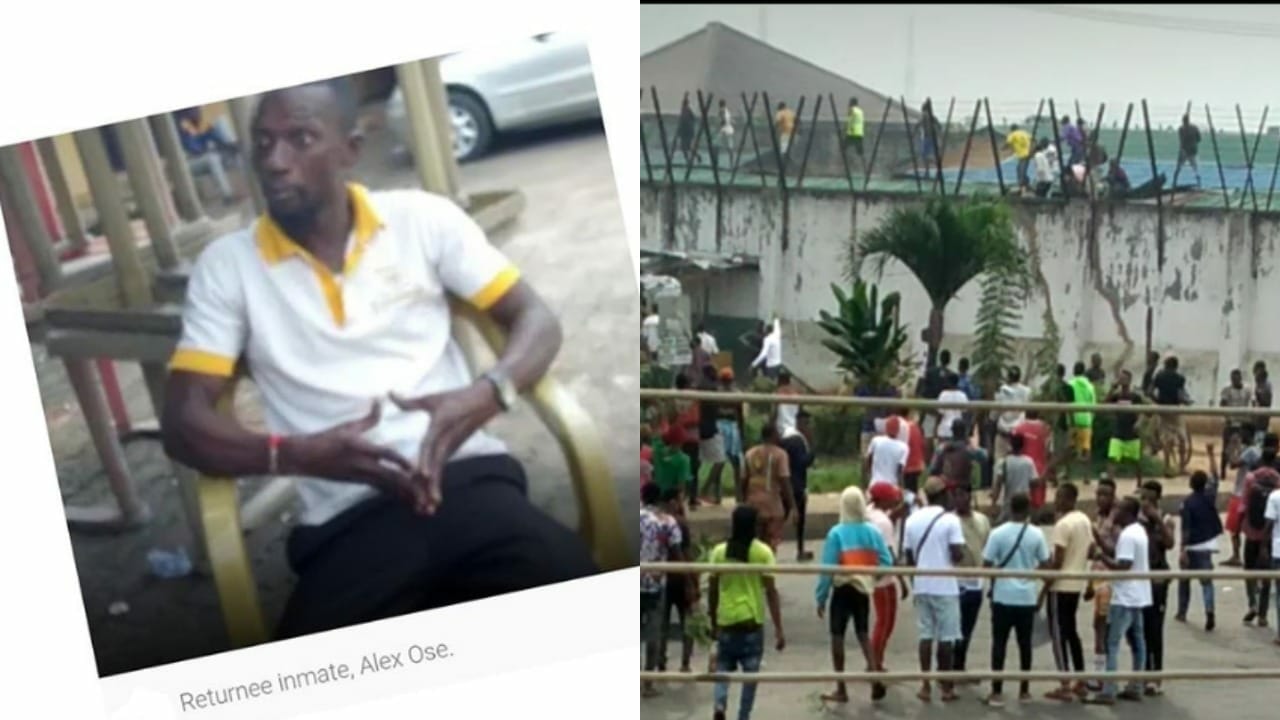 It has been reported that 25 prisoners out of the 1,900 that escaped from Oko and Sapele Road Correctional Centre popularly called White House, Benin, on Monday...