Video of where all Lagos State COVID 19 palliatives were hidden has been discovered by residents of the state.
Read more
Home Politics Buratai gives new directive, to Nigerian Army ahead of Ondo Guber polls
Facebook
Twitter
Pinterest
WhatsApp 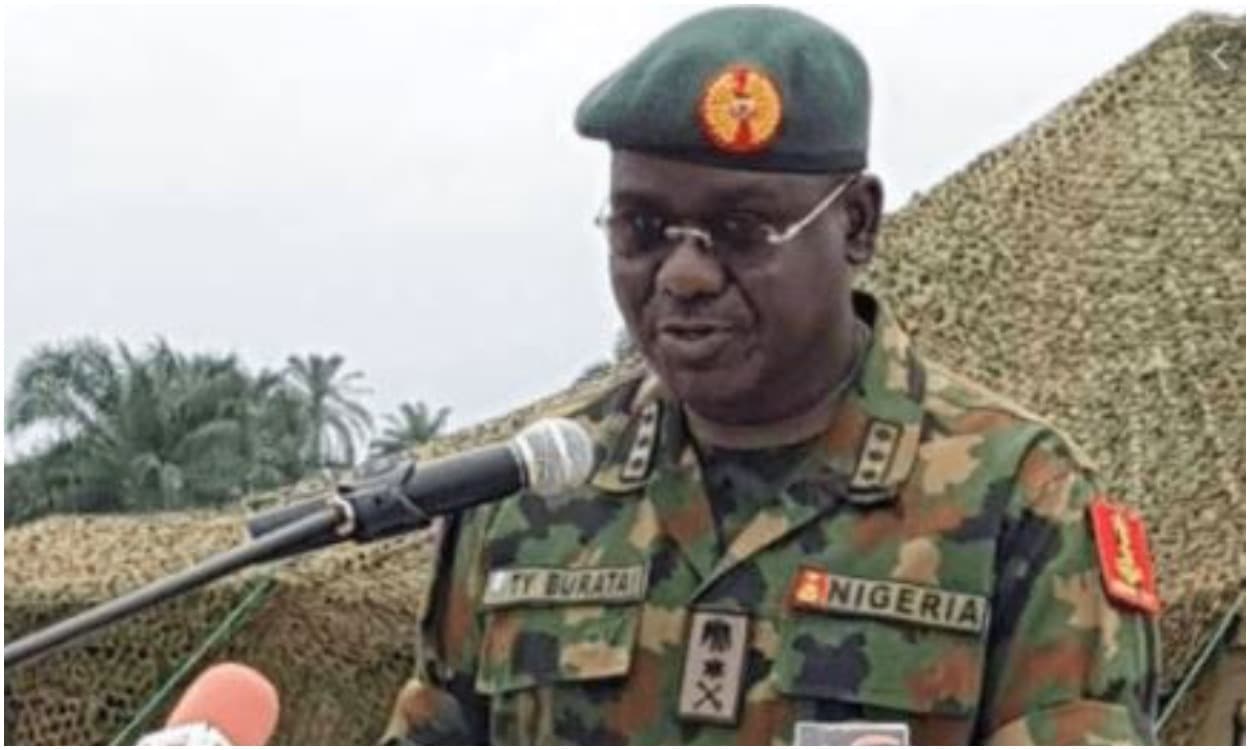 Chief of Army Staff, Lt.-Gen. Tukur Buratai has advised officers of the Nigerian to remain focus ahead of Ondo governorship election.

Buratai during the opening of the Chief of Army Staff’s combined first and second and third conferences said he expects a repeat of the conduct during the Edo poll.

He also noted that the performance of Army personnel in Edo was adjudged satisfactory and commended by all sections of the society.

The Army chief expressed delight that his directive on proper conduct was permeating through the ranks.

“I want to congratulate the GOC, officers and men of the 2 Division Nigerian Army for their professional conduct during the Edo State election.

This is the standard that must be upheld always and I expect nothing less in the coming Ondo State governorship election on the 10th of October”, NAN quoted him as saying.