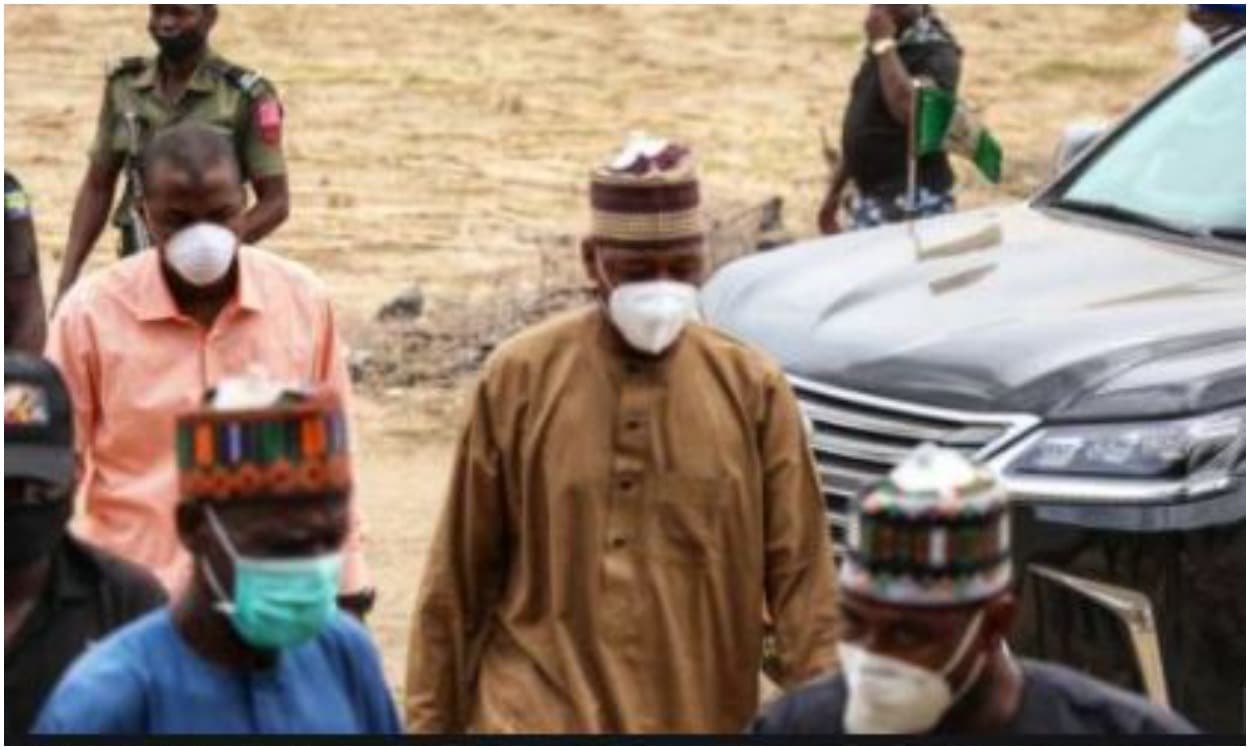 Borno State Governor, Professor Babagana Umara Zulum, has named the attack on his convoy on Friday as most unfortunate.

He, however, said it would not prevent his plan to ensure all Internally Displaced Persons, IDPs, return to their homes after a long stay in the camps to resume their activities as free and not restricted people.

Professor Babagana Zulum, who was in Baga notwithstanding the setback on his convoy, where 12 policemen, 13 civilians and 5 soldiers lost their lives as a result of the ambush by suspect Boko Haram militants, also saluted the efforts of the security operatives for fighting gallantly and repelling the attack.

He observed that, although there was loss of lives, which is very unfortunate, he still has confidence that peace will return to Borno State, the northeast and Nigeria.

“We have put in place a befitting primary health care facility, we have rehabilitated water supply distribution network, and we have also put in place needed infrastructure for a smooth start of Education programmes.

“The most important of all to ensure these things kick start without facing difficulty is the establishment of civil authorities, which on ground. We have renovated the Houses of the Traditional Rulers, built Police Station and Markets among others. We are sure that we are good to go,” Zulum said

READ
Buhari to address Nigerians on October 1 via open air

Speaking further on the attack, Zulum said, “What happened is unfortunate, but this will never deter us from fulfilling our mandate on the safe return of our IDPs.