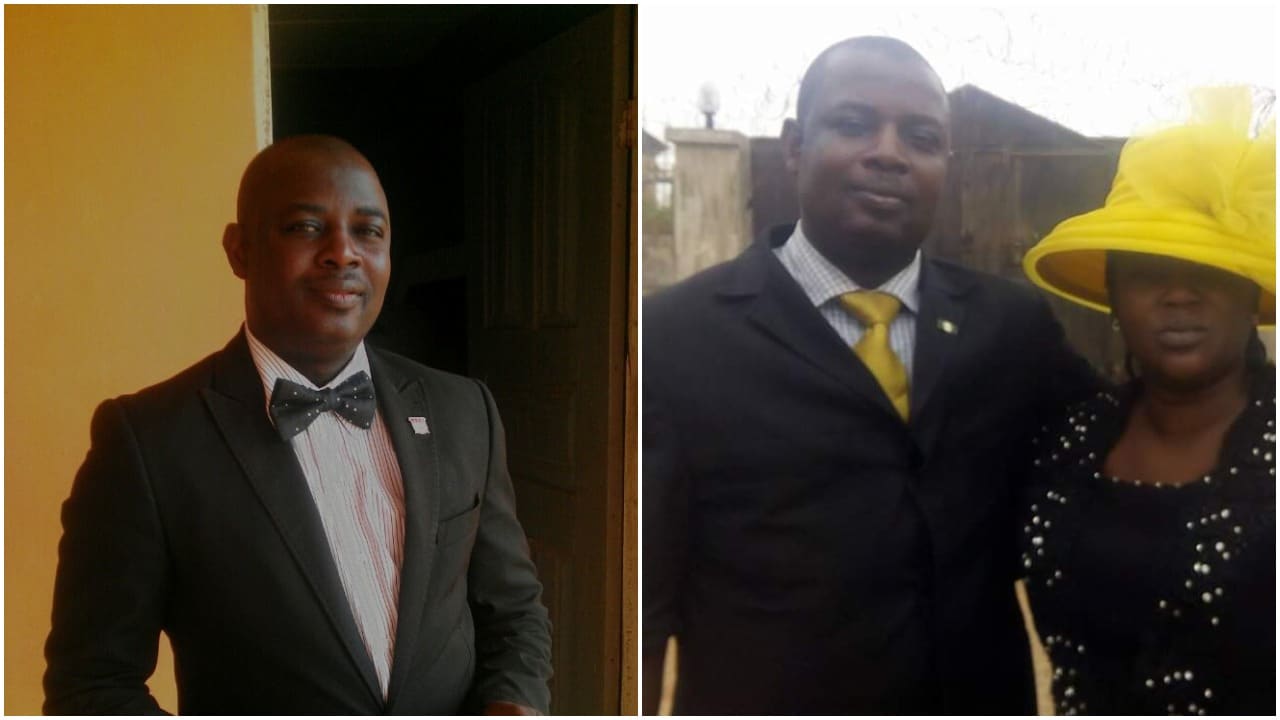 Hours ago, a video of one Pastor Olusola Bakare with RCCG, Zone 6, Akure, attempting to sleep with a married woman, right inside her husband’s house surfaced online and went viral.

According to the reports, the woman played along and allowed him to undress completely before opening the door for her husband and others to come in and then captured him in a video and released it online.

The video sparked mixed reactions with many doubting its authenticity especially as it is an RCCG Pastor that is allegedly involved. Interestingly, one of his victims, reached out to Kemi Filani News to reveal that the Pastor Olusola is indeed guilty as charged and has done so with many of his female church members at his Gideon parish located at Ijoka road, Akure.

#Kemifilaniblog RCCG Pastor, Olusola Bakare caught red-handed while trying to sleep with a married woman who set him up when he won’t stop disturbing her….

“…I thought he had changed after I quit the church because of him years ago but seeing the viral video made me disappointed” the source revealed to Kemi Filani News.

Going down memory lane, our source who was a chorister in the RCCG church disclosed that she had to quit the RCCG church in 2011 because of the sexual advances he kept throwing at her.

“He has a very beautiful and successful woman from Ekiti and they have a daughter, yet still womanizes alot….I can’t believe RCCG still let him be a pastor after reporting him then to the church’s higher authorities…..”

Our source who has chosen to remain anonymous further confirmed that his wife is aware of his dirty and shameful habit of sleeping with the female members including married ones.

“When he won’t stop disturbing me, sending me awkward messages, my parents and i decided to set him up but the case was settled amicably then in 2011 after his wife came to our house to apologize.

I decided to let it go but he was still making moves after and so my parents and I quit RCCG and now 9 years after I am shocked to find out that RCCG took no action on the report sent out on him then to the headquarters.”

“It’s not his first and am sure that’s why those people made the video and release it..Anybody could sleep with another body based on mutual agreement But you carry a title you should respect and should avoid engaging in things like this but no Pastor Bakare has been in the business for a long time…this has made me lose hopes in all pastors, I’d rather communicate with my God on my own”

On why she is speaking out, our source said “Pastors like this should be exposed to stop leading people to hell.”