It has been reported that 25 prisoners out of the 1,900 that escaped from Oko and Sapele Road Correctional Centre popularly called...
Read more
News

The Lagos state government has approved the reopening of Private schools in Lagos state.The approval was given by...
Read more
Home Entertainment Regina Daniels’s Billionaire husband appointed as Chairman Board Of National Patrons Of...
Facebook
Twitter
Pinterest
WhatsApp 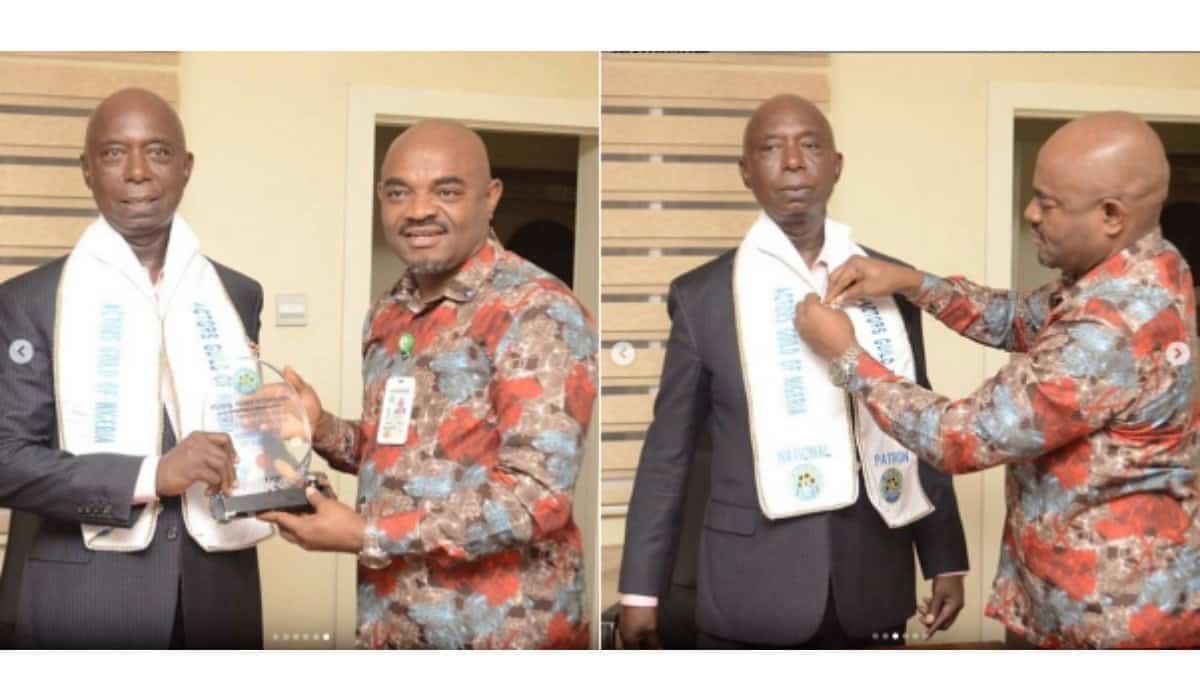 Following the controversy trailing the appointment of chairman board of National patron of AGN, Regina Daniel’s husband, Ned Nwoko has been appointed as the new chairman.

Recall that the president of the guild, Emeka Rollas came under attack for initially appointing Senator Elisha Abbo aka Woman beater, as patron of the AGN. Emeka Rollas, has taken to his Instagram page to announce Prince Ned Nwoko, billionaire business man and husband of Nollywood actress, Regina Daniels as the new chairman.

He wrote “Rt Hon Prince Ned Nwoko a man with a lion heart. Husband to one of our own Princess Regina Daniels Nwoko. It was my pleasure decorating you with all the instruments of your appointment as Chairman Board of National Patrons of Actors Guild of Nigeria AGN. You have promised to join hands with other patrons to massively support the AGN projects. God keep you.”

This is coming after Emeka Rollas defended his decision for making Senator Abbo’s the chairman. He said that a panel was set up at the senate to penalise Abbo over the issue and that who is the AGN to get robed in such cases. He also said that the senator apologised for his act of violence against the lady and that the lady has not said that his apology was not accepted.