Nigerians have come hard on Actor’s Guild of Nigeria (AGN) president, Emeka Rollas after he stood by his decision to appoint embattled Senator Elisha Abbo as an AGN patron.

This is coming after popular actresses and veterans ; Hilda Dokubo and Kate Henshaw kicked against the decision.

According to Emeka while justifying his decision, Elisha has apologized and should be forgiven. He also asked if they are holier than him?

Emphasizing his decision to make Elisha Abbo patron, he revealed that since the senator was not convicted by any court of law, it was not in the Guild’s place treat him as such.

“When I talk of morality and legality, you’ll ask us who’s holier than senator Abbo” he asked.

Nigerians have taken to twitter to rain curses on him and blast him. See some comments below..

Zuchradio wrote: ” Emeka Rollas, it won’t be well with you… God indeed cursed this nation when it comes to leadership. “

Peperempe Wrote: ” You forgot to add ‘and apologised to later’. To Mr EmekaRollas, because @AbboElisha has apologised does not exonerate him from being rejected as a patron of your guild. A man’s deeds is like his name, it sticks to him after he’s long gone. Remember that. “

Kas Tommy wrote: ” This is trash talk heaped upon trash, then compiled and heaped upon more trash then trashed upon the same trashed and finally Emeka Rollas ingested this trash and decided to fill our ears with the same trash.. egbon we no be mumu, ur grammar no reach change Nigerians mindset. “ 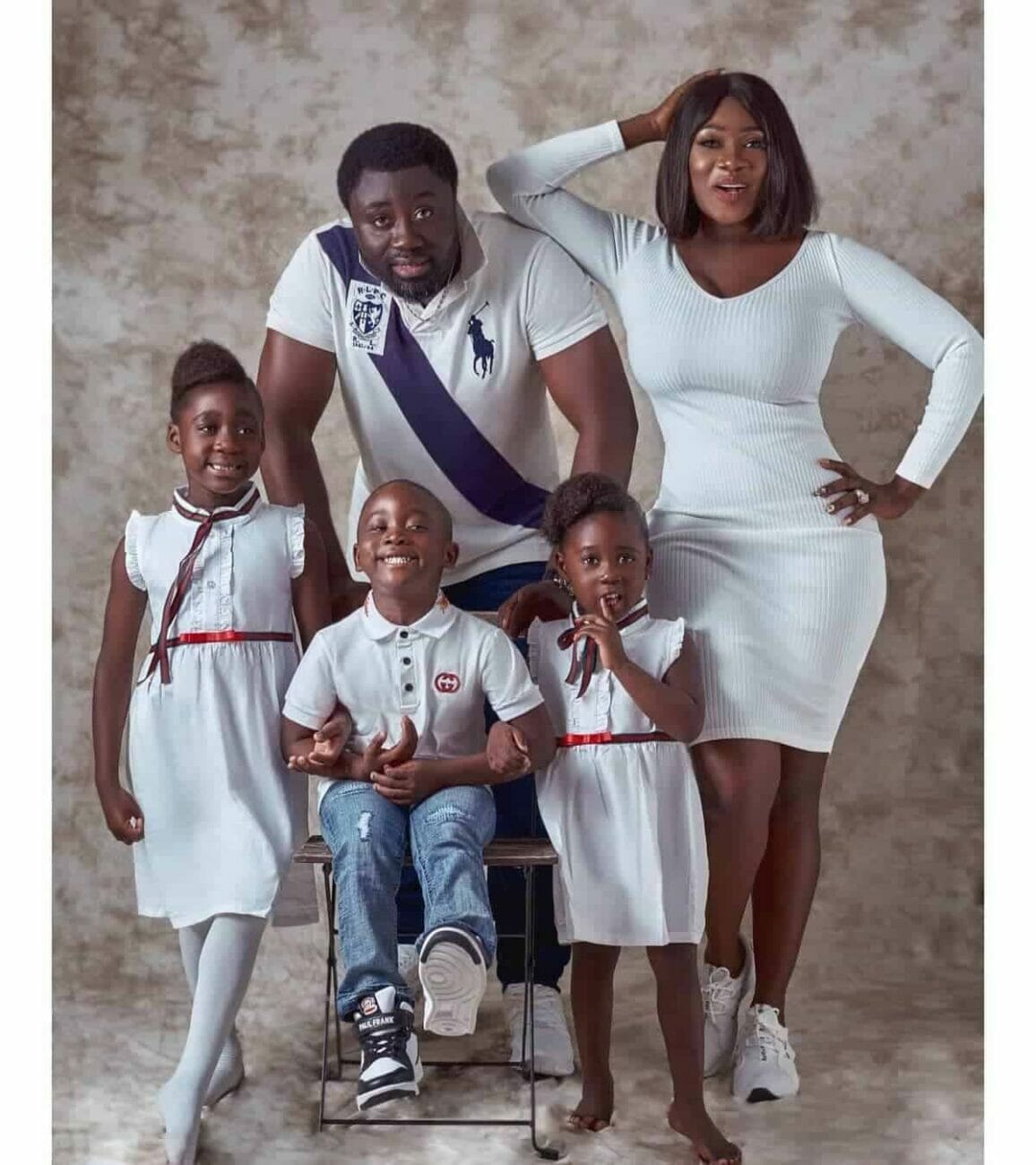 Her talent and excellent delivery of every role is something fascinating.

Months ago, she announced that she's expecting a 4th baby with her husband and club owner, Odi Okojie.

At the launch of Netflix Naija

sharing the above adorable photo, she wrote: "I kept it lowkey in red for the #NetflixNaija launch. Looking forward to amazing things!!! Thanks to my glam squad"

Earlier today, the Enugu State based actor, had expressed his dissatisfaction with the fact that the New Living in Bondage clinched 8 Awards without any form of recognition to the old Living in Bondage which actually paved way for the celebrated one.

"I am sure most of the organizer are Yoruba. They did not even recognize the pillars or Nollywood, the original owner of loving in Bondage was not mention but new living in Bondage got 8 awards, our dead heroes like Sam Loco and others where not mentioned, Award without people that made Mama G, Ski and Paw paw, Pete Edochie,...

The attention of the management of Dangote Industries Limited has been drawn to a flash report of a suspected case of personnel currently being kept in isolation at the Mainland hospital, Yaba, Lagos.

We will like to state that an Indian national who is a staff of Onshore Construction Company-a mechanical, electrical and instrumentation contracting firm that specializes in fertilizer construction reported...