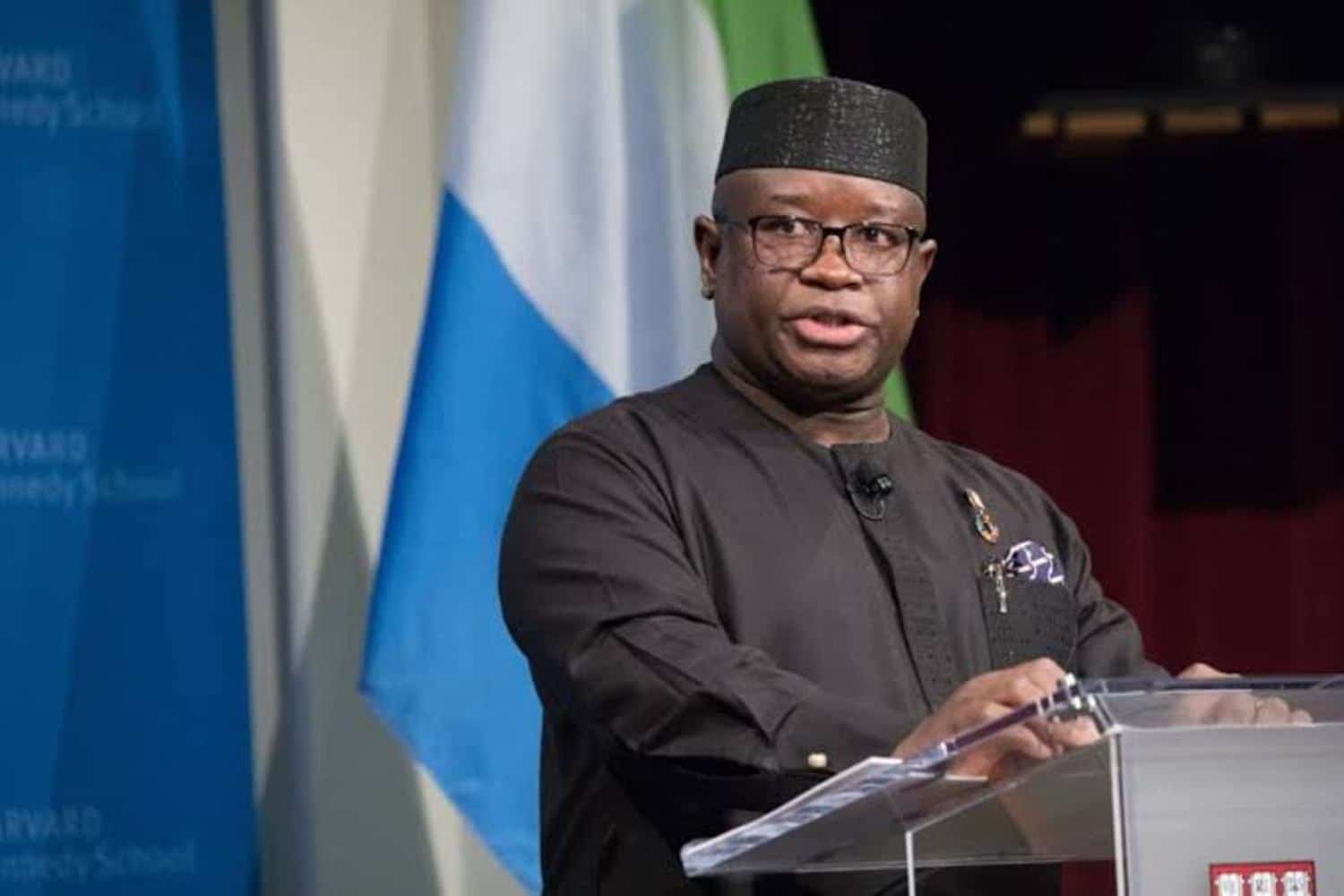 Sierra Leone president, Julius Maada Bio has terminated the appointment of his chief of protocol (SCOP), Fatmata Kargbo, after she gave a testimony at the Synagogue of All Nations, SCOAN, owned by Nigerian pastor, T.B Joshua.

Karagbo was seen on Emmanuel Television owned by SCOAN, giving a testimony of how God favored her with the presidential appointment. She also shared how she has since been able to complete her building project due to the favor.

“I want to thank God for blessing me with this job as SCOP to the president of Sierra Leone, ambassador at large and the blessings that come with it. If you look closely at this picture you will see the luxurious house God has blessed me with. I was living in a single room apartment. But my story is now different,”

Her testimony led to an outrage in Sierra Leone thereby forcing President Bio to terminate her appointment. He also ordered for her finances to be investigated by the country’s Anti-Corruption Commission (ACC) as the public wondered how she managed to secure all the goodies in a short period of time.

A letter sent to Kargbo by the AAC reads:

“The Anti-Corruption Commission has opened an official investigation into the conduct of the official and her testimony. We will also look at her source of wealth in acquiring her house and other properties. If it contradicts the anti-corruption act or we find instances of unexplained wealth, she will be charged to court and will be asked to pay a fine.”

Nigerians to protest against Buhari at UN General Assembly

Former Deputy National Publicity Secretary of the All Progressives Congress (APC), Timi Frank has stated that plans are underway to stage a protest against President Buhari at the forthcoming United Nations General Assembly.

According to him, the protest is aimed at seeking the release of Leah Sharibu, Chibok girls, Sambo Dasuki, Ibrahim El-Zakzaky and other political prisoners held by the Buhari-led administration.

“We urge all Nigerians in diaspora to come out and protest in New York and make him understand that Nigeria belongs to all of us. This apolitical protest is to save Nigeria from further destruction by Gen Buhari whose sole aim is to islamise Nigeria.

“A protest date will be communicated later, however Nigerians in diaspora...

Actress Nkechi Blessing appears to be teasing her fans on social media after she shared a video showing her kissing actor Mike Adeyemi.

According to the caption which accompanied the video, Mike Adeyemi might be Nkechi Blessing's boyfriend.

"It started from a movie scene, now we are here.....Tomorrow We celebrate my Best Part @official_mikeadeyemi007 ...Love you with every part of me.  Chukwuemeka"

However, this might actually be a prank from the actress who loves to thrive on controversies. Recall how she staged a fake marriage proposal with a fellow actor.

Shortly after the video showing the...

A Federal Court in Abuja has dismissed the application which challenges the detention of Omoyele Sowore, the convener of the Revolution Now protest.

Presiding judge, Evelyn Mata stated that hearing the application would mean a review of the directive issued to the Department for State Security, DSS.

A Federal High Court in Abuja had granted the request by the Department of State Services (DSS) to further detain Sowore for 45 days pending the conclusion of its investigation.

Justice Taiwo Taiwo, in a ruling on an ex-parte motion by the DSS, said he would allow the agency detain Sowore for 45 days in the first instance, which could be renewed upon an application, to enable the DSS complete its investigation.