For the Newbies, the KFB movie review is an every Friday column that gives you a cinema guide on which movies to

Synopsis: A Romantic
comedy about a slobby tomboy (Ufuoma McDermott) who has a string of
ill-luck after being transformed to a “Lady” by her mischievous flat
mates (Mary Lazarus, Izzie Otaigbe) just a few days to Christmas. She
unintentionally falls in love quickly and has to deal with its immediate
consequences. (Written by FilmHouse Cinemas)

Verdict: Abundantly
stupid. And excessively annoying. ‘Christmas is Coming’ is weaponized
boredom; designed to drive you crazy with anguish and frustration. And
it will. This counterfeit comedy is an instrument of torture. It will
have you literally tearing your hair out as you sink helplessly into
restlessness. This will do your health no good.

You will fall asleep in anger, and
wake up angrier when you find out it’s still playing. Because, at
approximately a hundred minutes long, ‘Christmas is Coming’ boasts a
rate of failure that is truly genre defining. A bonafide stack of
misses; the only bite of true laughter it has to offer is buried
somewhere in its last eight minutes.

Literally, we only heard the
audience laugh once throughout the screening. And when it was done,
every single person we were privileged to speak to agreed- “It was
sorely boring”. To put it most precisely; ‘Christmas is Coming’ is
monumental filth that ought to be avoided. At all cost! It tells a
ridiculous story, in a horrendous way. And while at it, it parades a
concentrated blend of terrible acting and lackluster performances.

Fiercely not recommended! Not even if it’s free. This Friday is “Black” enough already.

Photos of beautiful child beggar captured by a photographer in Calabar 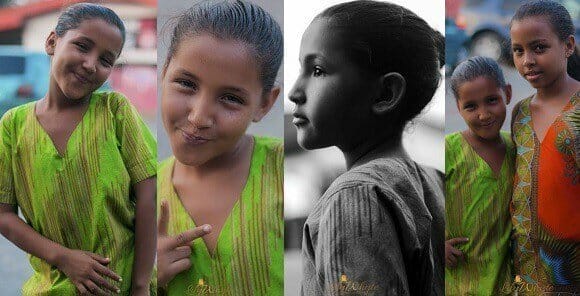 If you’ve been to Lagos before.. Or Nigeria in general, you’d
have come across some Lebanese children, who apparently beg for alms
from motorists on the street.

Apparently, a photographer, @Lilian_isih came across some of them, and then took their photos… The...