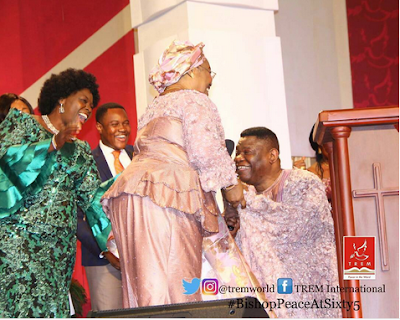 Presiding Bishop of The Redeemed Evangelical Mission (TREM), Mike
Okonkwo surprised his wife of 37 years, Peace Okonkwo on Sunday by asking
her to marry him again in the presence of his congregation.
This happened right after they had a thanksgiving session during the service to mark her 65th birthday.
It
has always being on record that Mike Okonwkwo as a young man was so shy
that he had to ask his elder sister to speak to Peace his behalf.

“Bishop
is a very shy person and he could not talk to me. After the Civil War,
everybody started to go to church because there was nothing to look
forward to; he could not propose to me. It was his elder sister that
walked up to me on his behalf. The lady just liked me, she is a pastor
now. He told his sister that he liked me and she promised to talk to me
on his behalf. The first time she spoke to me on his behalf, I shrugged
it off and told her that we fought every day in church because I felt
that he was arrogant. He drove his father’s car while we always trekked
and whenever he got to church, he always wanted his voice to be heard
but that was his nature. When you look at him at first glance, you would
think he is a proud person but on the contrary, he is very down to
earth and simple.

When his sister insisted, I told her
that I would think about it but I had to go to school first because my
aunty was planning for me to join her abroad. I knew his parents and all
his family members so that made things easy; here we are today.” Peace disclosed in an Interview. You can read more (HERE).

Interestingly however, Bishop Mike decided to propose all over again on Sunday and of course she said yesssssss!!!! 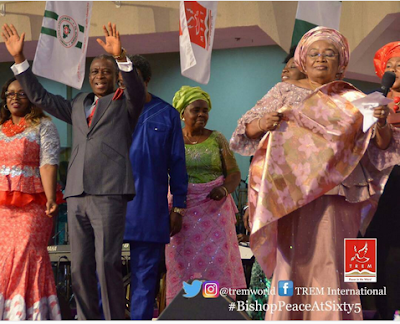 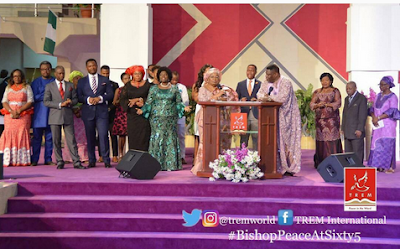 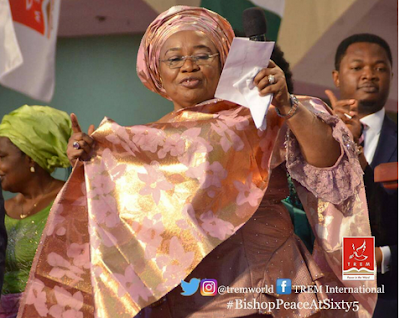 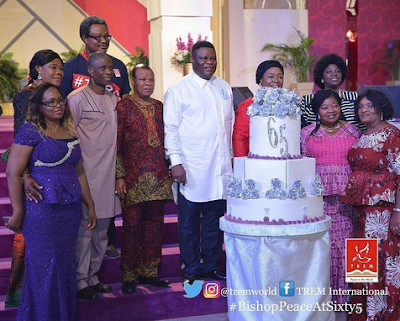 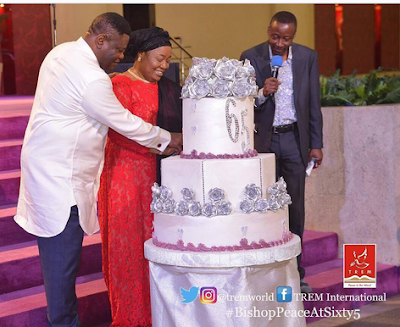 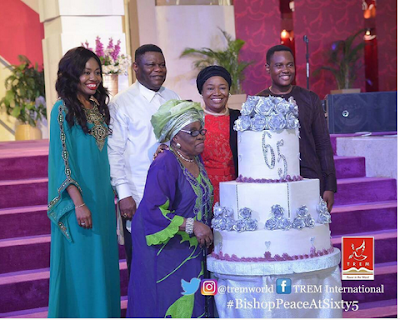 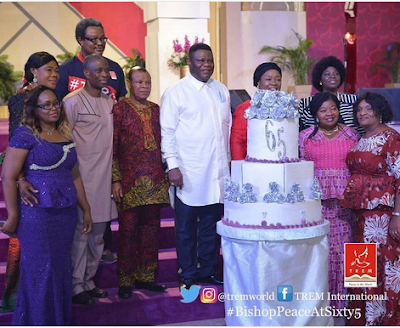 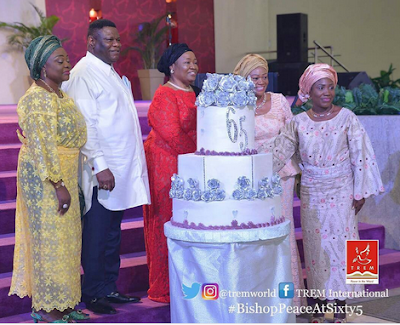 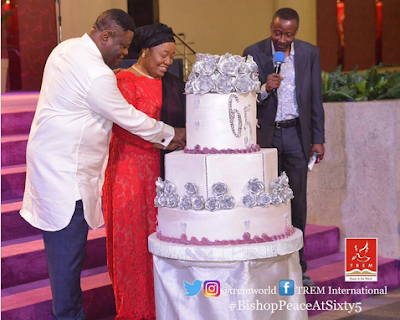 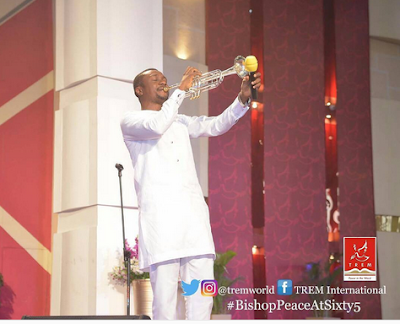 READ
Hardship looms as over 10,000 British Airways staff are set to be sacked

Nigerian man calls out BBNaija star, Elozonam for allegedly sleeping with his wife