You can
check out our other reviews

So yesterday I got to watch the highly anticipated movie, Isoken
and oh my, I was beyond impressed!

It is an awesome movie, viewers didn’t want to leave the cinema hall!!!…it is
WORTH the hype, your money and time…. ….and no, I wasn’t paid to say
this!!!!!
Synopsis: The Jade Osiberu film takes a look at the societal pressure faced by unmarried African women despite their career success. It also focused on the dilemma
encountered by a female character who has to choose from a pair of men
with unique attractive attributes.   Starring: Joseph Benjamin, Dakore Akande, Funke Akindele, Lydia Forson, Tina Mba, Ngozi Nwosu, Damilola Attoh, Patrick Doyle.

Kudos to Jade Osiberu ..she was the writer, producer and director of Isoken, up three in one!

Cinematography✔️
Funny✔️
Entertaining✔️    Isoken is Stellar….Beautiful….Suave…and Refreshing. The movie is funny – not in a rolling-on-the-floor kind of way, but in the knowing smile and chuckle kind of way. In the ‘I know a mother or aunt like this’ way. In the ‘I have been there’ kind of way. The laughs are accompanied by insights into friendship, love, societal pressure, self-confidence, courage and stereotypes.

Isoken’s story line is all too familiar to a lot of ladies: Over 30,
single, has a successful life, but is being pressured by mum to go get a
husband anyway she can find him, to make things worse, her two younger
sisters are already married. Masters and Phd don’t matter, to mum,
marriage defines a woman. After a string of failed matchmaking, Isoken’s mother finally succeeds with Osaze (Joseph Benjamin), who is also from Edo State, successful, handsome and from a good family.

Netflix Movie Review: Diamonds In The Sky will leave you with mixed feelings about Cancer

In an unexpected series of embarrassing events, Isoken meets Kevin (Marc Rhys) an English photographer, and begins a beautiful friendship with him.   She finds herself faced with choosing from two men from different cultural backgrounds, with unique attractive attributes.

Joseph Benjamin did well as a detached but ambitious Lagos boy.
Handsome, fantastic apartment, from a good home and showed love
affluently. Funke Akindele didn’t speak bad grammar (THANK GOD) but she
was still refreshingly funny. Damilola Adegbite was the gentle friend even at first, i wasn’t feeling her acting, she was sort of too slow,
Tina Mba the over dramatic mother and then the energetic and hilarious Lydia Forson.

The movie is emotional, dramatic and funny. It also re-enforces the
need to never settle based on pressure, to listen to your heart and
speak up even if your voice shakes. Isoken found herself stuck in
between going for what was deemed right by her family and what she knew
was right. Dakore made the character believable as you could see the
emotions through her eyes.

My favorite scene was when the Oyibo guy showed up at her birthday party and asked “you didn’t tell me you were having a party” and Isoken whispered from her end “I am so sorry…” it was really adorable and sweet..everyone went awww!

If you love Nollywood, you have to see this to believe it. Words alone
cannot. Words alone, will not do. Just attempting to describe it alone
is giving me the jitters. . There are no
words.
If you’re like Isoken, take your mother to see this movie, warn her
before-hand but watch her enjoy the movie and come out smiling hopefully
with a new mindset. 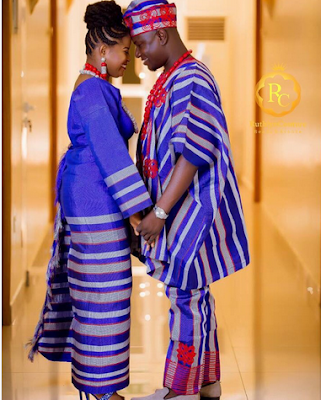 Well known Nigerian wedding hairstylist, Tobbie Touch, is set to wed his lover, Sewa and has released these prewedding photos: 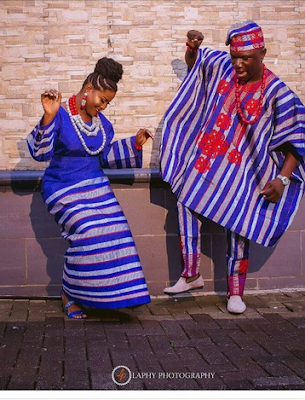 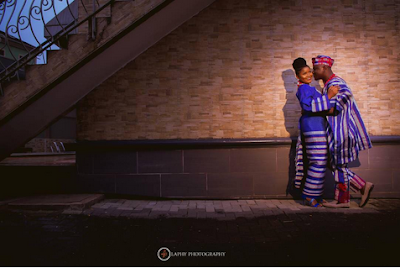 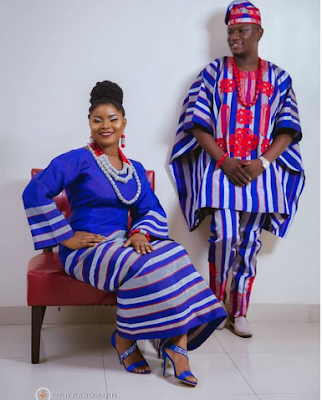 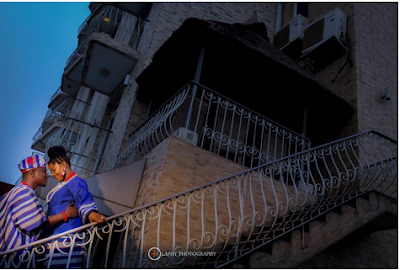 Sometime
last year, Five Star Music Boss, Kcee took to the street of Lagos to
hawk recharge cards on a charity project, and met Promise, a ‘shoe –
rack‘ hawker from Ebonyi state who he promised to help.

However
Promise who has been hawking for over 6 years, was arrested by
officials of KAI (Kick Against Indiscipline) and transported to their
office in Alausa, Ikeja the following week Kcee and his crew went all
out to help him.
He
was however released after Kcee and his brother intervened, and also
signed an undertaking never to hawk again. Luck shined upon Promise, as
he was given a brand new Toyota Corolla car courtesy of E-Money as well
as the sum of #300,000 to fuel the car, a new apartment and also a new
shoe business was opened for him.
16-months
after, Promise is now knocking...

Assistant Commissioner of Police tells how he arrested Evans

Head
of the Intelligence Response Team, Assistant Commissioner of Police
Abba Kyari, has disclosed that he had to take a ride on a commercial
motorcycle, popularly known as okada, to enable him move faster to the
Magodo GRA Phase II residence of notorious kidnap kingpin, Chukwudi
Onuamadike, aka Evans, to effect his arrest.


According
to reports, Kyari told correspondents on the phone that to avoid any
delay due to the usual chaotic traffic situation on Lagos roads, he had
to quickly jump on a commercial motorcycle from his Ikeja GRA location
to Magodo GRA Phase II to arrest Evans, who he had earlier been informed
by his men already deployed in the area, was making frantic
preparations to leave his mansion very soon.
He added that in the
early hours of Sunday, “At about 1.30am, Evans and some of his gang