Newly wed love birds, Tosin Oke and Yemi Sanni are our couple for the week!

Tosin Oke, the first daughter of  well renowned TREM’s Bishop Olu and Reverend Bolade
Oke got married last weekend to her “testimony”, Yemi Sanni, in a beautiful ceremony in Abeokuta.

The
occasion was graced by Bishop Mike Okonkwo of TREM, his wife, Bishop
Peace Okonkwo, and other notable men of God and dignitaries.

“I used to be a very fearful person. I’d worry and be afraid for no
apparent reason. It began to eat into my relationships. I’d date without
really consulting God but would convince myself that I had prayed
through the relationship. At some point in my life, I knew I was living
below what God had planned for me, but hey! I was just moving on because
I didn’t want to be single. I was afraid. I just wanted to feel secure
and safe, and of course I wanted to get married. So that fear characterized my life and my relationships.

God was at work because he kept frustrating my efforts. He would
literally cause something to happen, something that I couldn’t repair
and the relationship would end. This went on for a while until sometime
last year, when I really got to the height of it. I was in a
relationship and things literally just crumbled before me and I was
like, “God really? He’s not a bad person. It was supposed to be a good
relationship.”

He said, “Hey Tosin, you’re operating in fear and you’re
doing things for the wrong reasons. Getting married isn’t your problem.
Men are not your problem. You need to discover what I’ve told you to do
so that when I bring someone your way, you’ll recognize him and you’ll
know for sure this is who you should be with.”

So I went before God and was like, “Lord you know what? Even if I
never get married, I’m just going to love and serve you all the days of
my life. I don’t care about relationships; I just want to be that person
you want me to be.”

This was what I was doing for the latter part of
last year. I just began to love God and felt a burden lift off of me. I
was free from fear.

I had no plans to get married this year and wasn’t
praying about it. It wasn’t in my prayer requests for the year. But the
most amazing thing happened when I wasn’t searching.

I met someone and
had peace about it. We got engaged in 6 months and it was a surprise to
so many and myself too. God needed to deal with all that fear, worry and
anxiety while I was single and he did.

I  remember asking Yemi Sanni on our first date “so what do you read ???” Lol! ? the rest is history …it’s amazing how books can connect two hearts!”

A close friend of the Bride, Sola wrote thus:

I am full of JOY because this one taught me that God does not respect
deadlines. In short, HE DOESN’T CARE. The difference between this time
last year and now is a gap no man can fill. This is GOD. It doesn’t have
to be popular demand, it just has to be purpose and it has to be God’s
idea and timing. It also doesn’t matter what people think or how many
failed relationships you have. Your life takes shape when you drop it
all at his feet.

You cannot be deceiving
purpose. You have to live it and be true to your calling. This girl was
complete in him, chasing him, she no longer cared if she got married and
God just wanted her life to be more interesting. I remember vividly!
Kai! My sister is getting married and I will be right behind her as her
Matron of honour. Love you sis and this is happening for real! It’s late
by Man’s calendar but it couldn’t be more beautiful and perfect.

First photos from their wedding:

Charles Manigo, learned that the
girl he had raised and believed to be his own daughter for 18 years was
really another man's child. 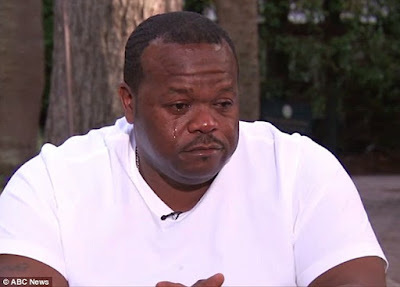 "I named her -- a name I had for a year. Alexis Kelly," Manigo told ABC News "She was the love of my life."

Manigo's former girlfriend, Gloria Williams, had allegedly snatched the
girl from a maternity ward, and lied when she told him she'd given
birth to the baby when he was away. '

Mobley grew up in Walterboro, South Carolina, thinking that Williams was
her biological mother, Jacksonville Sheriff Mike Williams said Friday.
He said that she now appears to be a normal 18-year-old woman in good
health. 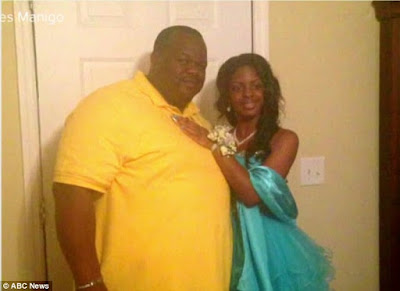