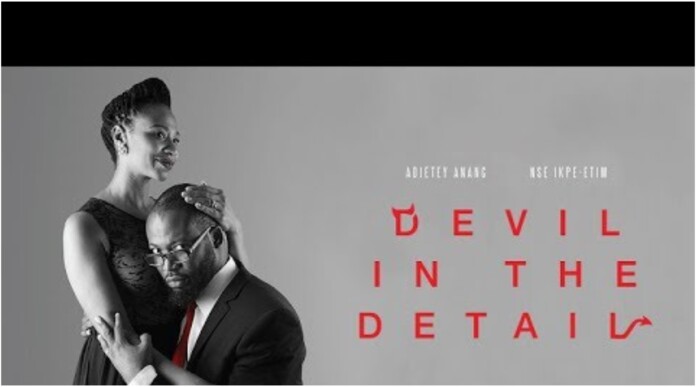 We get to review our very first Ghanaian movie – Devil in the Detail, directed and written by: Shirley Frimpong Manso
You can watch trailer HERE.

Synopsis
A happy marriage gets shaken to its roots when suspicions of infidelity sets in.

Ben (Adjetey Anang) and Helen (Nse Ikpe- Etim) are a high powered
couple who live in the upper side of town, earn at least 6 figures and
are striking enough to give off the appearance of the perfect marriage.
Until cracks begin to show. Helen starts to get distracted; late night
phone calls, text messages that just won’t quit, roses are delivered to
her home by an unknown admirer. What is a man to do? Her husband trails
her and uncovers a dangerous liaison with a hot-bodied youngster. He is
devastated. She must be having an affair. Or so it seems, but is she
really? 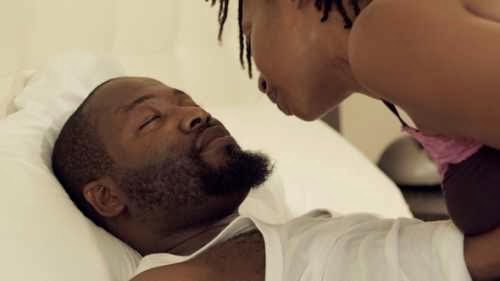 Ben is a coward so instead of confronting Helen, he doesn’t get mad,
he gets even. He embarks on a torrid, sizzling affair with his personal
assistant even when it is abundantly clear that no good can come out of
such a relationship. Helen confronts him and it turns out she was only
planning a surprise birthday party for him. She neatly explains away all
the signs, perhaps too smoothly. All is well again in la la land. Or is
it? Actions come with consequences and Ben and Helen are forced to live
confront the consequences of their actions in interesting ways. 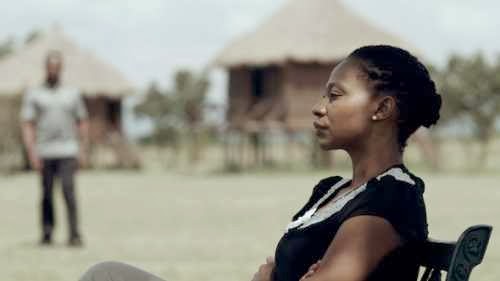 Right from the opening scene, sex was
established as the central device. Sex is a theme that is central to this film and right from the
opening scene, there is enough of it to go round.
As a matter of fact, I have forgotten
the number of sex scenes I saw in the movie. 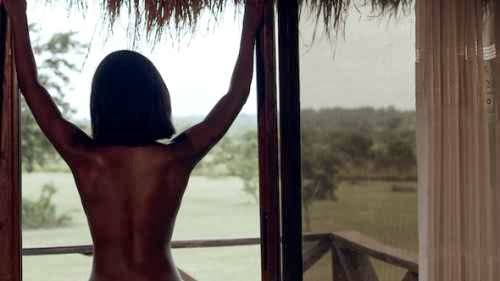 However,
Frimpong-Manso manages to keep it at a tasteful level. This is not your
average Ghollywood film where everyone is having sex just for the sake
of it. A lot is achieved without actual nudity and the actresses
Ikpe-Etim and newcomer Ama Ampofo deserve kudos for making mincemeat out
of their sultry, heavily sexualised roles.
The movie dragged on a bit too long, (kinda boring) and
somewhere in the middle I was hoping things will speed up and see how
the movie ends. (which was very satisfying).
The Directing
The directorial skills of Shirley Frimpong Manso couldn’t be doubted.
For a movie which I rate ‘R’ and wouldn’t recommend for people below 18,
there is hardly any nudity. However, she does a good job creating as
much sexual ‘explicity’ as possible with little or no clothes off.
The most impressive thing was the sound
design. There was hardly any background music used and this was just
perfect. And when there is music, it’s well chosen and well placed. 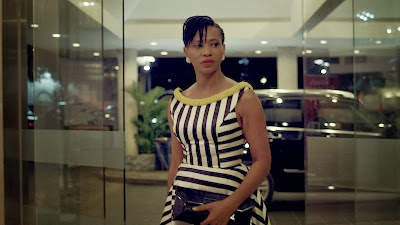 The Acting
With a story which relied very much on some really important emotions,
this would have been a failure with the wrong cast. But this was a
well-chosen and enjoyable cast.
Ama Ampofo was annoying, believable,
seductive and emotional when all were demanded from her, and she was
splendid. It’s hard to believe this is her first ever movie role. We
will definitely be seeing a lot more of her.
Adjety Anang also did a nice job but I
felt he could have been more flexible. He probably had only three facial
expressions in the movie.
And lastly, Nse Etim -arguably the best actress in Nollywood right now.
The Verdict
Devil In The Detail does a good job in entertaining but when the debates
are settled by fans, there isn’t much the movie leaves behind – some say the movie is boring and confusing, while I
did enjoy the movie (to an extent).

Review was done by Wilfred Okiche, Sodas and Popcorn, and Kemi Filani!