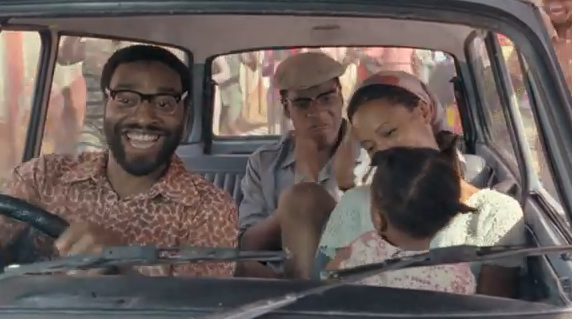 It was directed by Biyi Bandele.

Set in 1960s, Half of a Yellow Sun is an epic love story (I love ‘Love stories’),
weaving together the lives of four people (the twin sisters and their lovers) caught up in the turbulence of
the Nigerian civil war.

Storyline: During the mid-to-late sixties, twin sisters Olanna (Thandie
Newton) and Kainene (Anika Noni Rose) return to Nigeria after their education
in England, they make decisions that shock their family. 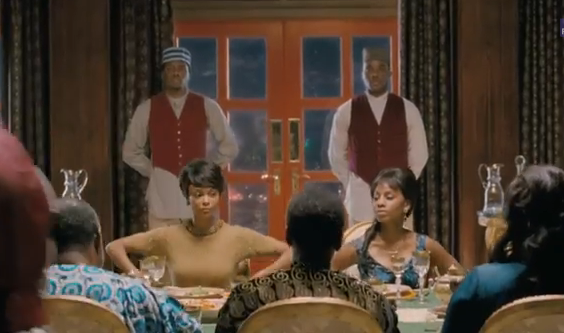 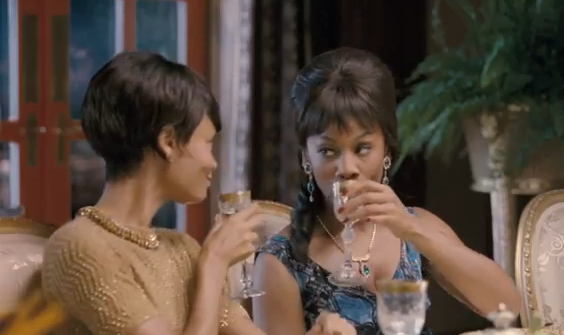 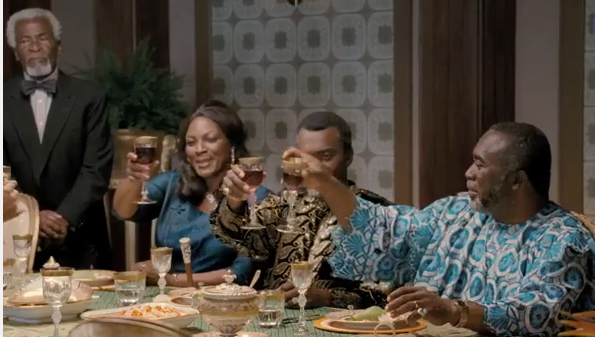 Olanna moves in with
her lover, the ‘revolutionary professor’ Odenigbo (Chiwetel
Ejiofor) and his houseboy Ugwu (John Boyega)
while Kainene, the other sister with a dry sense of humour, takes over the family interests and pursues a career as a
businesswoman, falling in love with Richard (Joseph
Mawle), an English writer. 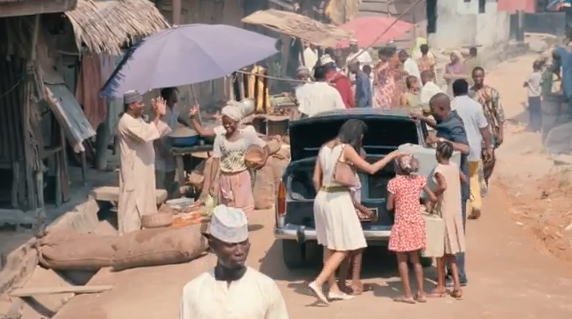 Jumping four years ahead, trouble is brewing between the Hausa and the Igbo people and hundreds of people die in the massacres, including Olanna’s beloved auntie (Gloria Young) and uncle.

As the Igbo people struggle to establish Biafra as an
independent republic, the sisters become caught up in the shocking violence of
the Nigerian Civil War and a betrayal that threatens
their family forever. 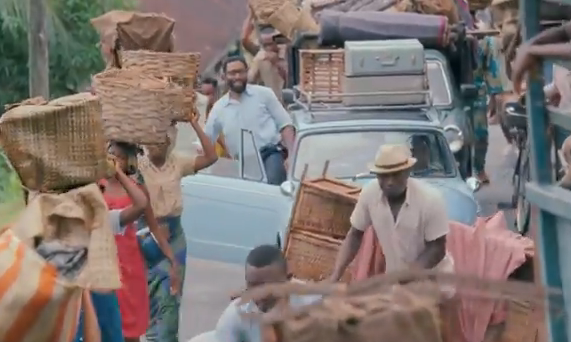 You see, when Chimamanda Adichie’s approval/consent was sought for the release of the movie, she said “This
is my baby and I need you to treat my baby well, you are about to
perform a surgery on my little baby…. and I can’t stand you tearing
her apart… so I trust you to do a good job” and yes, KFB can categorically tell you that the cast, crew and production team treated that ‘baby’ well. From set design to
costume design, production quality, background music, lighting etc, everything was on point!

The cast interpreted their roles well!

Thandie Newton, who grounds the film, delivered a career best
performance with her interpretation of Olanna, a strong, sympathetic
Igbo woman living in extraordinary times.

I wasn’t a fan of Thandie Newton as Olanna (back when the news broke
that she was playing that character) and like her other movies she
turned Olanna into a cry baby.

In her defense, a well acted cry baby. Her acting was strong
and she had good chemistry with her co-stars.

Odenigbo is a tribalistic and Chiwetel Ejiofor did him
justice…damn, I loved his Nigerian accent! 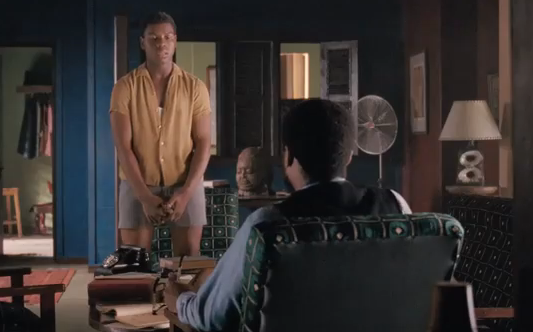 He delivered his talks
exactly like one would imagine the 60′s era well
educated Igbo man he’s playing would.

Anika Noni-Rose’s portrayal of Kainene was spot on. She was everything I
imagined the character would be (and a cutie to boot). She won over a
fan for life.

John Boyega’s portrayal of Ugwu, the 13-year-old houseboy of Odebigbo was spot on too – the dude was hilarious and the only thing he enjoyed cooking was Jolof rice, lol!

Geneveive Nnaji who played Ms Adebayo featured in just three scenes which is fair enough compared to OC Ukeje who featured in just a scene and barely said a few words in the movie, the only words OC said were “Mama doesn’t want to pack o…I’m going to Umuahia” 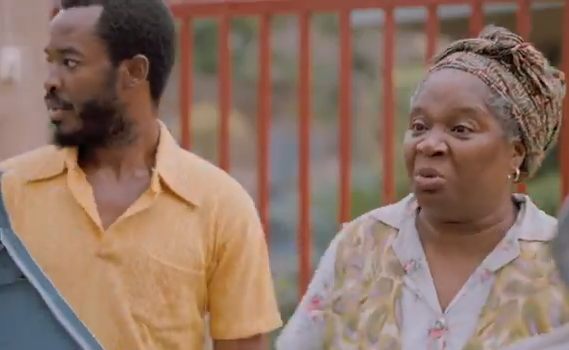 Onyeka Onwenu did justice to her role, I fell in love with her portrayal of the ‘mama’ role…you all need to watch this movie!

It felt good seeing Zack Orji again, he looked so fresh…..fantastic actor!
You can watch the movie trailer HERE and HERE.

Oh by the way, when going to see the movie at the cinemas next month ((Chiwetel Ejiofor and Thandie Newton will be present at the premiere in Lagos), go with a tissue or two, especially if you are a very emotional person like me :).’
The scenes featuring an explosion at a wedding, to people being shot
without a second thought by soldiers, kinda made me cry!
I got bored at some point though cos I’m not a fan of
historic movies but I totally enjoyed the love story and then the ending was unexpected!!
And ps, reading the book makes the movie much easier to understand.
Shot in the Tinapa Studios in Calabar and other locations in Creek
Town, Half of a Yellow Sun possesses a technical quality that
demonstrates the possibility of high quality production in Nigeria, with
the appropriate budget and technical input.

According to Yewande Sadiku, the Executive Producer of the film, finding the funds for the flick was not easy “After
I successfully raised $1bn for an undisclosed telecommunications
company in Nigeria, I thought it would be very easy to raised $12m to
shoot Half of a Yellow Sun. But I was wrong.“After I was
turned down by some investors, I became very sad and unhappy for
Nollywood. But the required funds were finally realised. The movie costs
us about $10m dollars to shoot and this is beside other fees“.” she said at the private screening on Tuesday. #Okbye!

For those of you asking if D’banj’s ‘Bother you’ track was used in the movie…it WASN’T! I guess D’banj was inspired to record
“Bother You” after watching the film.
Music/soundtrack for Half of a yellow sun was done by: Ben Onono and Paul Thomson. 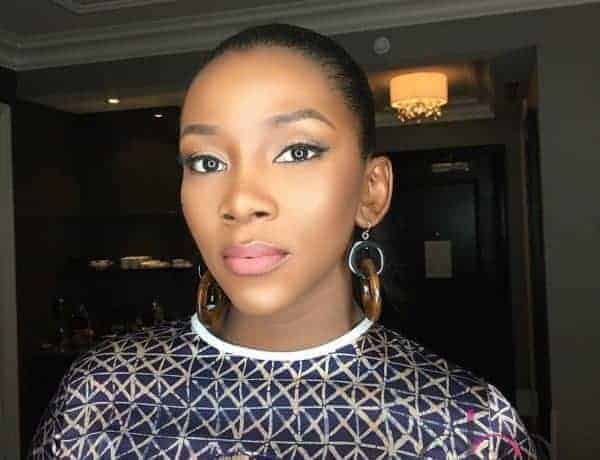 KFB Movie! There was no ‘chemistry’ between Funke Akindele and Joseph Benjamin in ‘Married but Living Single’