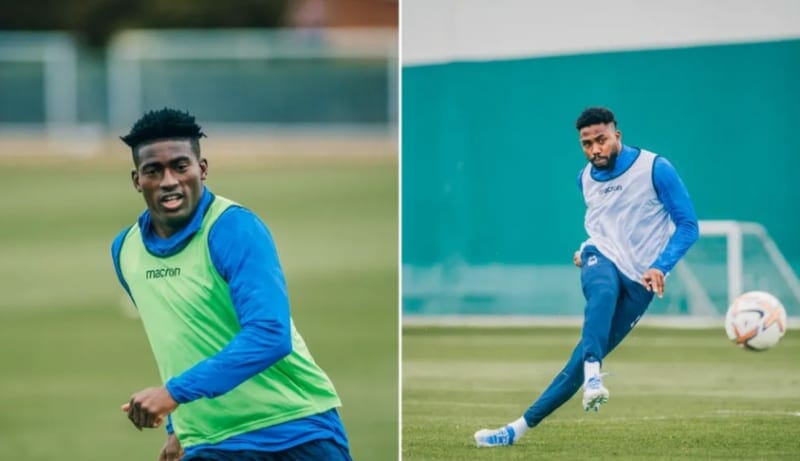 Although the Nigerian internationals have scored three goals for the Tricky Trees, they are not solely to blame for the team’s scoring drought.

On the one hand, you’re prone to draw attention to his team’s lack of well-created opportunities and the fact that they gave Roberto De Zerbi’s team a number of chances.

The Tricky Trees’ point, on the other hand, put a stop to a run of three road losses during which they had given up 11 goals in defeats at Manchester City, Leicester City, and Wolverhampton Wanderers.

After the deadlock, an enthusiastic Cooper said: “It’s a good point, If we had a few more points on the board ourselves it would be a great point.

“You have to look at the game in isolation and respect them and look at what we did well in the game. It is progress.”

In actuality, had the outcome been different, the Forest head coach’s evaluation might have been different. The freshly promoted team was under pressure for almost the whole game and had to endure a bombardment of Seagulls’ efforts, especially in the first half.

Dean Henderson and Brighton’s carelessness were to blame for Forest’s defense’s ability to secure what must be considered an unfair away point. It was their highest Expected Goals Against (xGA) since that humiliating loss at Manchester City in late August (six goals were conceded from xGA of 3.7).

They only tried three attempts in the attack throughout the whole game, resulting in 0.2 Expected Goals (xG), the lowest xG return since the beginning of the campaign.

Cooper made the unusual choice to play Brennan Johnson down the middle instead of Emmanuel Dennis or Taiwo Awoniyi against the Seagulls, with Jesse Lingard and Morgan Gibbs-White on either side as the number 10s presumably anticipated to take advantage of the half-spaces.

Not all of the reviews for that call were negative. While Awoniyi’s goals against West Ham United and Fulham have given the former Union Berlin player a chance to start, Dennis has only scored once since joining from Watford.

Despite being tied for first with Johnson in Premier League goals scored (two), the former Union center-forward has only started four games for the Tricky Trees. He has also played in a total of 12 minutes against Wolves and Brighton, when a win and a point against those teams, respectively, could have still been secured in midweek.

Johnson, on the other hand, has started each game for Forest since they were promoted again. This is logical, to be sure, as the Welshman contributed significantly to the team’s comeback to the top flight by scoring 16 times and setting up 11 goals.

Two goals in their semi-final playoff victory against Sheffield United showed his dependability in carrying the load for the club. 27 goals accounted for 35% of Forest’s return. Cooper was always going to rely on Johnson in the Premier League over the following summer, which saw a ton of transfers and a ton of signings.

The larger issue for Forest, which has ultimately hampered Dennis and Awoniyi in the top division, has been the team’s attack’s glaring incoherence, inability to regularly create high-quality chances, and average ball movement.

The performance of Cooper’s team is dismal, ranking 19th in big chances and second-to-last in the league in opportunities generated (69). The fact that the new players are ranked 19th, 18th, and last for completed passes into the final third, passes into the penalty area, and progressive passes is noteworthy and informative (all per 90 stats).

Only Bournemouth’s 37.9% possession average is lower, so those numbers are typical for a team that averages 42.2 percent possession, but the team’s constant futile combination play and general incoherence up top has been evident.

Dennis’ performance against Wolves brought to light this unresolved misunderstanding between teammates. The Super Eagle once made a run behind the home team’s backline, but the through ball never materialized.

This weekend, Forest will host Liverpool in an effort to continue the Reds’ winless road record for the 2022–23 season.

Observers anticipate Jurgen Klopp’s team to break that strange streak of results while they are on the move as Cooper’s team is finding it difficult to mount attacks.

A loss won’t spell the end for the lowest team, but their unwillingness to address long-standing problems will hurt Awoniyi and Dennis’ earnings and possibly lead to an abrupt relegation to the Championship at the end of the season. 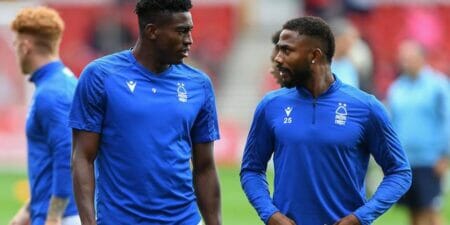 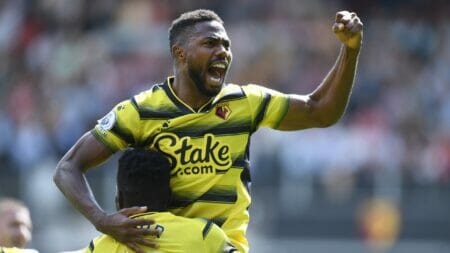 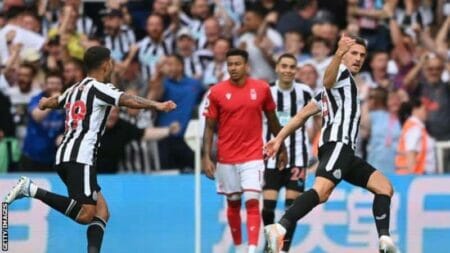 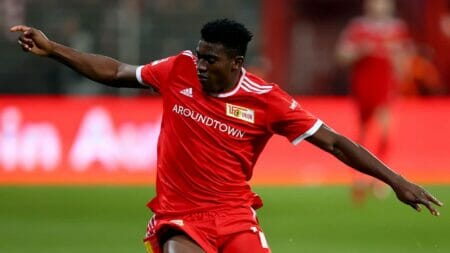