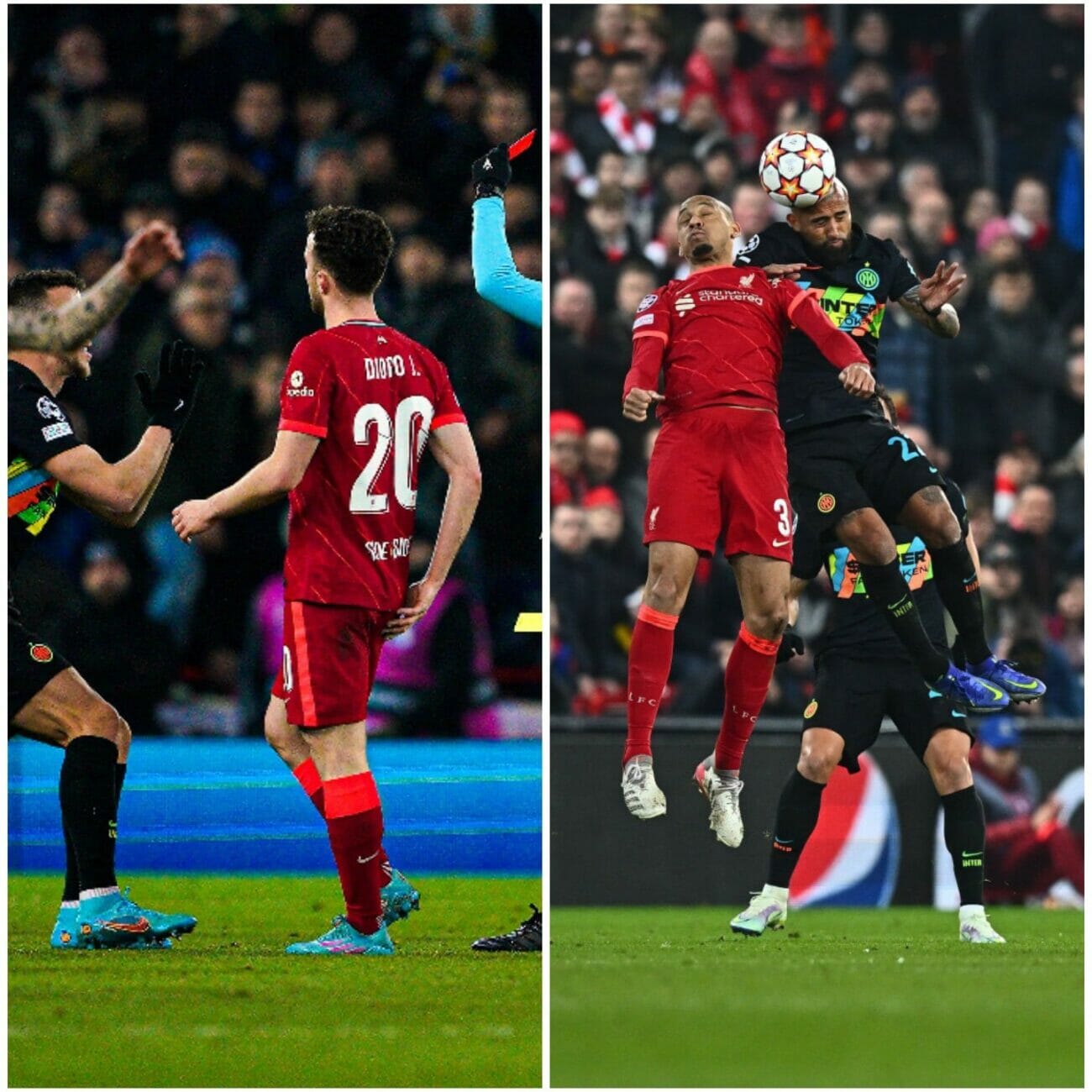 Liverpool suffered a 0-1 (2-1 AGG) defeat to Inter Milan in the second leg of their UEFA Champions League round of 16 game at Anfield on Tuesday.

The first-half of the encounter ended in a goalless draw with both sides missing chances.

Inter striker Latauro Martinez scored the only goal of the match in the 61st minute, which turned out to be the winner but wasn’t enough to save the Simone Inzaghi’s side as Liverpool won on aggregate.

Inter’s hope for European glory suffered a dead blow after Sanchez was sent off in the 63rd minute.

The Italians put up a good fight despite been one man down but were unlucky to get more goals.