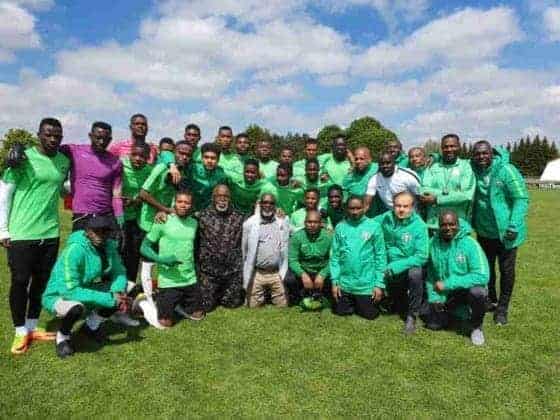 The Flying Eagles of Nigeria that participated in the last game against Senegal in 2019 U-20 World Cup in Poland have refused to leave their hotel.

They have refused to leave until they receive their unpaid bonuses and allowances.

You will recall that Nigerians crashed out of the tournament on Monday by losing 2-1 to Senegal in 16 game at the competition on Monday.

However, the team have said they will not leave their hotel rooms until all their match bonuses and allowances were paid.

A member of the team told Brila FM that ”the officials told them to come down to Nigeria before they would pay, but we refused and we are all in our rooms as I speak right no