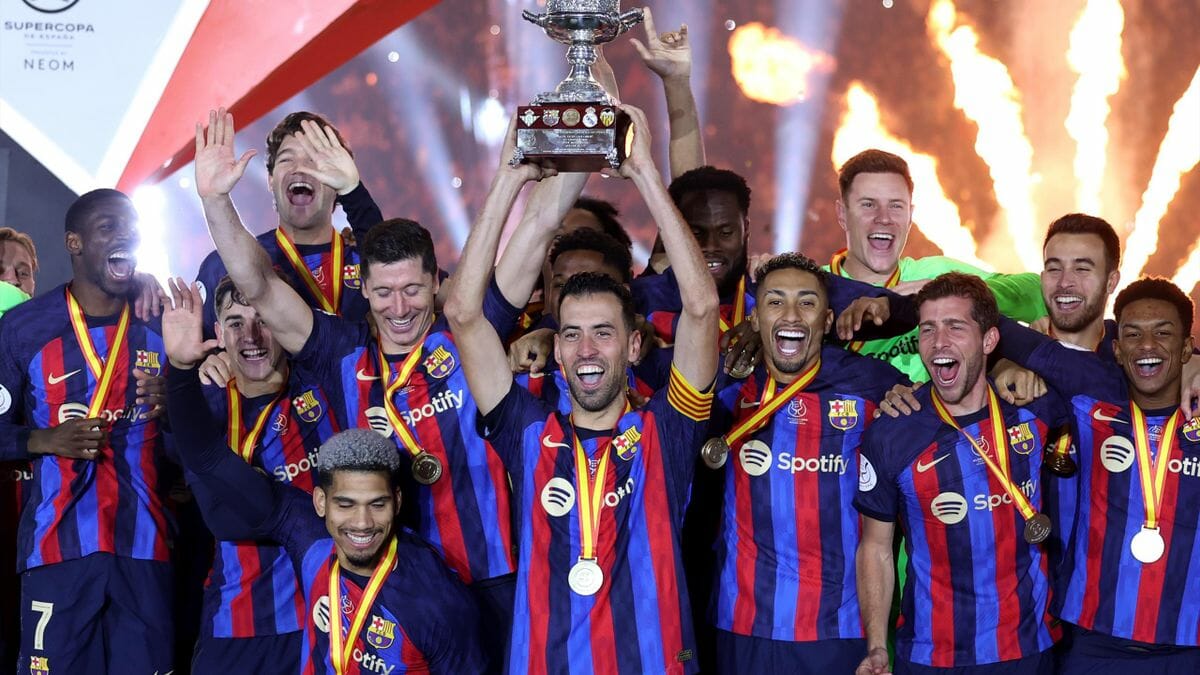 Xavi Hernandez has lifted his first trophy as Barcelona manager, following their 3-1 win over Real Madrid in the Spanish Super Cup final on Sunday.

Gavi opened the scoring for the Catalans in the 34th minute before Robert Lewandowski found the net on the stroke of half-time.

Real tried to fight back after the break, but this was Barcelona’s evening. Pedri scored a third goal to add to Real’s misery, although Karim Benzema did score a late consolation for Carlo Ancelotti’s side. Here are the main talking points from Sunday’s final.

Remember the giant World Cup trophy that was used in Qatar? Well, there was a giant Spanish Super Cup trophy at the King Fahd International Stadium on Sunday night – as fans inside the ground enjoyed a rather needless fireworks display before the game.

Sunday’s final was held in Riyadh, the capital of Saudi Arabia, for the second consecutive year. Only one of the last five finals have actually been held in Spain, as the country’s footballing governing body aims to maximise revenue by taking the tournament overseas.

The Spanish Super Cup is also now a four-team event, with Real and Barcelona beating Valencia and Real Betis respectively in the semi-finals. In fact, it hasn’t been a two-team game since Barcelona defeated Sevilla 2-1 in the 2018 edition – held in Morocco.