Real Madrid lost for the first time this year when Osasuna held them at the Bernabeu with 10 men after Karim Benzema missed a late penalty.

In the 80th minute, Benzema’s penalty kick smacked against the crossbar, ending Real’s successful start to their title defence.

The hosts took the lead after Vinicius Junior before Kike Garcia equalised.

Osasuna were reduced to ten men when David Garcia was sent off for the foul on Benzema that resulted in the penalty.

After a VAR review, Garcia was dismissed for pushing the France striker while he was the last defender, but Benzema was unable to take advantage.

Moments later, he had the ball in the net, but it was determined that he was slightly offside, allowing Osasuna to earn a point at the Bernabeu for the second time in as many seasons.

Madrid and rival Barcelona are tied on points, but Madrid continues to lead the La Liga standings based on goal differential.

BENZEMA draw misses penalty Real Madrid 1-1 Osasuna
Previous ArticleTwo Yobe communities ordered to relocate over massive flooding
Next Article ‘What else does Tinubu need to do to prove that he is not dying today?’ – Toyin Abraham tackles Peter Obi supporters over recent video 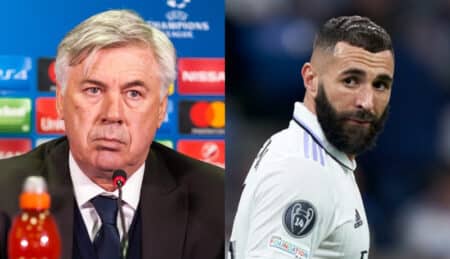 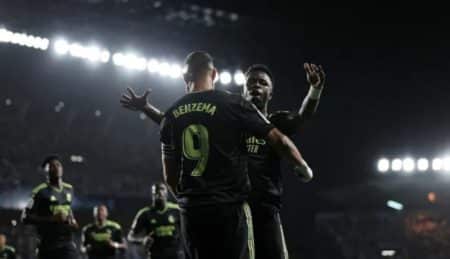 Vinicius Jr opens up on relationship with Benzema, transfer rumors