The Three Lions were eliminated in the round of eight for a record-tying seventh time in World Cup history. France, the defending champions, advanced to the round of four thanks to goals from Aurelien Tchouameni and Olivier Giroud.

Early in the second half, England’s Kane converted a penalty to tie the game, but he missed a second opportunity six minutes later when he shot over Hugo Lloris’ crossbar.

After that, England failed to create a clear-cut opportunity, allowing France to advance and face surprise semifinal losers Morocco for a spot in the championship match against either Argentina or Croatia.

Southgate opens up on England job

Southgate said he needed time to “review and reflect” on how the Three Lions had performed at the competition after the game, declining to commit to leading England going forward.

However, after previously expressing his disappointment at missing England’s second penalty, Kane was unwavering in his support for Southgate and stated that he wants the 52-year-old to continue as coach.

“That’s down to him [whether he stays].” Kane told ITV. “We’ve loved having him as a manager, I think he’s been incredible, when you see where he’s taken us from to where we are now, it’s an amazing leap.

“I think we all hope he stays, but that’s his decision, obviously he’ll go away and review that, but before we know it we’ll be getting ready for a Euros.”

Even though many onlookers thought England performed well overall, Southgate himself told the media that he thought the team deserved better on the night.

“Well I think the performance did [deserve better],” Southgate said. “Goals are decisive but I’ve just said to the players in there, I don’t think they can give anymore, they did well against a top team.

“It’s fine margins, things at both ends of the pitch have decided the game I think the way they’ve progressed through the tournament has been fantastic.” 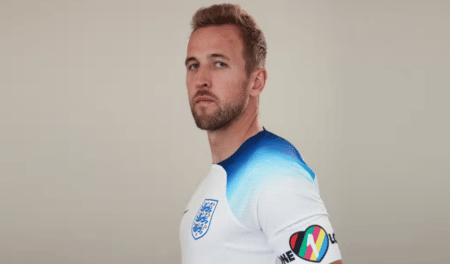 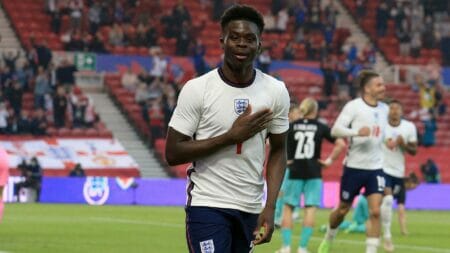