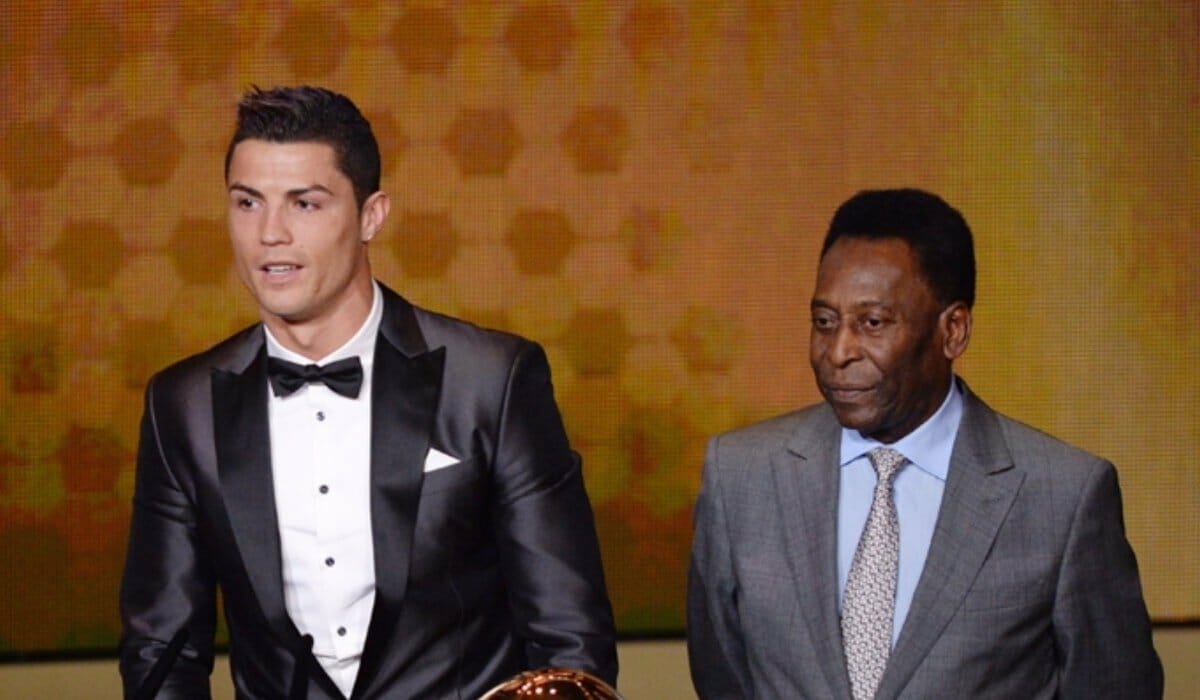 After Pele passed away at the age of 82, Cristiano Ronaldo paid tribute to the late Brazilian legend, saying “a mere goodbye” is insufficient for the three-time World Cup champion.

After a battle with colon cancer, Pele passed away on Thursday, according to his daughter.

Football players and clubs from all over the world have paid their respects to the attacker, who helped his nation win the 1958, 1962, and 1970 World Cups. His death has sparked an outpouring of grief across the sport.

Now Ronaldo, who is frequently cited as one of the game’s all-time greats, has written his own sincere ode to the former forward.

“My deepest condolences to all of Brazil, and in particular to the family of Mr Edson Arantes do Nascimento,” he wrote on Instagram.

“A mere goodbye to the eternal King Pele will never be enough to express the pain that currently embraces the entire world of football.

“[He was] an inspiration for so many millions, a reference from yesterday, today, forever. The affection he always showed for me was reciprocal in every moment we shared, even from a distance.

“He will never be forgotten, and his memory will live on forever in each of us football lovers. Rest in peace, King Pele.”