Osimhen included in Serie A Team Of The Week Napoli striker, Victor Osimhen, has been included in the Serie A Team of the Week following his hat-trick in their 4-0 home win against Sassuolo on Saturday.

The Team of the Week was compiled by football facts and statistics website whoscored.com.

Osimhen was one of four Napoli players who made the list.

Osimhen opened scoring for Napoli in the fourth minute before doubling the lead in the 19th minute.

The Super Eagles star then completed his hat-trick to make it 4-0 with 13 minutes left to play.

He has now taken his tally to seven in eight league appearances for the Serie A leaders.

Osimhen has been in sensational form for his Serie A club Napoli this season.

The 23-year-old grabbed a hat-trick in their 4-0 drubbing of Sassuolo last weekend.

It was his first hat-trick for the Parthenopeans.

Drogba made the assertion while reacting to a video clip on Twitter.

In the video, Osimhen unselfishly gave the ball to his Napoli teammate, Khivicha Kvaratskhelia to score from the penalty spot in a UEFA Champions League clash against Ajax last month.

Kvaratskhelia didn’t disappoint the Nigerian as he slotted the ball into the net to put the Partenopei 3-1 ahead in the game. 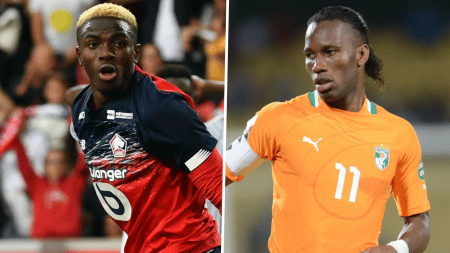 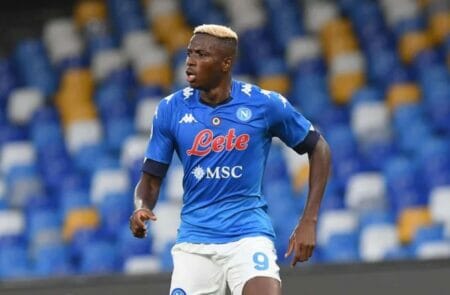