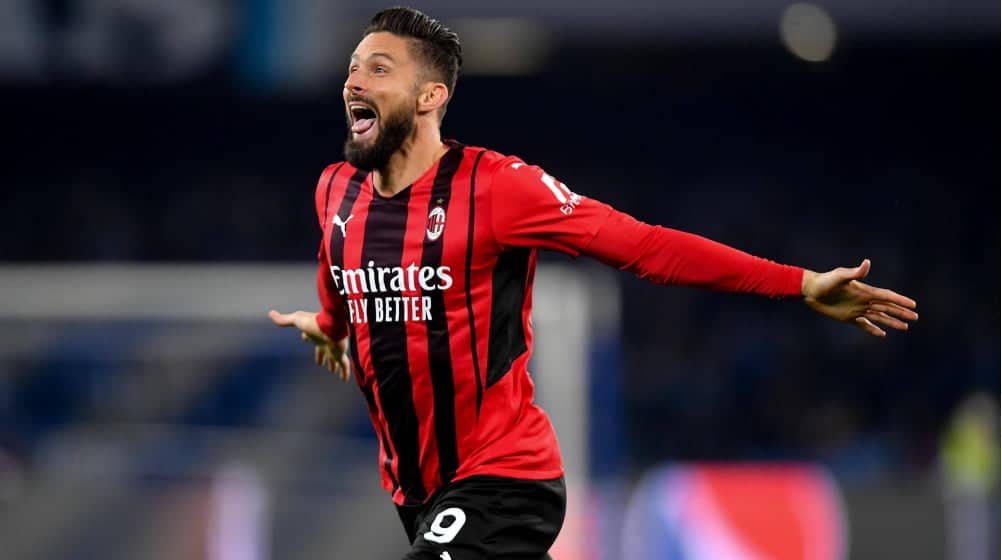 In a recent interview, Olivier Giroud discussed his departure from Chelsea for AC Milan and the reasons behind his decision.

The French international joined the Serie A team in July 2021 on a two-year deal, and during his first season with the Italian club, he contributed to 15 goals in 29 league games.

Giroud played for Arsenal for six years prior to joining Chelsea, giving him a wealth of Premier League experience. The striker played over 100 times with the Blues, contributing 14 assists and 39 goals.

In Milan, the 35-year-old seemed to have found a new lease of life, which for him came at just the right time because, in his final season at Chelsea, he wasn’t particularly high on the pecking order. Giroud has discussed his difficult last few months with the Blues and his possible escape strategies.

“At that time, I was not getting regular playing time at Chelsea, I was the third-choice striker, so I tried to find a solution with Frank Lampard. I couldn’t remain in that situation,” he admitted last week.

“I wanted to leave, but Lampard told me that he needed a replacement. He promised me that I would have had more chances and gave me the opportunity to do so, I think I scored eight goals in the final ten games of the season. At that time, Italian clubs were very interested.”

“I was so desperate to leave that I even told Lampard that I’d have joined Tottenham because I knew that Jose Mourinho wanted me. In the end, I think it would have been difficult because I had played for Arsenal. Destiny wanted me to be here, wearing the Rossoneri shirt,” Giroud continued.

These are comparable to the statements the striker has previously made in describing his difficulty transferring. Giroud went so far as to say that Inter Milan, where Antonio Conte was in charge at the time, had some potential.

“Everyone knows that Inter’s sporting project was the most interesting for me. Them aside, Lazio and Tottenham also looked at me,” he admitted.

“At one point, it was a question of where I wanted to play. I talked to Conte on the phone, he’s known me from when he took me to Chelsea: that was an advantage for me.”