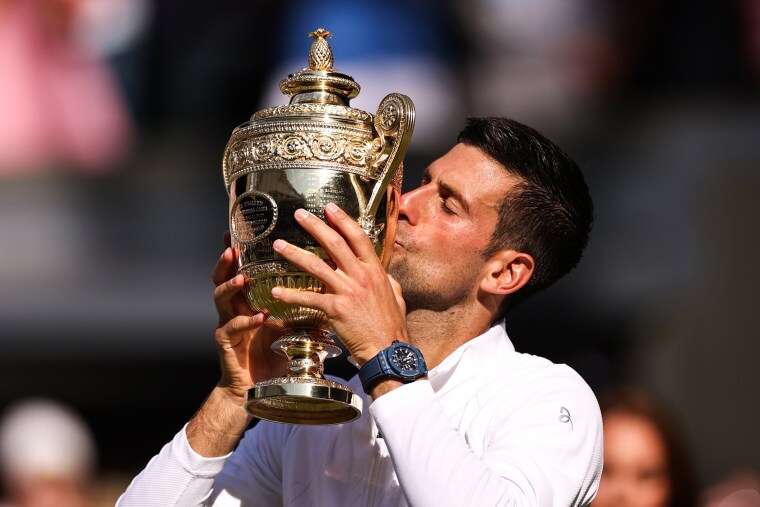 Djokovic has won the men’s tournament at SW19 for the eighth time, and only Roger Federer has won more.

Additionally, his victory put him one behind Rafael Nadal’s record of 22 male championships.

The Serb, though, never lost hope and used all of his knowledge and cunning to turn the match around.

“He’s a bit of a god, I’m not going to lie. I thought I played well,” Kyrgios said as he congratulated Djokovic.

Kyrgios, who is renowned for both his fiery demeanor and his explosive tennis, became irate when he started to lose his winning position.

On a hot Centre Court, Djokovic maintained composure while Kyrgios argued more and more with his support group.

Djokovic went to his haunches and picked a blade of the Centre Court grass to eat in what has since become a typical celebration after converting his third match point to secure victory.

The Serb, who lost to Rafael Nadal in the French Open quarterfinals and was denied entry to the Australian Open due to his vaccination status, achieved his first major victory of the year with this triumph.