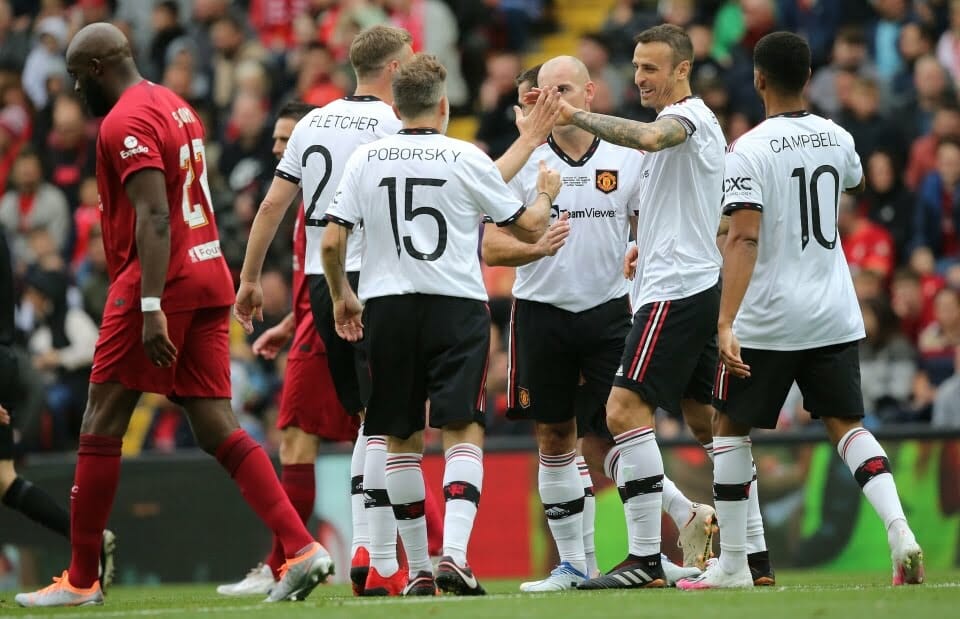 The heroes who returned to Anfield for the Legends match between Liverpool and Manchester United included Dimitar Berbatov, Martin Skrtel, and Roy Keane.

Despite the fact that Liverpool and Manchester United are currently idle due to the international break, Saturday’s match provided plenty of entertainment for the supporters of both teams.

Famous former Liverpool manager Kenny Dalglish and former starlet Andy Ritchie, a Manchester United fan from a young age, watched from the dugouts as their respective teams went back in time.

Liverpool was defending its “Legends of the North” championship from back in May after a 3-1 victory at Old Trafford, and this match featured many well-known players.

The game’s first goal, scored by none other than Berbatov, put Liverpool down 1-0. It came in the sixth minute.

The only goal of the first half was a first-time right-footed volley by the Bulgarian, who in his career scored five goals against Liverpool.

But soon after the restart, Liverpool equalised thanks to a goal from Mark Gonzalez, who scored twice in the previous May match.

Denis Irwin, who scored 33 goals for the team between 1990 and 2002, and Keane then entered the game for Man United.