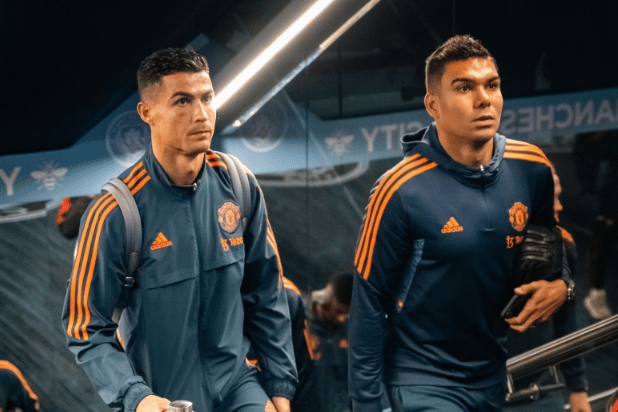 Cristiano Ronaldo is set to start with Casemiro after derby snub as Red Devils head to Cyprus for Europa League clash.

In their Europa League match against Omonia Nicosia, Manchester United will be looking for an immediate response after their Manchester derby loss.

The Red Devils’ recent winning streak came to an abrupt end after a humiliating 6-3 loss to rivals Manchester City.

Erik ten Hag’s team, which is currently second in Group E’s standings, will travel to Cyprus to resume their European commitments.

The Europa League match at the Tsirion Athlitiko Kentro stadium is set for 17:45.

In their first two games, United has only managed one victory, while Omonia is still at the bottom of the standings with no points.

Here is the confirmed XI for Man Utd lineup against Omonia Nicosia:

Meanwhile, Erik ten Hag, manager of Manchester United, has revealed that he intends to be ‘careful’ with Anthony Martial following his return to fitness, but has hinted at a significant role for the Frenchman.

Martial appeared to be at the end of his United career when he joined Sevilla on loan in January following an 18-month stint that produced just eight goals, despite having a 23-goal season in 2019–20.

“We are happy he’s back. But we will take it careful, step by step, in a process to bring him back,” Ten Hag explained in a club media interview.

“He [has] played now almost a half, so 35 minutes, which is good, and now we have to extend that. But [we will do that] from game to game, and we have a lot of games to cover.”