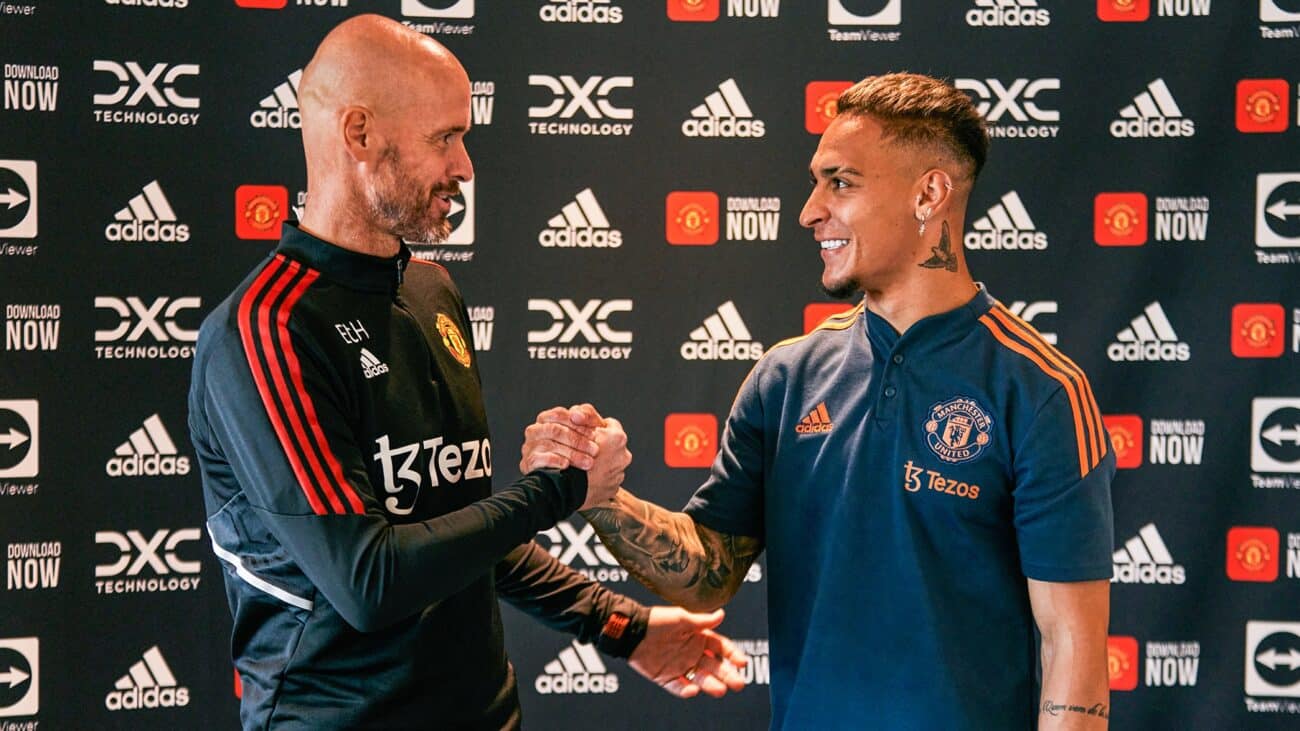 The Brazilian international joined Man Utd for €100 million at the end of the summer transfer window from Ajax, and he has gotten off to an impressive Premier League debut, scoring a beautiful goal against Arsenal.

Antony has revealed that Ten Hag’s training sessions are “very different” from those at Ajax in an interview with the club’s official website, where he also discussed how he has been able to adjust to the demands of the league:

“The team are part of an excellent squad so we have got to know each other and established an understanding to reach this level and develop our football,” He added: “We are getting to know each other better each day, game by game, so that this harmony can flow and it all works out.”