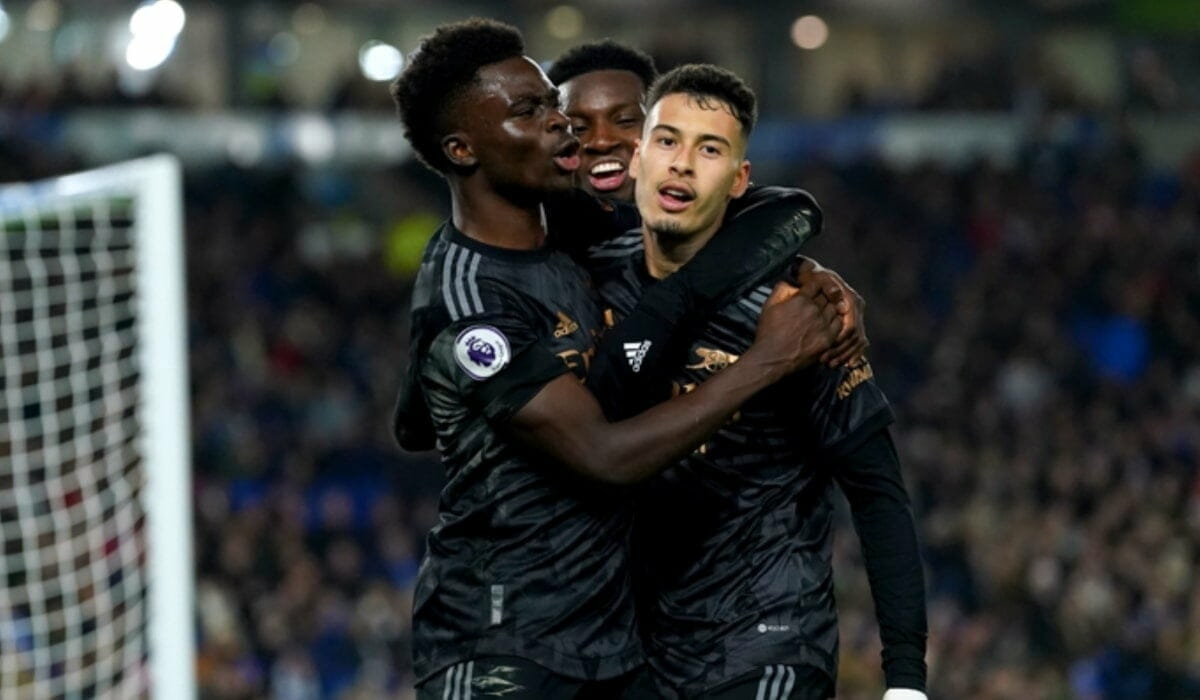 Bukayo Saka, Martin Odegaard, and Eddie Nketiah scored for the Gunners, who are now in position to win their fifth straight Premier League game and solidify their position as title contenders.

25 minutes from the end, Kaoru Mitoma cut the deficit for Albion before Martinelli, helped by a wonderful Odegaard assist, raced half the length of the field to elegantly restore the three-goal lead.

While Mitoma thought he had set up a spectacular finish, his 89th-minute strike was disallowed for offside, heightening the tension as the game entered its final minutes. Seagulls substitute Evan Ferguson also scored his first Premier League goal, adding to the tension.

The well-prepared visitors held on to celebrate an impressive victory and take a solid lead into 2023 despite the unwelcome anxiety of the late drama.

The fact that Mikel Arteta team‘s closest rivals Manchester City and Newcastle had both been held to home draws earlier in the day gave them confidence going into the evening kickoff at the Amex Stadium.

Saka put the North London visitors ahead after just 66 seconds as they quickly capitalized on their opponent’s missed opportunities.

The quick start shocked Brighton, who had honored their own World Cup stars in the matchday program, including absent tournament winner Alexis Mac Allister.

They could have easily fallen further behind had it not been for the skill of Mac Allister and Moises Caicedo, who was on suspension, in the middle of the field.

Oleksandr Zinchenko, a recalled left back for the Gunners, tormentor Martinelli, and midfielder Partey were all posing threats.

The Seagulls’ best first-half starts came from Leandro Trossard, but they were forced to count the cost of a costly nine-minute stretch either side of the break.

After Brighton failed to clear a Saka corner in the 39th minute, Arsenal captain Odegaard gave his team a cushion going into halftime by bumbling home a strong shot.

And the deficit quickly grew when, in the 47th minute, Nketiah, who was filling in for the injured Gabriel Jesus and continuing to impress, finished from close range to join Saka in scoring for the second game in a row after Brighton goalkeeper Robert Sanchez was unable to stop Martinelli’s low attempt.

Arsenal’s third goal initially sapped the crowd’s energy, but Mitoma, a Japanese winger, calmly finished beyond Aaron Ramsdale in the 65th minute to give Brighton a chance for a comeback.

The tense game remained helter-skelter, and as Albion pushed for a second with the support of a boisterous crowd, the Gunners broke in a devastating way.

With a lavish first-time pass, Odegaard set Martinelli free. The Brazilian took over from there, outpacing Lamptey and finishing low under Sanchez.

On the sidelines, Arteta joyfully embraced the goal, but there was still a lot of drama for him to deal with.

When Mitoma deflected his second of the game into the bottom right corner, the Gunners appeared to be in real danger of managing to throw away two points.

However, the VAR quickly put an end to the celebratory mood before the visitors survived six minutes of added time to tighten their grip on first place. 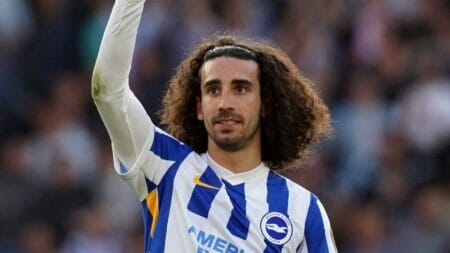 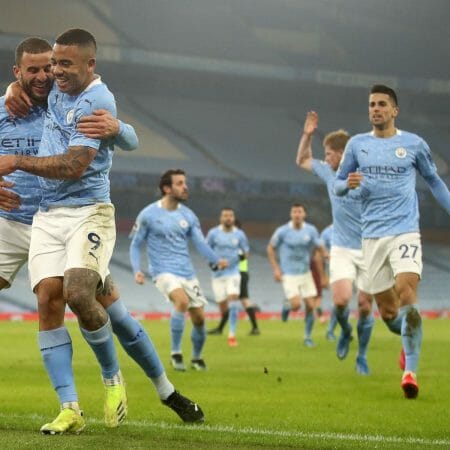 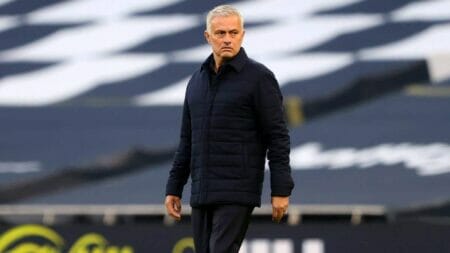