EPL: I have a ‘special connection’ with Mohamed Salah- Luis Diaz

Following Sadio Mane’s departure for Bayern Munich, Diaz appears to have nailed down the starting position on the left wing in Klopp’s 4-3-3 formation, but a familiar face remains on the other flank.

Mohamed Salah, who renewed his contract with Liverpool in the summer for a three-year period, is still an important member of the team and scored goals against Fulham and Manchester United.

Despite playing key roles in Klopp’s forward line, Diaz acknowledged he is still adjusting to sharing a team with Salah.

The 25-year-old arrived at Anfield from Porto for £49 million in January and made an immediate impact. He has continued to impress in the early going of this season, not least with a magnificent individual effort that saved a point for Liverpool with 10 men against Palace.

“It’s stupendous for me, being able to share my position in the team with Mo,” said Diaz. “I’ve seen him over many years on television at so many tournaments and I’d like to say I’m proud of myself, having reached this position where I can share with him these experiences, to wear the same shirt and be a team-mate of his. It’s really something special.

“Every day, playing alongside players like him, it helps you to improve, not just in a footballing sense as a player but also as a person.

“He’s a great guy and there’s a very special connection between him and me, and between all of us, in fact.” 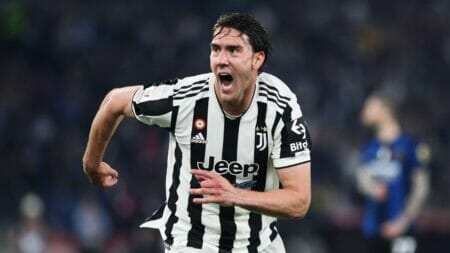